Meet Mamma-Miya, an iOS app designed to support busy mothers to declutter their mind, stay organised and make room for what matters to them. 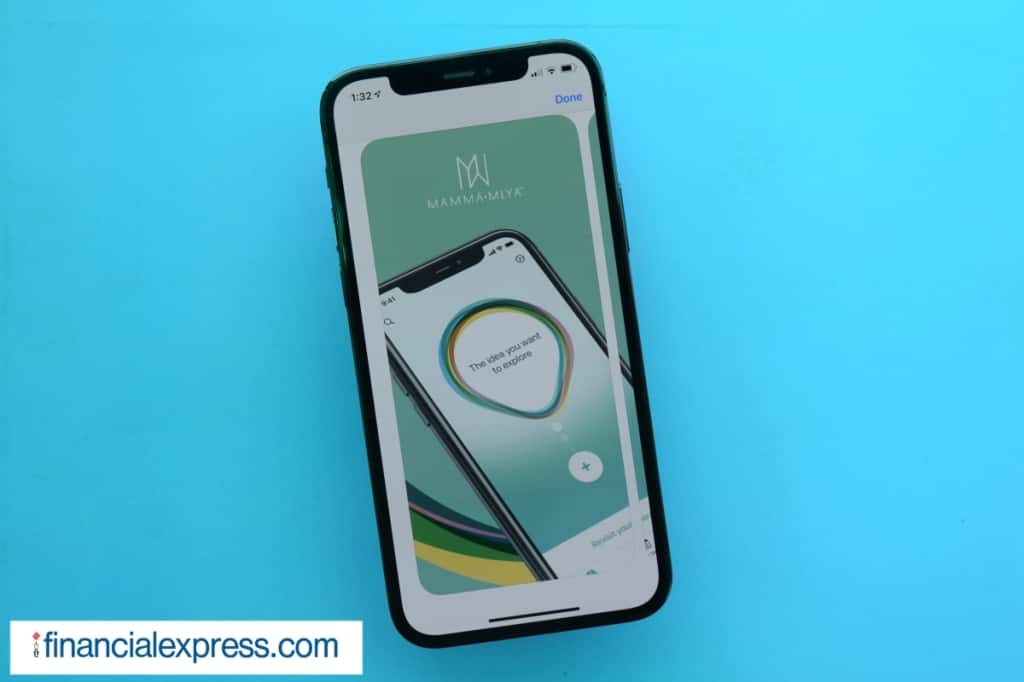 Mamma-Miya is an iOS app designed “to support busy mothers to declutter their mind, stay organised and make room for what matters to them.” (Photo credit: Saurabh Singh/Financial Express)

Aashika Chittiappa spent her academic years at premier institutions across India, Germany and the UK primarily focussed on business management, and finally specialising in finance and marketing. She began her career in finance at Ernst & Young and then moved into sports marketing with some of the world’s largest sporting properties and brands. But when she became a mother for the first time in 2015, and decided she — finally — needed some break, she realised there were just too many gaps, too many struggles in her experience that she was not prepared for. She wasn’t alone. Pretty much every mother she was in touch with was going trough the same ups and downs. It was at this point she took a call not to return to a regular career and start Mamma-Miya.

It started as a small WhatsApp group. In time, this little WhatsApp group turned into a really big Facebook group, purely organically, transforming into this really beautiful, open space where mothers would bring up all kinds of issues and talk about them.

Chittiappa and her co-founder at the time, Sarah Chandy, would spend the next two years meeting and interviewing mothers from around the world, trying to understand their problems and matching them with theirs and look for ways to solve them. They would also talk to mothers in their fifties and sixties, who seemed “sorted”, had fabulous careers while making time for all the relationships that mattered to them, to understand what they were doing to show up “so fully” in life.

It was all about bringing mindfulness and intention and setting certain goals and planning your life better — all this would eventually become the North Star for Mamma-Miya, an iOS app designed “to support busy mothers to declutter their mind, stay organised and make room for what matters to them,” Chittiappa tells Financial Express Online.

Until one day, Chandy left the company for personal reasons and for a year and a half, “it almost felt like things were coming to a grinding halt,” because Chittiappa had no tech background whatsoever. It was difficult to find a replacement.

She put the job profile on a prominent website that encourages women who have taken career breaks to start over again because she felt “you had to be a mother or completely empathise with her situation to build the right kind of a product, otherwise it would be purely theoretical.” After sifting through around a hundred CVs, she chanced upon iOS developer, Namrata Mayanil, and was “just blown away by the kind of experience that she had.”

It was not just about her experience as an Apple veteran, but her value system and vision for the company — considering she herself is a mother of two children who are older than Chittiappa’s — that it felt almost like divine intervention that, had she not met her at that time, she didn’t know how much longer she would have been able to hold that ship of Mamma-Miya on her own. The co-founder synchronicity was amazing, and it was clear early on that with Mayanil on-board, “Mamma-Miya was on its way somewhere.”

Mamma-Miya’s unique proposition is that it is purely digital. It is simple and easy to use. It is right at the cusp of productivity and wellbeing.

“We don’t want to be this place where mothers are spending an infinite amount of time, but we want to give them time back so they can use it for the things that matter to them,” Chittiappa says, adding “it’s really about bringing more purpose and peace to the lives of these mothers.”

Often, there are a lot of things that stay in their minds that cause this loop, which endlessly runs and takes away a lot of their energy and then “you tend to miss things, things tend to slip from the cracks.”

Mamma-Miya helps create a seamless bridge where they can “just dump that thought and get it out and get moving in life” through a concept called “brain dump” without putting a schedule to it. Another concept called “hats” lets mothers see their life by the different hats they wear.

“As a mother, it’s very important for me to be able to balance my time and mind space and be able to do justice to all the different roles that I have.”

A stroke of magic

One fine day in 2020, even as the “two-mom team” was having one of those discussions about product roadmap, Mayanil received an unlikely email. Chittiappa calls it “a stroke of magic by the universe.” It was a mail from Apple.

The iPhone maker had really liked their work and wanted to connect to know how they could help improve Mamma-Miya and take it to lots of other people who would possibly need it. This would be part of Entrepreneur Camp, an Apple initiative to celebrate and encourage women founders and developers to build the “next generation of cutting-edge apps” through one-on-one code-level guidance, mentorship, and insights from top engineers and leaders. Selected teams also receive one year of membership in the Apple Developer Program, support from an Apple Developer representative for at least one year, and access to the Apple Entrepreneur Camp alumni network in addition to being invited to Cupertino for WWDC free of cost (this is happening virtually this year in the wake of a global pandemic).

One of the things that really moved her was a session by Lisa Jackson, Apple’s vice president of environment, policy and social initiatives. It was about creating more mindspace for the environment in one’s daily lives, something that inspired them to include an “environment hat” in the app. A slew of other product demo sessions meanwhile helped articulate their what/ who/ why in under three minutes, something that is easier said than done, according to Chittiappa.

Mayanil says getting in touch with design evangelists at Apple has helped bring quality and value to the app in addition to what she calls “the Apple simplicity.” Together, they’ve brought Siri integration and iOS widgets to Mamma-Miya on iPhone and iPad even as work is on to implement machine learning framework into it to make it more intelligent (in a very inclusive and useful sense).

Some of the most exciting discussions the team has had with Apple is about a new section called “insights” that would help mothers “make better decisions in the future basis of how they are doing this in the present.” The feature is expected to be rolled out in the next couple of months.

“Without Apple’s handholding and inspiration through the whole process, I think we might never have been able to articulate and visualise it so beautifully.”

What’s remarkable — and inspiring — is that Mamma-Miya has grown “completely organically” so far without any marketing spend whatsoever.

“We still have really small numbers but response has been consistent over the last few years and 80-85 percent of our users come from outside of India, predominantly from the US, followed by Australia, the UK and large parts of Europe.”

The co-founders aren’t concerned so much about the numbers though. They are really focused on solving a problem — to help mothers thrive, rather than just survive throughout their motherhood journey — and “growth will come when we completely nail the product market fit.”

Also Read | The story of Wysa: How an Indian startup built a mental health chatbot for the world