Sony goes for image/content makeover, looks to capture the heart of the entire household 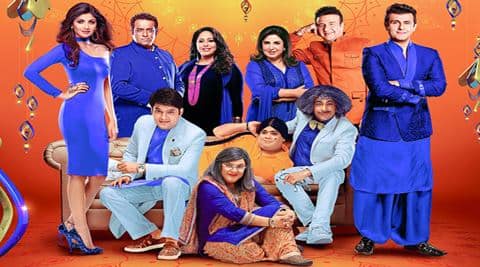 Hit by a controversy, Kapil Sharma and his show saw a transit from Colors TV to Sony last year.

Celebrating 21 years in the broadcasting business, Sony Entertainment Television (SET), the general entertainment channel from Sony Pictures Networks India (SPN), has adopted a new brand identity and is undergoing a programming refresh to build habitual viewing and strengthen its viewership base.

Donning hues of purple, orange and gold, the refreshed on-air look is an attempt to create a strong visual appeal for audiences across the country. Three years ago, the channel had changed its packaging to a sparkling new one to reaffirm its creative vision and content innovation. However, since 2015, the channel has been struggling to connect with viewers, as it kept slipping on the ratings chart due to the poor performance of its shows. As a result, SET was highly dependent on CID and Crime Patrol as it underwent one programming overhaul after another.

Although the channel is still working on strengthening its programming and improving viewership numbers, there are a few elements that seem to be working right for SET. The channel has climbed to number three in the Hindi GEC urban ratings chart on BARC with The Kapil Sharma Show, Mahabali Hanuman, Super Dancer and Kuch Rang Pyar ke Aise Bhi performing well.

The positioning SET wants to adopt now is ‘When a relationship turns into partnership, life looks up and leaps forward’, and this is what it will reflect through its programming going ahead.

Says Danish Khan, business head, Sony Entertainment Television, “We have grown considerably in the weekend slot and we will continue building this through our line-up of new shows.” Building the 8pm slot for talent shows, the channel will bring in the seventh season of singing reality show Indian Idol from December 24, after a hiatus of four years. The show will see the original judges Sonu Nigam, Anu Malik and Farah Khan return to mentor the contestants. SET is also presently working on reviving other non-fiction formats like KBC, Dus ka Dum, etc.

But the major focus area will be strengthening and re-working on the weekday line-up where the channel has been struggling in the past. The strategy, Khan highlights, is to expand the programming hours from the current 8-11pm to 7pm-12am by introducing new shows like Peshwa Bajirao and Moh Moh ke Dhaage among others.

“Changing people’s habits takes time. Moreover, the number of shows and variety has to be in place to build habitual viewing and we will be doing that over the next six months. Last year was focussed on building the weekends, and now we will strengthen weekdays,” Khan states. He adds that earlier, male viewers strongly identified with the channel but now SET has a balance of male and female viewership as it aims to focus on consistency, quality and variety.

In its 21 year journey, SET has been known to introduce new programming trends in the industry. But in the last couple of years, the popularity of the channel waned as the content and communication strategy was amiss with viewers. Change is the only constant since then as SET keeps re-sketching its content plan. But with Kapil Sharma’s comedy show increasing in popularity, it helped create further buzz for the channel. No wonder then that the new look was unveiled through the comedy show recently.