India saw a brief spurt in digital payments two years ago when Prime Minister Narendra Modi’s government banned most of the nation’s existing bank notes, although the spike petered out as new bills were printed. 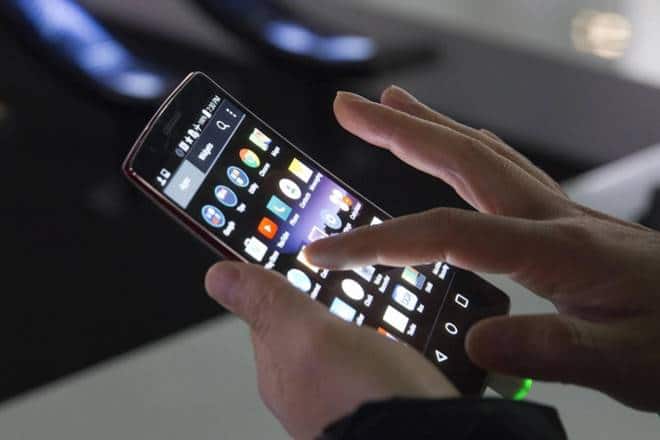 The PhonePe option for making the payments has gone live from August 1.

Surendrasingh Sucharia always has a few thousand rupees in his pocket, but can’t recall the last time he used cash. The 29-year-old product manager in Bangalore uses a string of smartphone apps including Google’s Tez and India’s Paytm to pay for everything from $40 bags of groceries to street food that costs pennies.

A bewildering array of digital payment businesses from global names like Facebook Inc.’s WhatsApp to Google are in a slugfest to win Indian users. Warren Buffett’s Berkshire Hathaway Inc. is set to acquire a stake in the company behind payments leader Paytm, people familiar with the matter said this week.

Meanwhile, a string of other big-name players are also expanding in the country’s digital payments market including its banks, its postal service, and its richest man, Mukesh Ambani.

India saw a brief spurt in digital payments two years ago when Prime Minister Narendra Modi’s government banned most of the nation’s existing bank notes, although the spike petered out as new bills were printed. But over the past year, a string of new apps have made payments increasingly easy, and the discounts and cash bonuses they offer are proving irresistible to young, urban users like Sucharia.

Credit Suisse Group AG now estimates that the Indian digital payments market will touch $1 trillion by 2023 from about $200 billion currently. Cash still accounts for 70 percent of all Indian transactions by value, according to Credit Suisse, and neighboring China is far more advanced with a mobile payments market worth more than $5 trillion.

But local players have a stranglehold on China’s digital payments space. Modi’s administration, meanwhile, has welcomed foreign firms in order to expand financial services across India.

“This kind of a promising market exists nowhere else,” said Vivek Belgavi, a Mumbai-based partner at consultancy PwC India with an expertise in financial technology.

Still, the Indian payments market remains a chaotic field where the rules are hazy on what players can offer. And users often switch between apps. Rahul Matthan, a Bangalore-based lawyer, says he’s used every one of the leading payment apps, although he now confines most of his transactions to BHIM, Paytm and WhatsApp payments.

Experts like Vinayak HV, Singapore-based senior partner at McKinsey & Co., say profitability isn’t close on the horizon for the industry. While it’s too early to call the game, here are a few players with a shot at winning:

Facebook’s WhatsApp:
Began beta testing its payments service on a million Indians in February this year.

Pros: WhatsApp is India’s most popular messaging app, whose quarter of a billion users text family and friends all day. It doesn’t need to put in cash to acquire customers and that’s a massive advantage.

Cons: The service is stuck in beta mode, and its country-wide launch has been impeded by regulatory questions over areas like storage of user data. Meanwhile, the government has been upbraiding WhatsApp for not curbing fake videos that have gone viral on its messaging service and led to the lynching of over two dozen Indians. This could further delay the full-fledged launch of its payments business.

Cons: Tez is lagging rival WhatsApp whose strong base of users come from its messaging service. Google has belatedly introduced a chat feature on Tez.

Pros: When Walmart Inc. acquired a majority stake in PhonePe’s parent Flipkart Online Services Pvt. , the payments app also acquired a global backer. All signs are that PhonePe is already gaining from Walmart’s financial heft with a recent infusion of about $66 million from Flipkart.

Cons: Flipkart rival Amazon has been steadily pumping capital into its own wallet, Amazon Pay, and increasing its user base.

Pros: An early player, it got a boost from India’s demonetization drive in 2016, when a scarcity of cash sent millions scurrying toward providers like Paytm. The company has since built a wide network of merchants and outlets with a robust system of cashbacks and discounts to keep users locked in.

Cons: Paytm’s users have to go through a multi-step enrollment process since it’s a licensed payments bank, unlike most of its digital wallet rivals like Tez and PhonePe. The regulator recently barred Paytm temporarily from enlisting new users for non-compliance with procedures. The company said it has responded to the regulator’s concerns.

BHIM:
Has 32 million app downloads. Designed by UPI, it’s the government’s own play in digital payments. The app is simple and fast, appealing to non-technologically savvy users in smaller towns and rural India.

Pros: The government has been actively pushing BHIM, using Modi’s face to promote its brand, setting transaction targets for banks and state-owned utilities to boost its user base.

Cons: Despite an initial popularity burst, it hasn’t been able to keep pace with rivals whose bottomless pockets have kept users hooked with sweeteners.

Next in Line:
A brand new India Post Payments Bank, set up by the state-owned Department of Posts, is starting operations with 650 branches and thousands of trained postmen fanning out to far-flung corners to teach users how to use its app. Also, Ambani’s digital payments business via his Jio mobile service, has the potential to jolt rivals.