With cinemas re-opening to good numbers and a big line-up, industry banking on quick recovery 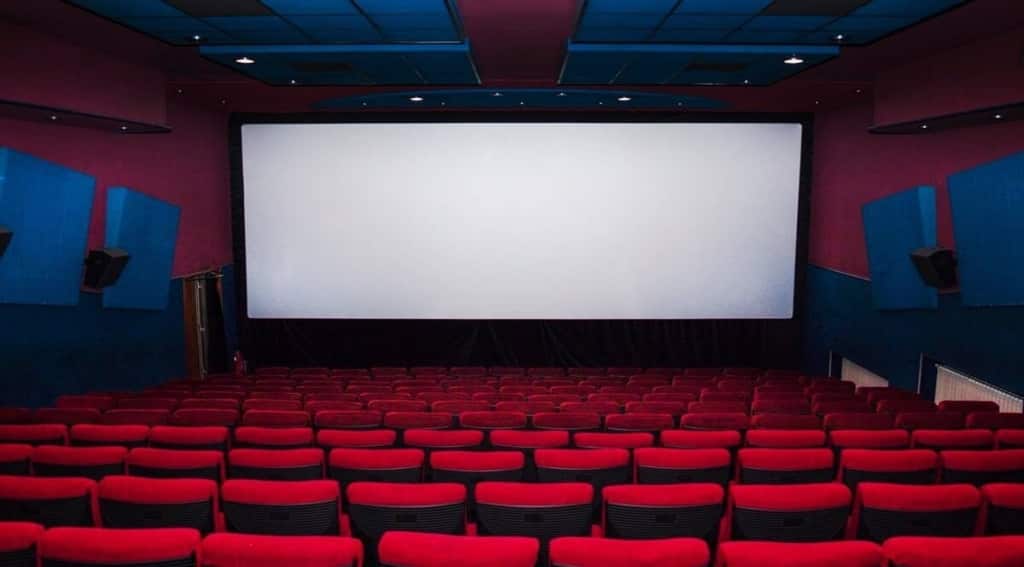 Since the third wave delayed releases, recovery of the industry slowed down in the January to March quarter. Taurani forecasts box office revenues to be at 35-40% of pre-Covid levels in Q4FY22.

With Covid figures taking a sharp dip, cinema halls in Delhi and Mumbai have been allowed to operate at full capacity. Cinegoers finally return to the big screen and cinema hall owners are elated to see audience appetite for the silver screen.

The latest Hindi film, Alia Bhatt-starrer Gangubai Kathiawadi, which released last week, collected Rs 68.93 crore in the first week and Rs 73.94 crore in week 2, as per tweets by trade analyst Taran Adarsh. With Maharashtra cinemas opening at full capacity in 14 of the 36 districts, which include Mumbai city, Mumbai suburban district, Pune, Nagpur, Ratnagiri, Satara, and Kolhapur, business is only expected to boom. The state is one of the largest markets for the cinema exhibition business and brings in over 40% of box office revenues for Bollywood films. Until February, 35% of cinema halls were open at 100% occupancy in India. Karan Taurani, senior vice-president of financial advisory firm Elara Capital, expects that with Maharashtra allowing 100% occupancy in 14 districts, 80% of India’s box office will be back in action in full force starting this month. Maharashtra and Delhi together contribute about 35-40% of box office collections.

Since the third wave delayed releases, recovery of the industry slowed down in the January to March quarter. Taurani forecasts box office revenues to be at 35-40% of pre-Covid levels in Q4FY22.

Also Read
Here’s how many crores Amazon Prime Video paid for the rights of Pathaan which is releasing on OTT this April
Aditya Chopra records his first on-camera interview for ‘The Romantics’, a Netflix docu-series celebrating YRF’s legacy
On Jackie Shroff’s birthday, let’s look at 5 iconic roles that prove he is a versatile actor
The first picture of Priyanka Chopra’s baby Malti Marie revealed. Check here

“The premiere of Alia Bhatt-starrer Gangubai Kathiawadi last week couldn’t have been a better time to celebrate the reopening of theatres,” says Delhi-based Shashank Raizada, president of National Association of Motion Picture Exhibitors. Raizada, who is also the managing director of one of Delhi’s oldest cinema theatres, Delite Cinema, said, “We are experiencing steady growth in footfalls. Gangubai is doing reasonably well and giving good numbers. The expectation in business will rise if there is no fourth wave. We hope to expect more than 50% revival in cinemas as compared to the pre-pandemic level,” he says, pointing at how cinemas bounced back when Spider-Man: No Way Home, debutant Ahan Shetty’s Tadap, Salman Khan starrer Antim: The Final Truth, Allu Arjun starrer Pushpa: The Rise were released last year and showed steady sales. Diwali release Sooryavanshi saw collections of Rs 120.66 crore in its first week and Christmas release 83 managed to earn Rs 71.87 crore in the first week.

“Admissions and occupancies are gradually returning to pre-Covid levels in specific regions as seating capacity and operating restrictions are lifted. March sustains the momentum generated in February with some great movies. This includes Jhund starring Amitabh Bachchan, Batman, Radhey Shyam (Telugu, Tamil, Hindi), Akshay Kumar’s Bachchan Pandey, SS Rajamouli’s RRR, Oscar-nominated King Richard, Bhool Bhulaiyaa2 and The Lost City starring Sandra Sandra Bullock and Brad Pitt. We hope FY23 will be the biggest year for the industry with the kind of content lineup we have,” says Gautam Dutta, CEO, PVR Limited, which has a total screen count of 860, and 179 cinema theatres with a total seating capacity of 1.83 lakh and operates in 73 cities offering 102 premium screen formats (12% of total screen presence).

“The Maharashtra government’s decision to allow cinemas and multiplexes operate at 100% capacity is a positive move towards normalcy after the turmoil of two years. The signs of the revival were visible over the past few months even with 50% seating restrictions, and the new norms allowing 100% seating come as a massive relief. The response to all the three movies last week — Gangubai Kathiawadi, Bheemla Nayak and Valamai — has been fantastic,” says Rajender Singh Jyala, chief programming officer, INOX Leisure Ltd, which is currently present in 72 cities with 160 multiplexes, 675 screens and a total seating capacity of 1,52,173 across India. “With movies like Prithiviraj, Attack, Jayeshbhai Jordaar, KGF: Chapter 2 and Lal Singh Chaddha, the rest of the year will see ample thrill in cinemas,” he adds.

MC Bobby, executive member, Film Exhibitors’ United Organisation of Kerala, feels it will take another two years for theatre owners to make good what they lost during Covid. He adds that return to cinemas will depend on the star value as fans come to theatres for movies of big stars like Vijay, Ajith and Rajnikanth. Bheeshma Parvam, an action thriller starring Mammootty, reported record first-day collections. Kerala has 670 screens, with stand-alone theatres a rarity. The state government allowed 100% capacity in theatres from March 3.