The all-new Skoda Enyaq iV electric SUV has been spotted in India for the first time ever. It is expected to be launched in India early next year to rival the likes of the Kia EV6, Hyundai Ioniq 5, etc. 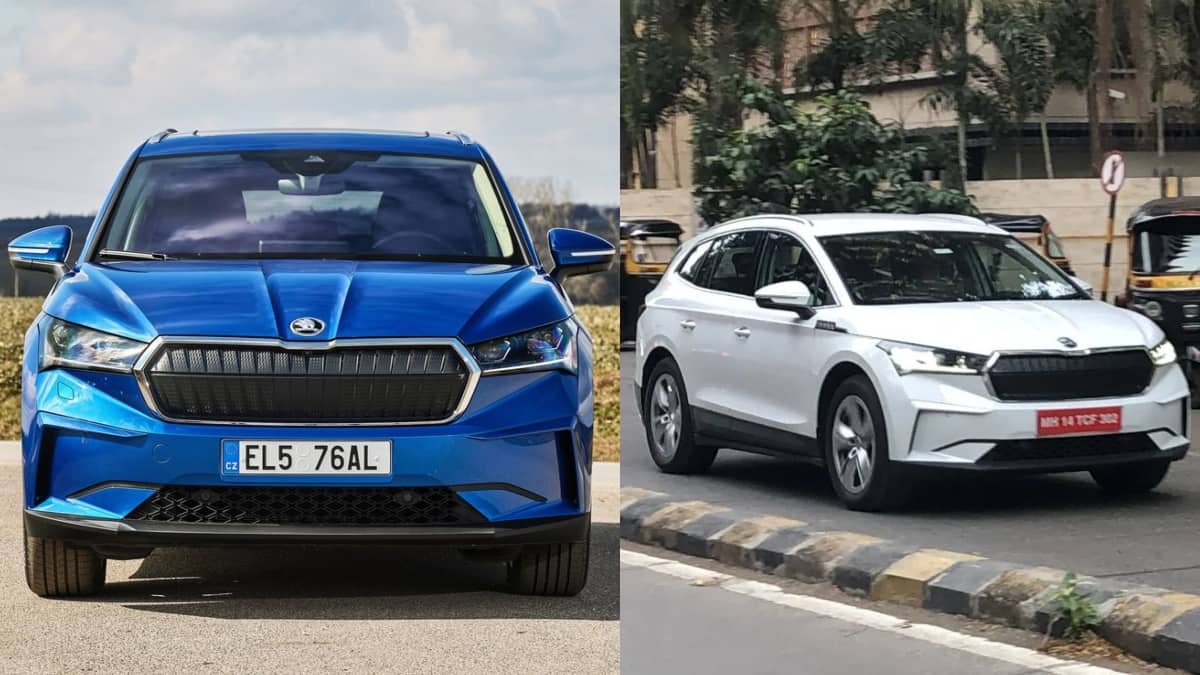 Skoda is planning to launch its first electric car, Enyaq iV, in India. The company has already started testing this electric SUV on the Indian roads and it has been recently spotted for the first time ever. The all-new Skoda Enyaq iV made its global debut in September 2020 and it is expected to be launched in the Indian market early next year.

This Czech carmaker’s first fully-electric SUV is based on the Volkswagen Group’s MEB born electric platform that also underpins the Volkswagen ID4 and the Audi Q4 e-tron crossovers. While in the global markets it is available in multiple powertrain options, in India, the Skoda Enyaq iV is likely to be introduced in the top-spec 80x version only.

The Skoda Enyaq iV 80x version gets an 82 kWh battery pack and comes with a dual motor set-up, one on each axle. It develops 261 bhp of maximum power along with 425 Nm of peak torque and comes with AWD (all-wheel-drive). It is claimed to sprint from 0 to 100 kmph in just 6.9 seconds.

It is also worth mentioning that the Enyaq iV gets an RS model in the global markets which is unlikely to come to India. The new Skoda Enyaq iV’s 80x variant has a WLTP certified range of 510 km per charge. This electric SUV supports up to 120 kW of fast charging, which can juice it up from 5-80 per cent in just 38 minutes.