The interior images of the upcoming 2022 Mahindra Scorpio-N have been officially revealed ahead of its global debut scheduled for June 27, 2022. It will feature a premium dual-tone dashboard, an electric sunroof, captain seats, and more. 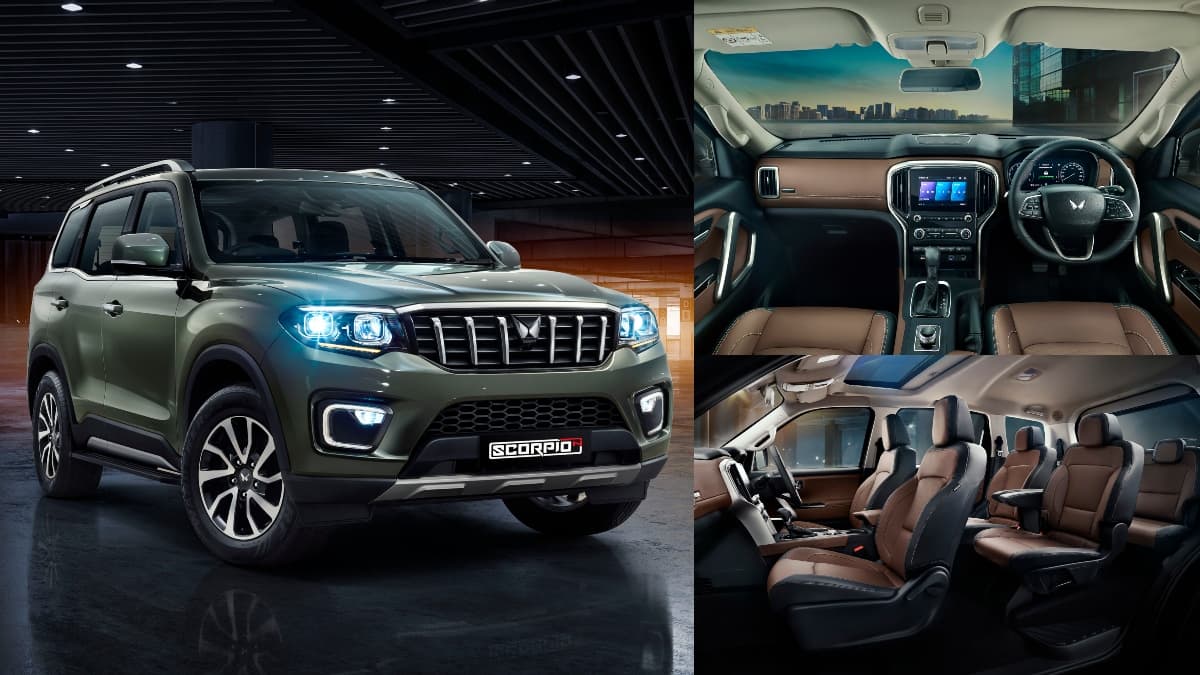 The all-new Mahindra Scorpio-N will make its global debut in India on June 27, 2022, and there’s a lot of buzz around it. It will be the biggest launch of the year from the house of this Mumbai-based home-grown UV maker. Ahead of its world premiere, Mahindra has now officially revealed the interior images of the Scorpio-N that reveal some key features of the SUV.

Mahindra’s new-age SUVs are quite feature-rich and the same is true for the new Scorpio-N as well. The official video of the SUV reveals that it will get a premium dual-tone dashboard along with optional captain seats for middle-row passengers. It will feature an Adrenox-powered large 8.0-inch touchscreen infotainment system with Android Auto and Apple CarPlay connectivity, an electric sunroof, Sony’s premium sound system, dual-zone climate control, and more.

The all-new Mahindra Scorpio-N will share its powertrains with the XUV700 but might be offered in a lower state of tune. It will get a 2.0-litre mStallion turbocharged petrol motor and a 2.2-litre mHawk diesel engine. Transmission options will include a 6-speed MT and a 6-speed torque-converter AT. It will feature Mahindra’s new 4 XPLOR sophisticated 4WD system as well.

Mahindra is gearing up to introduce the all-new Scorpio-N in India on June 27, 2022, while the official launch and price announcement might take place in the coming months. Currently, the Mahindra Scorpio is priced between Rs 13.65 lakh – Rs 18.88 lakh, ex-showroom. One can expect the new Scorpio-N to charge a premium over these prices. It will rival the likes of the Tata Safari, Mahindra XUV700, etc.