The new 2022 Audi A8 L Facelift will be launched in India on the 12th of July. Pre-bookings for this petrol-only rival of the BMW 7 Series and the Mercedes-Benz S-Class are already open. 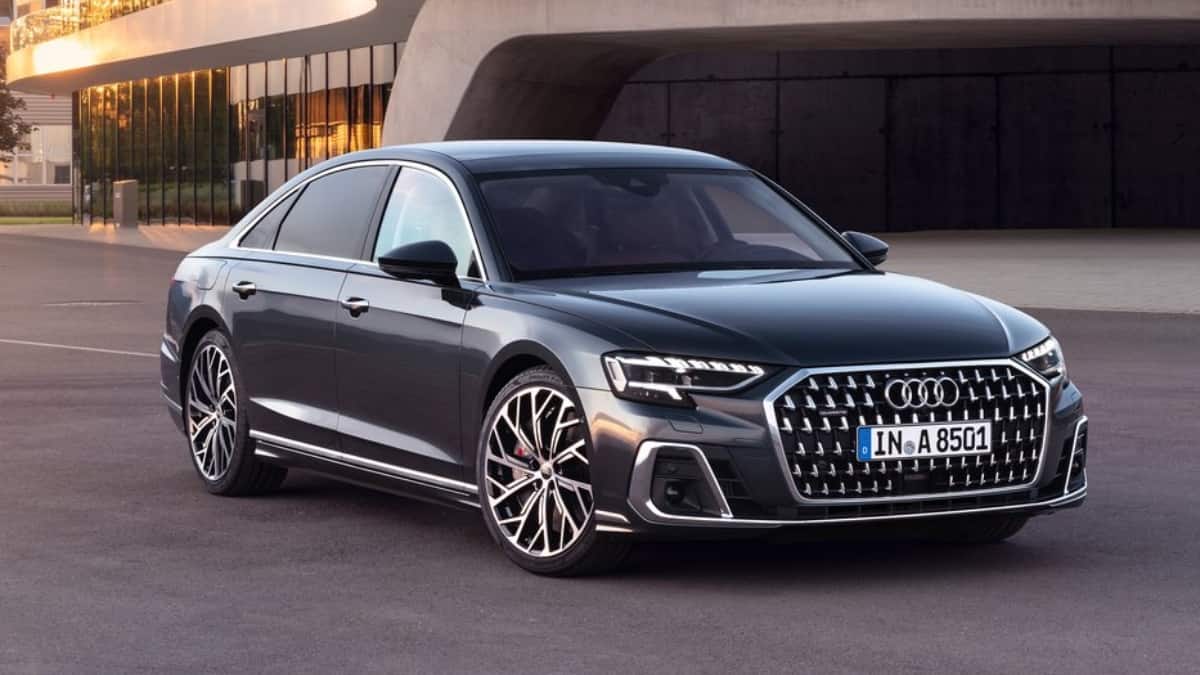 Audi India has today announced that the new A8 L Facelift will be launched on the 12th of July. This German luxury car manufacturer’s Indian subsidiary is already accepting pre-bookings for the same. One can book this flagship luxury sedan by paying a token amount of Rs 10 lakh. The 2022 Audi A8 L Facelift will get some cosmetic updates and new features.

For starters, the front fascia of this luxury sedan will feature an updated grille with bold chrome studded design that has a 3D appeal. It will also sport redesigned digital Matrix LED headlights along with updated bumpers and chrome surrounds. The side profile of the updated A8 L will house new multi-spoke alloy wheels.

On the inside, the new Audi A8 L will feature a 10.1-inch touchscreen infotainment system, an 8.6-inch curved display for operating climate control functions, and Audi’s virtual cockpit as well. Moreover, the rear seat occupants will now get two 10.1-inch infotainment screens that will be controlled by a tablet in the centre armrest.

Powering the 2022 Audi A8 L Facelift will be the same 3.0-litre turbocharged V6 petrol engine that powers the current model as well. It will develop 335 bhp and 500 Nm of peak torque, paired with an 8-speed automatic transmission. It will also get Audi’s Quattro AWD system and a 48V mild-hybrid technology. The new Audi A8 L will rival the likes of the BMW 7 Series and the Mercedes-Benz S-Class.