Only a tenth of the country’s estimated 50 crore working population now comes under some sort of social security cover. 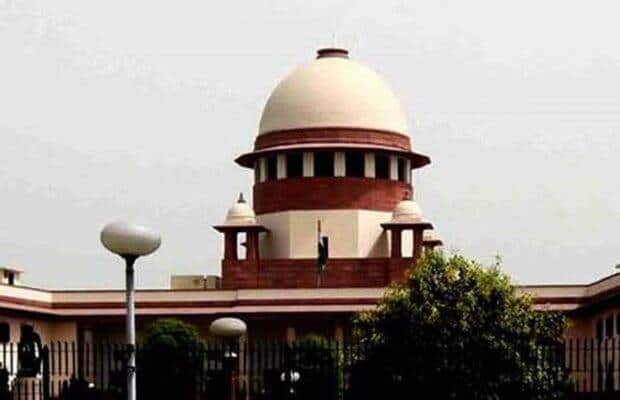 The apex court posted the matter for further hearing in January.

The Supreme Court on Monday sought response from the Centre on a PIL seeking social security benefits for ‘gig workers’ employed by online food delivery apps like Zomato and Swiggy, taxi aggregators like Ola and Uber, and courier services.

A Bench led by Justice LN Rao issued notice to the Union ministries of commerce and industry, food and public distribution, electronics and others on the PIL by the Indian Federation of App Based Transport Workers (IFAT) wanting cash transfers of Rs 1,175 per day for app-based drivers and Rs 675 per day for others till December 31 or till the pandemic subsides. Besides, the petition is seeking a declaration that all app-based workers be recognised as unorganised workers as per Unorganised Workers’ Social Welfare Security Act, 2008. IFAT also wants health insurance, pension, disability allowance and maternity benefits for all gig workers.

The apex court posted the matter for further hearing in January.

Only a tenth of the country’s estimated 50 crore working population now comes under some sort of social security cover.

Nearly 11 crore unorgansied sector workers have got themselves registered on the e-Shram portal so far, which is aimed at creating a comprehensive database of such workers, and facilitating delivery of various welfare programmes and entitlements meant for them.

Senior counsel Indira Jaising, appearing for IFAT, contended that currently these workers are being denied the benefit of social security under any of labour laws for organised or unorganised sectors. She argued that the drivers or delivery workers are actually workmen in the classical sense of the word.

“Denial of the social security to the “gig workers” and the “platform workers” is an affront to the workers’ right to life and right against forced labour that are secured by Articles 14, 21 and 23 of the Constitution,” the PIL stated, adding that the absence of social security is hitting gig workers even harder with reducing commissions.

Alleging that Uber, Ola, Swiggy and Zomato give their workers contracts of the nature of “take it or leave it”, the PIL alleged that rising daily delivery targets often deny a delivery bonus to the gig workers, leave alone an opportunity or time to work with another delivery app side-by-side. Technically, a gig worker engaged with a company can also work with another company as none of the contract binds him/her, according to the IFAT.

IFAT also claimed that commissions to app-based delivery personnel have declined from around Rs 50 per delivery to Rs 20 per delivery, with an equally gruesome picture for cab drivers. It has also questioned the revised daily targets for gig workers, which claims are practically impossible for riders to claim daily bonuses of Rs 500 or above.

The petition stated that “the companies have been claiming that there exists no contract of employment and their relationship with such workers are in the nature of partnership. If such a claim were to be accepted, this would be inconsistent with the purpose of social-welfare legislations….”

It further contended that the companies, which owns the apps, exercises complete supervision and control over the manner and method of the work with those who are allowed to register on the said apps. The PIL said that gig workers are still outside the ambit of Contract Labour (Regulation and Abolition) Act, 1970 and The Employment Compensation Act 1923.

Next Story
Your Money: Getting a handle on investment risks in MFs