While currently the lowest-priced non-invasive ventilator costs around Rs 15,000, the model developed by NIT-Calicut, would be priced in the range of Rs 7,500 to Rs 8,000. 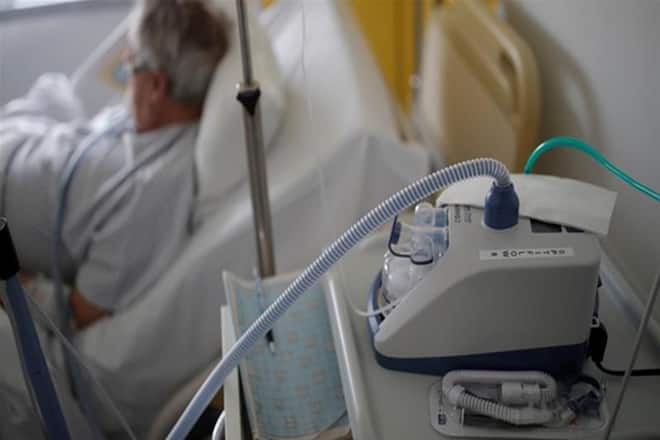 Kerala PSU KSDP is readying the commercial production of what could be the country’s cheapest emergency ventilator. While currently the lowest-priced non-invasive ventilator costs around Rs 15,000, the model developed by NIT-Calicut, would be priced in the range of Rs 7,500 to Rs 8,000.

“We expect to go into production by July-end, provided we get go-aheads from Kerala Government and from ICMR. The prototype by NIT researchers, had been vetted and validated by doctors at Calicut Medical College,” CM Chandrababu, Chairman, Kerala State Drugs and Pharmaceuticals Limited (KSDP) told FE. The clearances are unlikely to be delayed, considering the screaming shortage of emergency ventilators in India.

KSDP has already set up its plant for ventilators. Currently, the capacity is for 200 ventilators per month. Traditionally a drug manufacturing enterprise, KSDP had been preparing for medical device manufacturing from last March, at the behest of Kerala Government. NIT-C had signed a technology transfer MoU with KSDP.

Also Read
Ever heard of ‘Beauty Parlour Stroke Syndrome’? You might want to be careful the next time you get a hair wash
Yog Nidra: A perfect Guide for working professionals
Chikungunya cases on rise: Chandigarh records 230 cases out of nationwide 287 cases this year; Check symptoms & precautions here
Coronavirus India Update: Active Covid cases in country dip to 16,098

The new device is no substitute for the mechanical invasive ventilator, but it is portable and accommodates the challenges of Covid-19 treatment. “The exhaled air of Covid-19 patient, using the conventional non-invasive ventilator, would be infected. In the model that we developed, the exhaled air is bubbled through soap solution to disinfect it, before releasing to the atmosphere,” says Sajith Vandana, Head, School of Materials Science and Engineering (SMSE), NIT-C. NIT-C had also developed a reusable aerosol box to go with the ventilator.

“We could cut the costs of production, because except for its German imported top quality air vacuum system, all components are indigenous,” says Chandrababu. KSDP is confident of scaling up for supply to the national market, once it gets the ICMR nod. In the last two months it has been supplying Covid-related medicines to other States like Karnataka and Telangana.

Follow us on
Latest News
Paving the way for climate in finance
Must banks be big to succeed?
India set to dominate global supply chain: Tata Sons chief
Don’t see a major disadvantage in 5G rollout delay: Voda Idea CEO
US treasury secretary to visit New Delhi on Nov 11, to meet FM Nirmala Sitharaman
Govt launches scheme to support PPP projects
Weak volumes at consumer firms hint at slow recovery
Photos
Heart-wrenching! Here is a look at Morbi and the suspension bridge that collapsed
4 days agoOctober 31, 2022
In Pictures: PM Modi in Kargil to celebrate Diwali with soldiers, says, ‘All of you have been my family for years now’
2 weeks agoOctober 24, 2022
In Pictures: PM Modi inaugurates Deepotsav in Ayodhya; World record set by lighting of over 15 lakh diyas
2 weeks agoOctober 24, 2022
Read More
×
Govt reverts to releasing trade data only once a month
Winter crop sowing up 16% on year
Indirect tax receipts to exceed budget estimate by Rs 50,000 crore
IndiGo’s Q2 loss widens to Rs 1,585 cr
Which is the best hybrid car to buy?
A road trip to the two extremes of Uttarakhand