Actually, for many decades, there has been some reluctance in India to have an informed debate on the efficacy of medical treatments like Allopathy, Ayurveda and Homoeopathy. 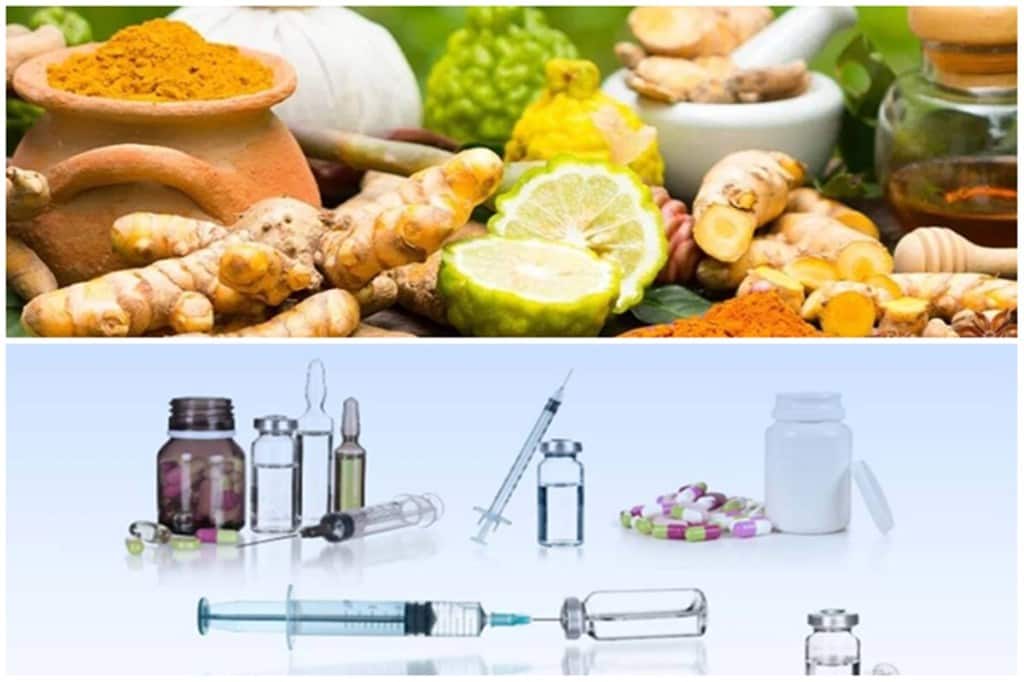 As per the estimates of the World Health Organization (WHO), about 70–80% of the world population rely on nonconventional medicines in their healthcare. Such medicines consist mainly of herbal sources.

Indian Medical Association (IMA) needs to be complemented for their bold stand against the efforts made to tarnish the image of Allopathy. Actually, for many decades, there has been some reluctance in India to have an informed debate on the efficacy of medical treatments like Allopathy, Ayurveda and Homoeopathy. This is possibly because Ayurveda is known as the traditional Indian medicinal system, hence no one wanted to challenge these ancient living traditions and get in the bad books of crore of “believers”. Also, it is important to note that some Allopathic doctors do offer Ayurveda treatment too. It is not exactly known why they do it? It is because they believe that there are better options available in Ayurveda for some diseases or they do it for commercial reasons.

It is not only in India, but in various other parts of the world too, several non-allopathic methods of treatment are put in use. As per the estimates of the World Health Organization (WHO), about 70–80% of the world population rely on nonconventional medicines in their healthcare. Such medicines consist mainly of herbal sources. Today, it is increasingly becoming clear that Allopathic treatment is the best available option to the Covid-19 health emergency. However, for the last one year there has been some hesitancy in the minds of some to look at Allopathic treatment as an option, be it vaccines or any other medical treatment. It needs to be noted that Covid-19 challenge was new even for the Allopathic doctor community, but they need to be credited for taking the challenge head-on and continuing trying.

The current controversy clearly indicates that even today Indian mind gets attracted more towards philosophical arguments than any evidence based experimental findings. We possibly still consider health as more of a philosophical, ethical, and spiritual issue than a scientific issue. There are very few examples, where people have discussed rationality with an open mind. Late Dr Shri Ram Lagoo, an ENT specialist who did practice medicine both in India and abroad for some years before becoming a full-time actor, was a true rationalist at heart. Some decades back he had written an article titled ‘Time to Retire God’, which then provoked hot discussions. Incidentally, the same actor’s registration as a doctor was cancelled (much before he wrote the article) by the Medical Council of India (MCI) since he did few commercials for products like toothpaste and Chyawanprash!

The issue is, ‘are Indians stuck too much into the past’? Why do we still believe that our ancestors were much smarter than us? Is this owing to some form of inferiority complex or we feel great pride in our past because our present is not that great! History does indicate that handling of Covid-19 crisis is much better (in relative sense) than what we have seen in case of pandemics in the past. All this has become possible because of continuous developments is science. Having pride in your past is one thing, but getting stuck in the narrative that ‘only Old is Gold’ is dangerous. This is probably not allowing us to move forward and could even lead to hindering the growth of science in the country.

India’s scientific community has done brilliantly during the last seven decades, we almost started from scratch post-independence and now have reached a level where we can develop vaccines, reach Mars and become an Information Technology (IT) superpower. But is this enough? The global technological progress in the 21st century has been very impressive.

In the year 2003, scientists have succeeded in sequencing the entire genetic code of a human being, to an accuracy of 99.999%. In 2012, scientists confirmed the detection of the long-sought Higgs boson, also known by its nickname the “God particle”. Major progress in development of quantum computers is getting witnessed and during 2019 Google has officially announced that they achieved quantum supremacy. During April 2021, NASA experienced a 21st century Wright Brothers moment on Mars, when its miniature robot helicopter Ingenuity undertook the first powered controlled flight of an aircraft on another planet. Interestingly, many scientists with Indian DNA are part of these projects. However, the same people while researching in India possibly cannot reach those heights. Is this only about financial support and infrastructure availability or there is something more to it? The ongoing Allopathy-Ayurveda debate gives us an opportunity to check whether our scientific premises for development of science are in the correct place or not.

In regards to innovation capabilities as per the Global Innovation Index (GII, 2020) survey, India is on 48th position in the world. This clearly indicates that we need to do much more. Saying that aircraft were first invented in the Vedic Age by a sage is sexy, but we have nothing available in the scripters of the past which can help HAL or DRDO and boost India’s aviation industry to match Boeings or Lockheed Martin. It is important to understand that the progress of science is dynamic. The inventions of our ancestors were time and space specific (actually all inventions are), please do not try to over read them, but try to improve on them. Today, Allopathy is teaching us this. For Covid-19 treatment just a few days back Remdesivir was ‘the’ solution, but not anymore. Such decisions are based on constant experimentation, analysis and availability of additional datasets.

The Allopathy-Ayurveda debate teaches us that having knowledge of history and getting stuck in history are two different things. It is important not to burden India’s scientific community with the baggage of our past unnecessarily.

(The author is Senior Fellow, MP-IDSA, New Delhi. Views expressed are personal and do not reflect the official position or policy of Financial Express Online. He can be reached at: ajey.lele@gmail.com)