The nine-day Ramlila is being telecast from the Laxman Qila, a temple situated on the banks of the Saryu river in Ayodhya. 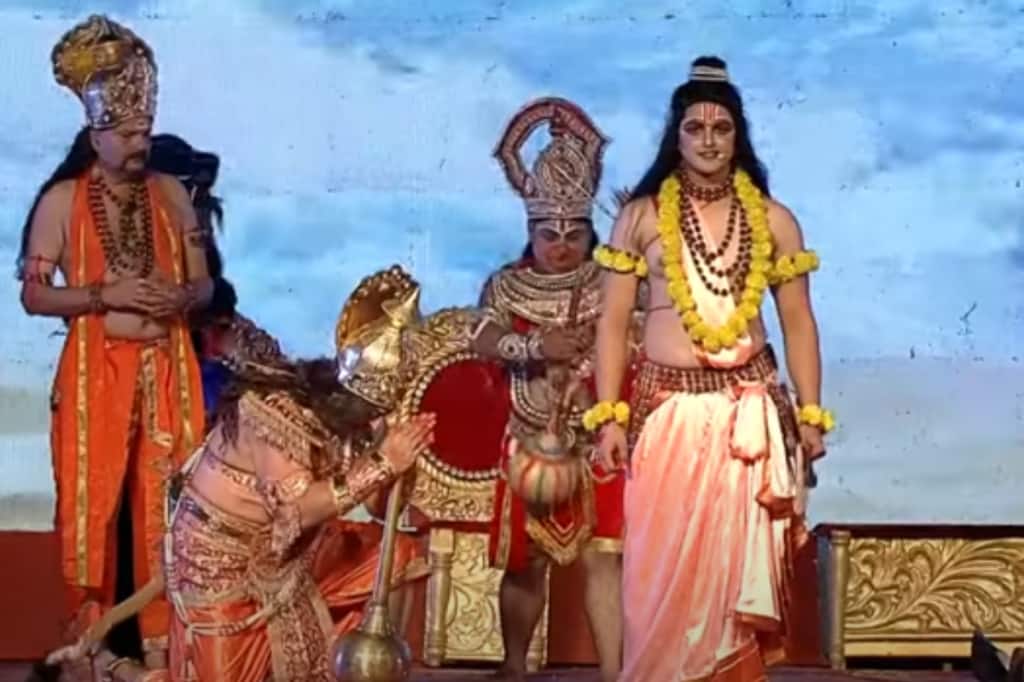 The Ramlila is being performed by Bollywood stars and actor-turned politicians. (YouTube)

Organisers of the Ayodhya Ramlila being shown on different media platforms claimed that the number of their viewers has crossed the 10-crore mark. The nine-day Ramlila is being telecast from the Laxman Qila, a temple situated on the banks of the Saryu river in Ayodhya. It is being performed by Bollywood stars and actor-turned politicians. It is being shown in 14 languages, including Urdu.

Subhash Malik, director of the Ram Lila, said Ayodhya has now another record in its name as the viewership of the Ramlila being shown on Doordarshan, YouTube and other social media platforms has crossed 10 crore. “We hope that it will double up by the time we finish the telecast,” he added.

Due to the coronavirus protocol, people are not allowed to watch performance at the venue. LED screens have been installed at different places and mobile vans have been sent to remote areas in villages to make watch the enactment of the epic. Around 120 crew members from Mumbai and 85 artistes are involved in the enactment with a 55-member Doordarshan team filming it from nine different angles.

Also Read
Beyonce earns $24 million for an hour concert in Dubai. Here’s a look at her hotel room which costs $100,000 a night
The 7 bottles you need for a well-stocked home bar
Rs 3.54 crore Lamborghini, A lavish house: Most expensive things owned by KL Rahul
Heart-warming! This Indian blockchain developer and his mother’s travel story is making netizens emotional – Here’s why

This Ramlila had started on October 17 and will finish on October 25 with the ‘Ravana dahan’. “For this, a 100-ft-tall effigy of Ravana is being prepared,” Subhash Malik said. “We have sent an invitation to Prime Minister Narendra Modi to be the chief guest on this occasion,” he said.