Travelling on the Vande Bharat Express train will reduce the journey time by 25 percent to 45 percent. 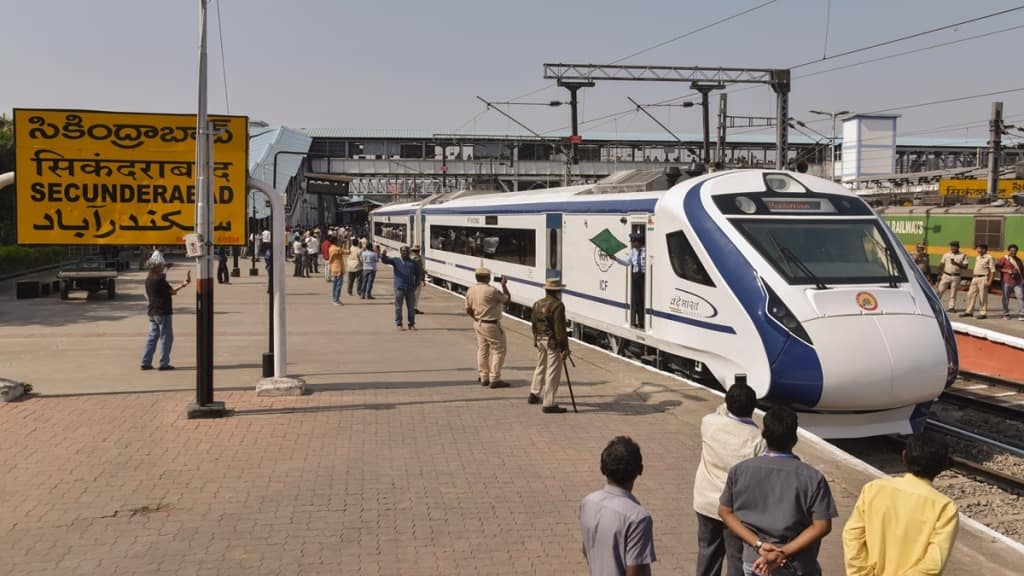 With the introduction of Vande Bharat Express trains, the Indian Railways has entered into a new era of mobility. After Rajdhani Express trains, the Vande Bharat Express is a major transformation in terms of speed and better convenience. The train can achieve a maximum speed of 160-180 kmph due to its faster acceleration and deceleration. Travelling on the blue and white colour train will reduce the journey time by 25 percent to 45 percent.

In the Union Budget 2022, Union Finance Minister Nirmala Sitharaman had announced that four hundred new-generation Vande Bharat Express trains will be developed and manufactured during the next three years. It is being expected that in the upcoming budget, more funds will be provided for new Vande Bharat trains and Vande Bharat 2.0 with sleeper class.

In line with Government of India’s efforts towards the ‘Make in India’ campaign, the Railways has launched the country’s first indigenous Semi High Speed train – Vande Bharat Express. Speed, Safety and Service are the three hallmarks of this train. It has been a major milestone towards realising Prime Minister Narendra Modi‘s vision of Aatmanirbhar Bharat.

In his Independence Day speech from the Red Fort, on August 15, 2021, the Prime Minister had said, “Indian Railways is rapidly adapting to its modern avatar. During these 75 weeks of the Amrit Mahotsav of Independence, 75 Vande Bharat trains will connect every corner of the country.”

The Vande Bharat Express train is also known as Train 18. It is being manufactured by Chennai-based Integral Coach Factory (ICF) in a period of 18 months. The train has the potential to be a game changer in the global rail business as it is matching world-class standards and costing less than half of the global prices.

Presently, there are eight Vande Bharat Express operating on different routes in the country. The first Vande Bharat train was launched on February 15, 2019, connecting New Delhi and Varanasi. These semi-high speed trains have covered the cumulative distance of 23 lakh kilometres, which is equivalent to 58 rounds of earth. Over 40 lakh passengers have travelled in these trains so far.

The Railways is working on the proposal to introduce Vande Bharat Express train with sleeper berths. This will make travel easier for overnight trips. For passengers to get on and get down from berths comfortably, the suitable handholds and ladders will be provided for the sleeper coach. In a statement the railways said, “Indian Anthropometric data shall be used for ergonomic design of the ladders and handholds.”