Who is Vijay Keshav Gokhale, the new foreign secretary who replaced S Jaishankar

Ministry of Foreign Affairs stated that the next Foreign Secretary of India is going to be Vijay Keshav Gokhale. Gokhale has been tagged as one of the key persons to have resolved the Doklam crisis. 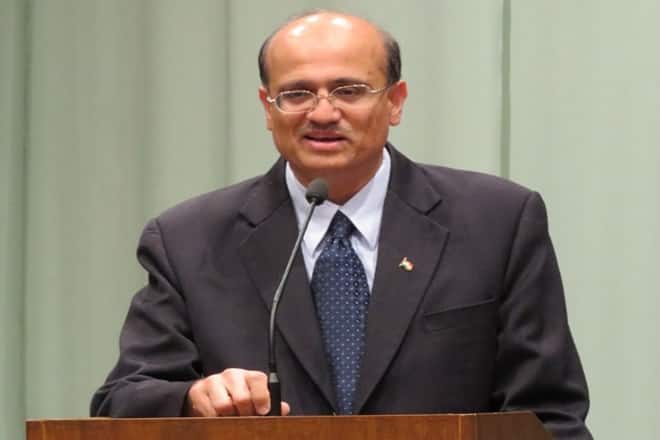 On New Year’s day, the Ministry of Foreign Affairs stated that the next Foreign Secretary of India is going to be Vijay Keshav Gokhale. Gokhale was earlier appointed as the Economic Relations Secretary in the Ministry of External Affairs (MEA) and has taken charge after the tenure of S Jaishankar on Monday (January 29). The Appointments Committee of the Cabinet approved Gokhale’s name for the post, read the order issued by the Department of Personnel and Training. Jaishankar’s tenure came to an end on January 28. Jaishankar was given an extension for a year in January 2017. Jaishankar was appointed as the Foreign Secretary on January 29, 2015.

Significantly, Gokhale has been tagged as one of the key persons to have resolved the Doklam crisis. From June 16, 2017, to August 28, 2017, India and China were at a stand-off at the Indo-China border near Doklam. The Indian armed forces and the People’s Liberation Army of China were engaged in a stand-off over the construction of a road in Doklam by China. Chinese troops with construction vehicles were seen in Doklam which is a territory claimed by Bhutan, who is India’s ally. The conflict was resolved by August end and Gokhale played a key role to avert any major mishap.

Gokhale is four years junior to the current Foreign Secretary, S Jaishankar. Gokhale joined the Indian Foreign Service in 1981 and Jaishankar joined in 1977. Prior to joining the Foreign Services, Gokhale completed his Master’s degree in History from Delhi University. before taking charge as the Indian Ambassador to China, Gokhale has represented India in Germany as well as in Malaysia. He was the High Commissioner of India to Malaysia from January 2010 to October 2013. After Malaysia, Gokhale was the Ambassador of India to the Federal Republic of Germany from October 2013 to January 2016. Thereafter, Gokhale took charge as India’s Ambassador to the People’s Republic of China from January 2016 to October 2017.

Vijay Gokhale is married to Vandana Gokhale and they have one son. His previous diplomatic assignments include postings in Hong Kong, Hanoi, Beijing and New York.

Notably, S Jaishankar was appointed foreign secretary in January 2015, for two years, just a few days before his retirement, replacing Sujata Singh, whose term was abruptly curtailed by the government.