A bench of justices Arun Mishra and Deepak Gupta said that as per Central Pollution Control Board (CPCB), the contribution of cars in pollution was around 3 per cent and odd-even was not a permanent solution to the problem. 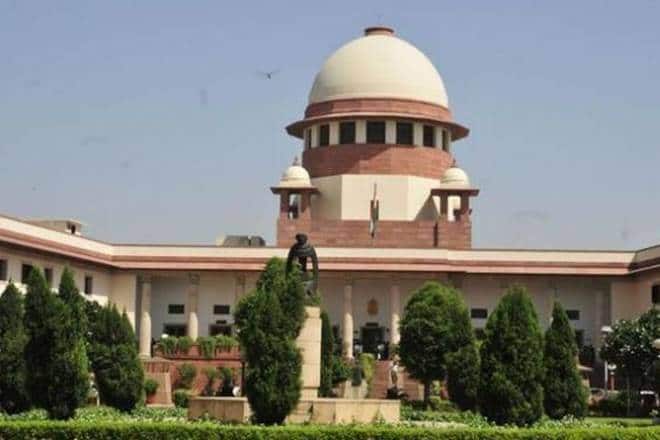 The bench said it was concerned as when there would be fog, the problem of pollution might become more worse.

The Supreme Court Friday said the odd-even vehicle rotation scheme of the Delhi government was a “half-baked solution” to the severe pollution level in the national capital as it is not effective in reducing pollution. The apex court questioned the exemptions given, including to two and three wheelers, during the scheme and asked the Delhi government as to whether it helped reduce pollution.

A bench of justices Arun Mishra and Deepak Gupta said that as per Central Pollution Control Board (CPCB), the contribution of cars in pollution was around 3 per cent and odd-even was not a permanent solution to the problem.
“This odd-even is also a half-baked solution. You may go for full odd-even without any exemption,” the bench told senior advocate Mukul Rohatgi, who was appearing for the Delhi government.

“We have seen that in spite of imposition of odd-even scheme the pollution is increasing in the city of Delhi and the NCR region and pollution has reached to very severe level. Drastic steps are required to be taken by all concerned working in tandem and to cooperate with each other as it is not an adversarial litigation,” the bench said. Additional Solicitor General A N S Nadkarni, appearing for the Centre, told the bench that as per CPCB’s study, odd-even scheme has no effect on reducing the pollution level.

Rohatgi countered this submission and said as per study reports, the pollution level has reduced from five to 15 per cent during odd-even scheme. “If exemptions are removed, it might reduce more. There are large number of two wheelers in the city and if we stop them (during odd-even scheme), the whole city will collapse,” he said, adding, “The real culprit is stubble burning”.

The bench said it was concerned as when there would be fog, the problem of pollution might become more worse.
“The problem is that we are facing (pollution) it everyday. To minimise this, what should we do,” the bench said, adding, “Even if the stubble burning will stop, as soon as the fog comes, the air quality would further deteriorate.”
When Rohatgi said that odd-even scheme would end today, the bench said, “But pollution will remain. Even during odd-even days, the pollution has gone up”.

On Rohatgi’s reference to last year’s pollution data of October, the bench said the pollution level was “virtually the same” without odd-even scheme also. “The question is what you are gaining by this odd-even?,” the bench said.
Rohatgi said there were several other factors — like weather condition, wind and fog — which were contributing to pollution in Delhi. He said that odd-even scheme is mandated under the Graded Response Action Plan (GRAP) of the Environment Pollution (Prevention & Control) Authority. While referring to CPCB’s data, the bench said, “What should be done to bring this (pollution) to a safe level? Odd-even is not the solution for this”.

CPCB’s member secretary, who was present in the court, told the bench that construction and demolition activities, dust, garbage dumping and burning, dust on roads were the other main contributors to pollution in Delhi. Senior advocate Aparajita Singh, assisting the top court as an amicus curiae in the pollution matter, said that pursuant to the court’s order, a monitoring committee is looking after the implementation of the directives by the concerned authorities.

The amicus said it is high time that officers, who are not complying with the apex court’s orders, should be prosecuted under the provisions of the Environment Protection law. “The DDA, PWD/CPWD and all the Corporations of Delhi cooperate and extend full support to the monitoring committee, any non-compliance to be viewed seriously by this court,” the bench said.

The bench also noted Rohatgi’s submissions that applying odd-even scheme with respect to cars cannot be said to be a “wholesome solution”. The bench said that as per CPCB data, agricultural burning is adding 4 per cent, industries, 30 per cent and residential sector in the form of bio-mass, kerosene oil and LPG is adding 10 per cent to total pollution.