National Herald Case Highlights: Rahul Gandhi to appear before ED on Wednesday after being questioned for 18 hours in two days

On Monday, Rahul Gandhi appeared before the central probe agency amid massive protests by the Congress leaders and workers 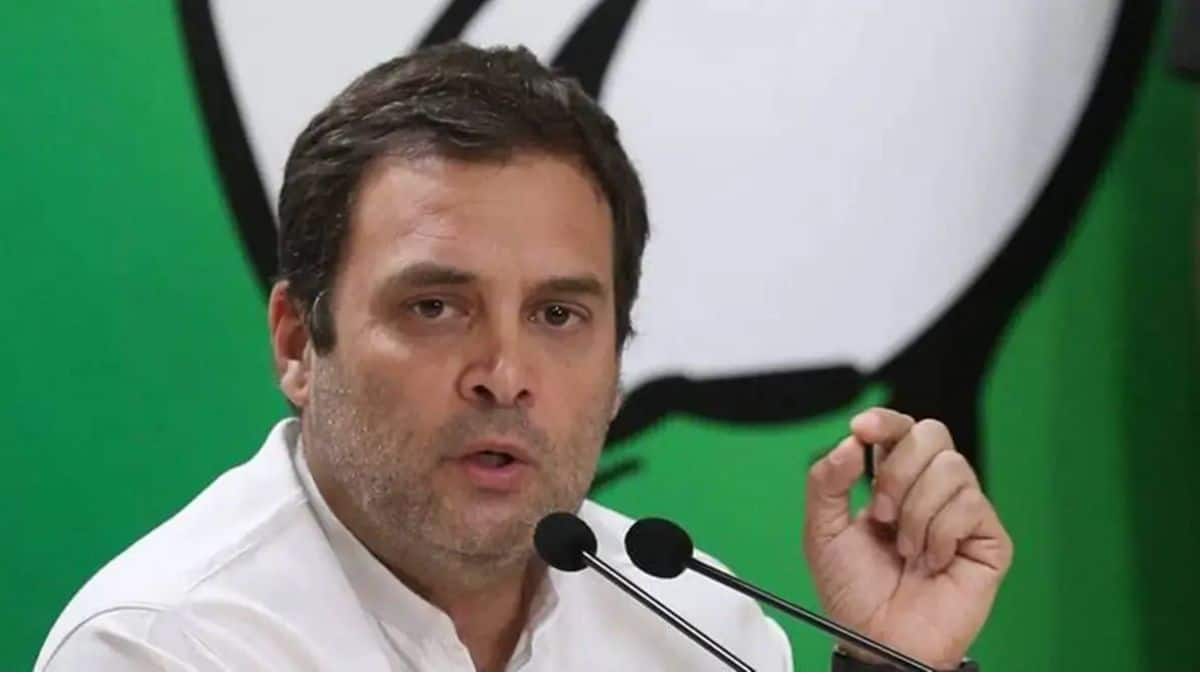 On Monday, Rahul Gandhi appeared before the central probe agency amid massive protests by the Congress leaders and workers.

Congress leader Rahul Gandhi will be appearing before the Enforcement Directorate on Wednesday again as he was questioned for eight hours by the ED for the second consecutive day on Tuesday in the National Herald money-laundering case, with the grand old party calling the agency action vendetta politics of the Centre against opposition leaders. On Monday, Gandhi was questioned for 10 hours Gandhi arrived at the ED office amid protests by Congress leaders and workers, several of whom were detained by Delhi Police. Among leaders taken into custody included Randeep Surjewala, KC Venugopal, Adhir Ranjan Chowdhury, Gaurav Gogoi, Deepender Singh Hooda, Ranjeet Ranjan and Imran Pratapgarhi.

Delhi Police personnel were deployed in huge numbers and section 144 of the Code of Criminal Procedure (CrPC) was imposed around the agency’s office.All approach roads leading to the ED office were out of bounds for the public as barricades were put up and central anti-riot police force RAF and Central Reserve Police Force (CRPF) personnel were deployed, who detained hundreds of Congress leaders and supporters outside the party headquarters at 24, Akbar Road and around central Delhi.

Rahul Gandhi returns to the ED office as he left for lunch break around 3:45 pm after four hours of questioning in the National Herald case on Day 2.

ED probe against Rahul Gandhi is an attempt to muzzle his voice as he has always questioned Modi govt on issues like China capturing our territory, inflation, fuel price hike, unemployment, religious vendetta…He is being constantly attacked: Randeep Surjewala

We are Gandhi's heirs, we will once again walk, our 'Satyagraha' won't stop: Randeep Surjewala

The Congress on Monday alleged that the Delhi police made a “murderous attack” on its leader K C Venugopal and others during their protest march taken out in solidarity with Rahul Gandhi, with P Chidambaram and Pramod Tiwari sustaining hairline fractures in their ribs.

Gandhi on Monday appeared before the Enforcement Directorate for questioning in a money laundering case pertaining to the National Herald newspaper-Association Journals case. Read More

The investigating officer of the case, an assistant director-rank ED officer, is expected to continue the questioning related to the incorporation of the Young Indian company, the operations of the National Herald newspaper, the loan given by the Congress to AJL and the funds transfer within the news media establishment.

The probe pertains to alleged financial irregularities in Young Indian Private Limited, promoted by the Congress, that owns National Herald. The newspaper is published by Associated Journals Limited (AJL) and owned by Young Indian.

Gandhi’s mother and Congress president Sonia Gandhi, who is currently admitted to a hospital here due to Covid-related issues, has also been summoned by the agency for questioning in the case on June 23.

This is the first time that any member of the Congress’s first family is being questioned in a criminal case. Priyanka Gandhi’s husband Robert Vadra was questioned by the ED in a money-laundering case linked to an alleged land scam in Rajasthan a few years ago.