The Israeli consulate in Mumbai existed since the 1950’s on account of the existence of the Jewish community in India, especially Maharashtra. 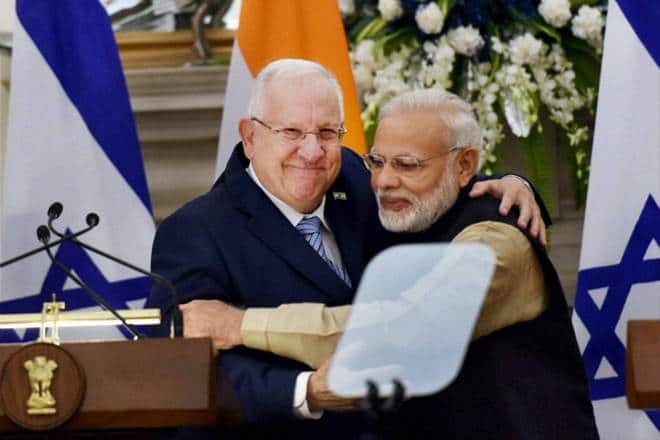 The Israeli consulate in Mumbai existed since the 1950’s on account of the existence of the Jewish community in India, especially Maharashtra. (PTI)

From Appasaheb Pawar to George Fernandes, they travelled to Israel way before full diplomatic ties were established in 1992. Leora Micah Joseph, former staff at the Israeli Consulate in Mumbai, in conversation with Reema Lokesh shares some concrete and candid events that helped strengthen the ties between the two democracies of the world India and Israel established full diplomatic relations in 1993. However, the Israeli consulate in Mumbai existed since the 1950’s on account of the existence of the Jewish community in India, especially Maharashtra. Before 1993, though there were no full diplomatic ties, there were many ongoing programmes of cooperation between the two nations, albeit on a low level. Israel has a development programme for professionals from developing countries called MASHAV. India was one of the countries whose professionals were invited to train in Israel in varied fields such as Medicine, Agriculture, Social Work, Education as well as programmes targeted for Trade Unions.

In fact the late Appasaheb Pawar – brother of Sharad Pawar too had been to Israel somewhere in the 60s I think. I am not sure of the exact date. Another interesting point to note is that the Labour Union in Israel had a close relationship with Indian labour organizations and trade unions. Many trade union leaders such as the late Somnath Dube, the late Sharad Rao as well as the late George Fernandes – all had been to Israel at a time when India and Israel did not have formal relations, (way before 1992) and did not enjoy this ‘special friendship’ that the two nations do post 1992 and the two leaders Natanyahu and Modi enjoy today. Ofcourse after 1992, the relations between Israel and India flourished. Business / trade between the two countries jumped up tremendously in a very short time. Israeli companies like Netafim came to India.

The Israeli airline ELAL began operations in December 1993. This made life of the Indian Jews so much easier as we now for the first time in decades were able to fly directly to Israel. After a while Air India too started flying, and it made life for all Indians so much easier as more and more of us could fly to Israel and it kept the prices competitive. It was a huge blow to Indians and Indian Jews when Air India stopped direct flights to Israel. I started working for the Consulate in 1993 after the establishment of full diplomatic relations. One of my jobs at the consulate included seeking and sending Indian professionals to train in Israel. Once they returned from training they became part of a ‘Shalom Alumni Club’ a club made up exclusively of professionals trained in Israel under MASHAV and they became kind of the ‘un official ambassadors for Israel’.

They returned so happy with their stay in Israel that they would talk to their friends, colleagues and family and encourage them to visit Israel. One of the most sought after training programmes was for doctors at the Sackler Faculty of Medicine, Tel Aviv university. It was so popular that I had a waiting list of doctors that became so long that eventually I even stropped adding to the list. In the city of Pune, there were atleaset 20-25 doctors all – trained in Israel under MASHAV!!