Considering that the stakes are high for her father, Pandey’s daughter is also doing her bit to see him emerge victorious in the upcoming polls. 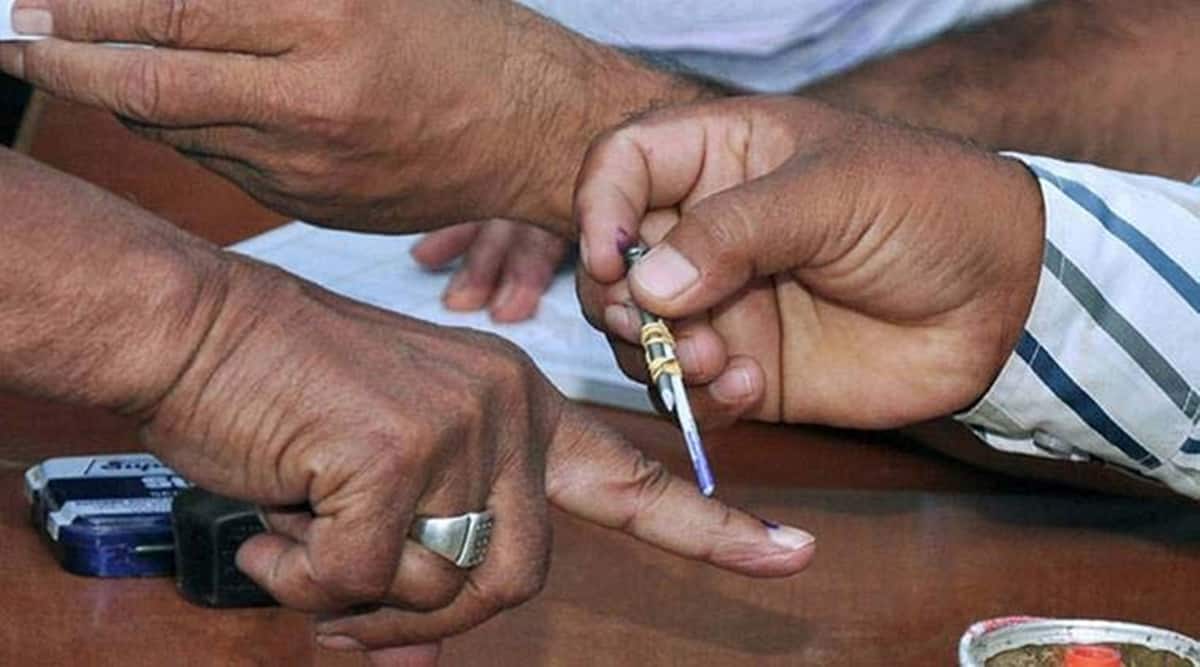 Every morning, the 7-year-old girl religiously accompanies her father to his door-to-door campaigning before returning home for her online classes. (Representative image)

Gayatri Pandey is not eligible to vote, but she is rooting for her father and SP candidate Pawan Pandey in the eagerly watched election in Uttar Pradesh’s Ayodhya constituency.

Every morning, the 7-year-old girl religiously accompanies her father to his door-to-door campaigning before returning home for her online classes.

“Uncle, mere Papa ko vote dijiyega. Akhilesh (Yadav) ji CM banenge, to sab kaam hoga” (Please vote for my father. When Akhilesh Yadav will become CM, all your problems will get resolved),” is how the young girl greets those who open their doors to the father-daughter duo.

While the opposition Samajwadi Party (SP) has declared the candidature of Pawan Pandey, the BJP is yet to come out with its nominee after reports claimed that Uttar Pradesh Chief Minister Yogi Adityanath may enter the fray from the temple town, symbolising the surge of Hindutva not only in the state, but across the country in recent years.

Pandey, as a student leader of Lucknow University had won 2012 assembly polls from the seat by defeating BJP’s Lallu Singh and also became a minister in Akhilesh Yadav’s cabinet. He, however, lost to BJP’s Ved Prakash Gupta in 2017.

Considering that the stakes are high for her father, Pandey’s daughter is also doing her bit to see him emerge victorious in the upcoming polls.

“Gayatri wakes up at 6 am without any wake up call and gets ready. As her online classes start after 9.30 am, she goes out for campaigning with her father before that. Though these are difficult times due to the coronavirus pandemic, we let her go out after taking all precautions as she is too excited to be a part of the campaigning,” Pandey’s wife told PTI.

Although Gayatri’s presence usually draws overwhelming response from people, there are times when residents get angry when candidates knock at their doors early in the morning as part of the campaigning.

Though she is aware of those who are in opposition to her father, the young girl does not like to comment on Prime Minister Narendra Modi or Yogi Adityanath. She innocently adds that her “Papa is the best candidate and Akhilesh Yadav will be the best CM”.

Asked about his daughter’s campaigning, Pawan Pandey said, “I have been in Ayodhya since 2012. I am there for the cause of people. In this difficult Covid period, though me and my wife insist her to remain at home, she gets ready for campaigning in the morning before us.” Uttar Pradesh will go to polls in seven phases beginning February 10. The election in Ayodhya constituency will be held in the fifth phase on February 27.