The dynamics of G20: Theory of first best and the group’s empirics 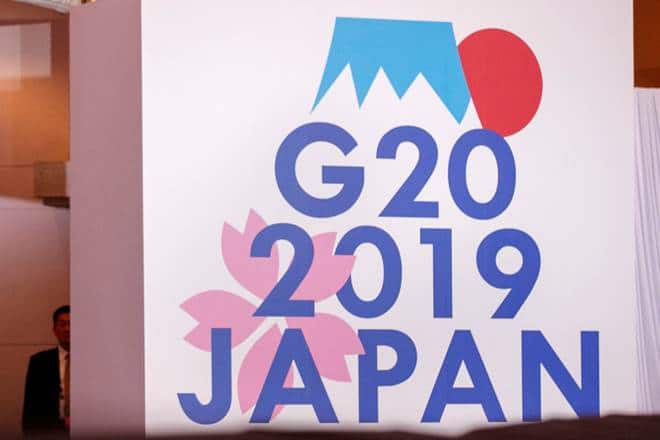 G20 is mini-UN and it can direct and shape the contours of WTO reforms. (Reuters Photo)

The G20 Summit is current underway in Osaka, Japan. It presents interesting insights into the way global economic order is shaped or de-shaped today. To understand the empirical realities of the G20, it is worthwhile to refer to the theories of first best and second best. Put simply, according to the theory of first best if all but one requirement for achieving a most desirable economic situation cannot be satisfied, it is always beneficial to satisfy the remaining ones. The theory of second best is even more interesting. It suggests that if a particular market distortion is difficult to remove, introducing another market distortion could well produce a more efficient outcome by countervailing the previous distortion.

So the question is whether G20 is a distortion to multilateralism or an impetus to it, if multilateralism is considered as the first best? With more than 80 percent of the world’s economic output and two-thirds of its people, G20 represents the most powerful of countries of the globe. It is plurilateral but has the power to shape the distortions-laden multilateralism, be it the UN, the WTO, Climate Change negotiations, the international financial architecture, global digital economy regime and so on.

Also Read
Is the mega military project to acquire 114 fighters for the IAF in jeopardy?
Wait is over! Production of legendary Kalashnikov AK-203 assault rifles start
Message from Home Minister Amit Shah’s Kashmir visit
Apache for the Indian Army to land in 2024; will have indigenous fuselage!

G20 is mini-UN and it can direct and shape the contours of WTO reforms. It can address investment needs in infrastructure which has the potential to help capital reap profits alongside huge employment generation. Prime Minister Modi highlighted an estimated deficit of $ 1.3 trillion for investing in infrastructure development of emerging market economies.

But what is it that the G20 is in news for, that too with reference to extremely crucial economic maladies? First, the global disquietedness with respect to economic unilateralism. Secondly, the unilateralism translates into bilateral trade wars and how can the G20 Summit not be an occasion to redress that? The US more than doubled import tariffs on Chinese goods worth US $200 billion. It is also considering to impose tariffs on the remaining Chinese imports into the US, including consumer products such as mobile phones, computers and clothing. This would cover another US $325 billion of Chinese goods. The retaliation by China is well-known in terms of increased tariffs on US$60 billion worth of US goods. Reports suggest that China is considering exports restraints of rare earth elements, which are crucial raw materials for a variety of electronic parts and components, affecting the entire value chain in the electronics sector.

Thirdly, an important sub-set on the sidelines of the G20 has been the BRICS. The Joint Statement on BRICS Leaders’ Informal Meeting on the margins of G20 Summit is wide-ranging, covering diverse subjects that require global action and those where BRICS is moving ahead viz. New Development Bank (NDB) and BRICS Contingent Reserve Arrangement (CRA).

Fourthly, another emerging configuration which is worth-noticing is that of the US, Japan and India, Abe described the grouping as “the foundation of peace and prosperity in the region”. This has both the economic and strategic content with which India has a lot to do especially the

RCEP. Fifthly, Russia, India and China have highlighted the need to adhere to the basic agreed principles of global economic conduct.

And, finally there have been various permutations and combinations of bilaterals at the G20 summit.

What do all these add up to? Some broad inferences can be drawn. Each unilateral, bilateral, trilateral, regional and plurilateral is important for the multilateral and global trade and economic growth. These are so very crucial for the multilateral institutions and their very survival be it the UN or the WTO. Each of these interactions can determine the fate of trade and economic multilateralism. Each can be the first best if helps reversing a trade, market, and institutional distortion. And what is more all these happening at the G20 Summit.

The G20 itself is a departure from multilateralism so much so ironically that it can revive the multilateral process and a rule-based system. The G20 process has brought to the fore the need for understanding the global economic dynamics all afresh and has highlighted the imperatives of revisiting the Theories of first best and second best.

(The author is Head & Professor at Centre for Regional Trade, New Delhi. Views expressed are personal.)