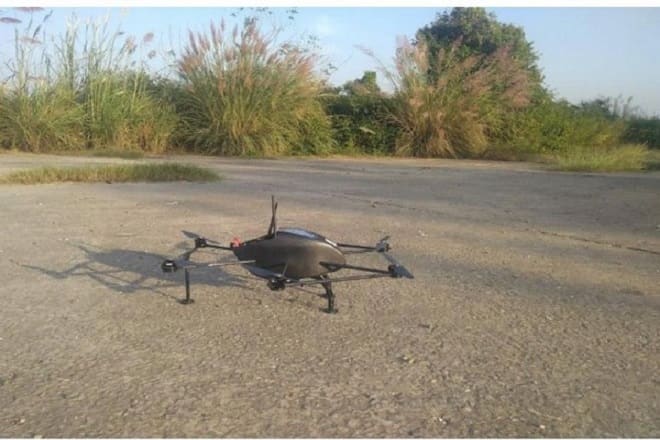 DRDO has developed Bharat Drones- a series of drones that comes under one of the world’s most lightest and agile drone surveillance systems. Image: ANI

India-China LAC: With tensions at LAC going on between India and China for more than two months now, the Defence Research and Development Organisation (DRDO) has provided drones named ‘Bharat’ to Indian Army. The indigenously developed drones are sent in order to provide an accurate surveillance along the Line of Actual Control in high altitude and mountainous terrains of Eastern Ladakh, news agency ANI reported quoting defence sources as saying.

It is to note that the Chandigarh-based DRDO has developed Bharat Drones- a series of drones that comes under one of the world’s most lightest and agile drone surveillance systems and is made in India only.

The report citing the DRDO sources said these drones are small but are powerful to work autonomously with great accuracy at any location. Further, it said that the combination of unibody biomimetic design as well as advanced release technology is known for potent surveillance missions. Bharat drones are equipped with artificial intelligence which helps the drone to detect friends from foes and helps take any action accordingly.

Apart from this, the report highlights that the drone has been made in a way that ensures its survival in extreme cold weather temperatures. The drones are further being developed to perform in harsher weather, the report said. Not only this, the drones can also provide a real-time video transmission during the missions and have advanced night vision capabilities. It can also detect humans who are hidden in deep forests.

What’s interesting about these drones is that it is built in a way that Radars cannot detect its presence. The report mentioned that this is the reason Bharat gains popularity and is used in swarm operations.

Meanwhile, as the tensions between the two countries grew, the Indian Army has deployed the T-90 Bhishma Tank in Ladakh which is considered as the main battle tank for the Indian Army. It has a capability to deal with chemical and biological weapons and can fire 8 shells in 60 seconds.