Jeep has plans to have four made-in-India products by the end of the year. This will include the all-new Meridian three-row SUV, a locally assembled Grand Cherokee and the updated Compass Trailhawk. 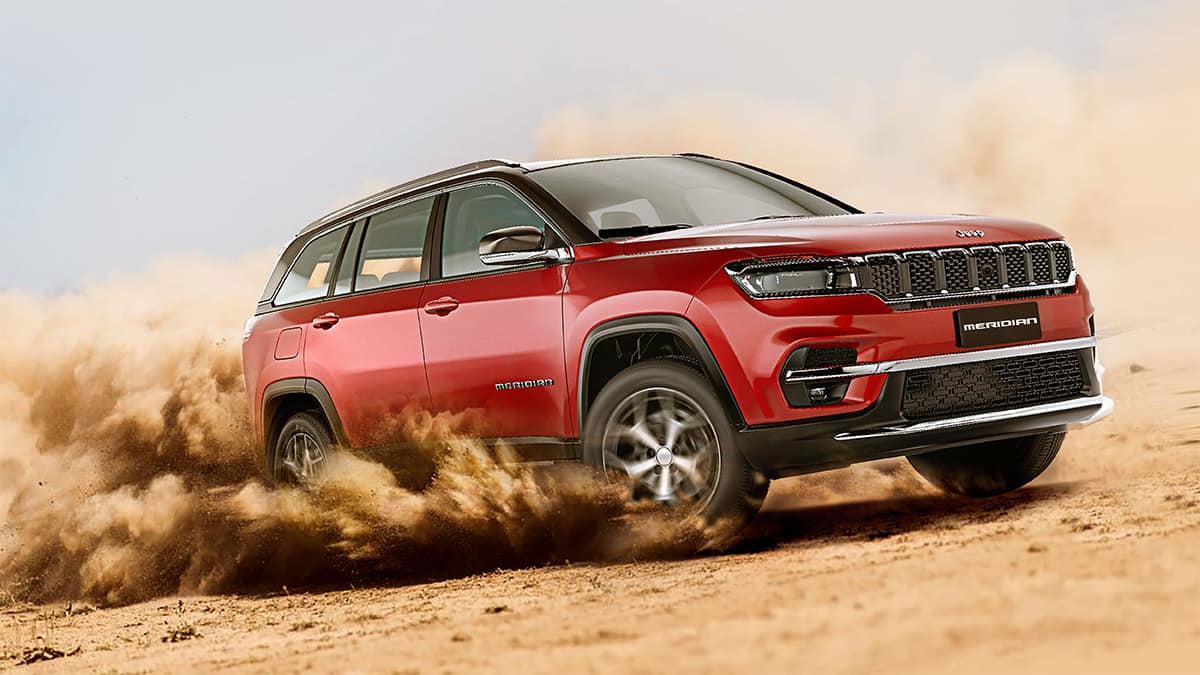 Jeep has decided to head into the year 2022 with a renewed for towards the Indian market. The company plans to have four made-in-India models by the end of this year. They have announced that not only will they be launching the Meridian this year but they will also reintroduce the Compass Trailhawk and assemble the Grand Cherokee at their facility in Ranjangaon.

Once launched, the Jeep Meridian will be the first in its segment to have independent front and rear suspension. Jeep that the SUV will also boast of optimized power-to-weight ratio and will be offered in three powertrains and two trims offered in diesel only.

Grand Cherokee will be made-in-India

Jeep will soon be selling a made-in-India version of the Grand Cherokee. The flagship SUV was previously brought to India via the CBU route but now it will be assembled in India. The 2022 Jeep Grand Cherokee will be based on an all-new architecture and will get a newly designed exterior and interior. This new iteration of Grand Cherokee will get a smaller 2.0-litre turbo-petrol powertrain, paired with an 8-speed automatic transmission along with a 4×4 system. It will also support Jeep’s Selec-Terrain traction management system. The smaller engine and the local assembly should result in a significant price reduction, making the vehicle more competitive and accessible.

Despite having a smaller engine, the Grand Cherokee will still have many features like four driving modes, leather interior, co-passenger interactive screen, Head Up Display (HUD), power tailgate, ventilated seats and a panoramic sunroof.

Return of the Trailhawk

The company has also announced that the Compass Trailhawk will also be making a return to the Indian market in the first week of March. In case you did not know, Jeep launched an off-road focused version of the Compass back in 2019 called Compass Trailhawk. The SUV gets some exterior design changes over the regular Compass and also gets a raised suspension setup. Apart from this, it also comes with metallic skid plates, rear tow hook, hill descent control and better water wading capabilities.

Since the new Trailhawk will be based on the updated Compass, it will also get a 10.1-inch touchscreen infotainment unit and a new 10.25-inch frameless full-color digital cluster.

Roland Bouchara, CEO & Managing Director, Stellantis India, said, “Jeep is an iconic brand, globally recognized for its capable SUVs and the brand is on a great journey in India. India is a major part of our global strategy and we intend to achieve a high level of localization for our products, to make them more accessible to our customers while maintaining an uncompromising vision on our core Jeep DNA. Our product offensive for 2022 and beyond will continue to illustrate our commitment to India as we work towards strengthening our market presence and offer unmatched experiences to our customers.”