The Finnish and Swedish NATO-military alliances will redefine the reginal dynamism and will challenge many established truths about the Nordic region. 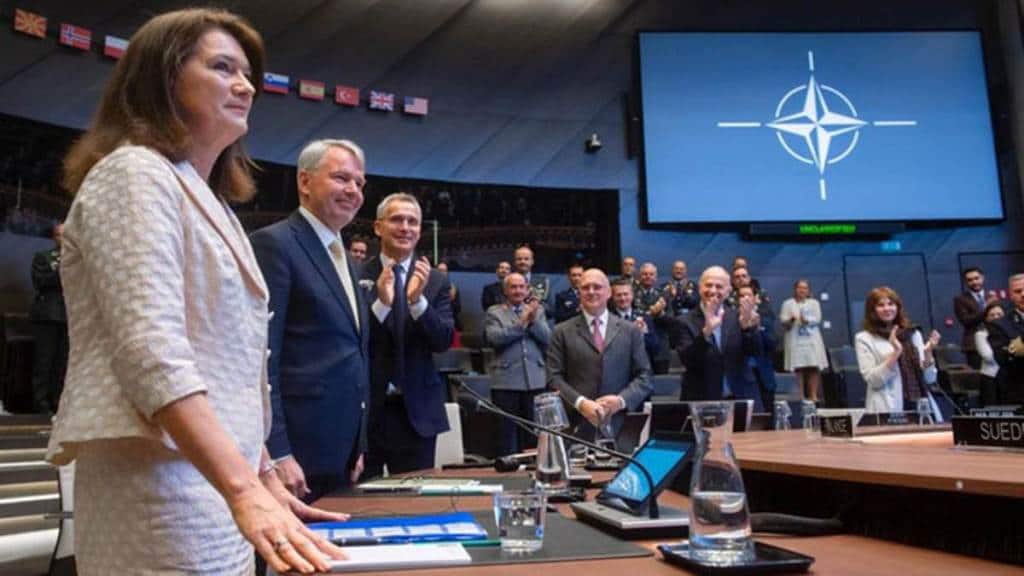 Finland is at the crossroads. It represents some of the finest democratic traditions and values today. At the same time, geopolitics are changing rapidly –more conflicts on the horizon. Finland is also radically redefining its role in the geopolitics, leading the Nordic into security alliance with NATO.

Why Finland is looking at new approach to his foreign policy and how radical is this change which is mostly based on the credible neutrality and objectivity?

The Finnish and Swedish NATO-military alliances will redefine the regional dynamism and will challenge many established truths about the Nordic region. There are ongoing debates among the Nordic institutions but they are certain realization and those are now widely accepted.  First and foremost, the acceptability on gaining the full-fledged membership and that is about the military cooperation with NATO and the active involvement in the conflict wherever NATO goes.

The key entities –Nordic Council (1952) and the Nordic Council of Ministers (1971) are now more vocal in security and defence policy cooperation. But the questions are raised whether Nordic will be willing to go out with NATO in the global conflicts in the EU or far across the horizon.

Another pertinent question is whether the security and defence cooperation will change the very established character of Nordic region? That is a much valued as called– Nordic peace brand—which is largely based on the neutrality.

Foreign Minister Pekka Haavisto outlines this clearly: “First of all, on the issue of neutrality, of course during the Cold War, we ourselves also identified ourselves as a neutral country and so forth. But then in the end of the Cold War, we joined European Union in 1995. I was part of the government that time that was the first government as a member of European union. And of course, it was a dramatic change already. Because, we started to take all our political positions.”

The peace brand has been a tremendous success story for Nordic. That allowed them to focus on high economic growth based on high level of innovation and robust free-market economy. Nordic economies of Denmark, Finland, Iceland, Norway, and Sweden are among the world’s wealthiest.

There is considerable freedom of the press, and the region, collectively, is the least corrupt in the world. Besides, Nordic has achieved greater gender equality than anywhere else on the planet, and the region’s inhabitants are among the world’s happiest.

Why this is important because that is just not totally based on economic growth. One of the major factors is the social phenomenon. Finland is an example of a Nordic country that achieves happiness and prosperity despite not necessarily having the strongest economy. Finland achieved such fine rankings by raising standards for quality governance, being crusader for environment and green technology and making model education accessible to all with the best of healthcare in the world.

So, is the change too radical for the Finnish because it just a reactionary policy, which you see against the Russia-Ukraine conflict?

Mika Aaltoa is the boldest voice in the Nordic. He has been championing greater role in European matters. He put it straight: There is by far the unanimous verdict among the people—in a recent survey where 90% of the people support greater NATO integration.

Aaltola explained: “…So Finland was part of that. And we were also part of building the Nord Stream pipelines. Right. So, we did invest into that. But those investments now on the hindsight, they look really suspicious. Because of the course of things and reality struck us.”

It is often misunderstood, as Aatola further explained. Such concept of neutrality was based on the trust that other party will not violate dictum. And Finland has been always conscious of security and that is why country boots of the fittest army and reasonably good military capabilities. Finland has the conscription army with 300,000 people in reserve. That’s one of the biggest reservists’ groups in Europe. And recently, Finnish government has ordered 64 new stealthy F-35 fighter jets from U.S.

“So, we are investing into our own military actually, and, using more than 2% of GDP now,” confirms Pekka. He adds: “And when you look at the Swedish capability, for example, their submarines, or their fighters, and the military industry, Sweden is very capable member of NATO. But we are saying to NATO that we are not only consumers of security but the providers or security.”

And Finland always had the option of joining military alliance is nothing new. Foreign Minister Pekka further clarifies and tells the author: “We are probably the only country in the world that has NATO option that it was idea in our security white papers since 2004, arguing that in the white paper that if security situation changes in Europe, we are ready to consider the NATO membership and that has been since 2004.”

“This is clear that security architecture of Europe is not based on spheres of influence, and we don’t want those to return. So, kind of joining NATO is our signalling of our displeasure to our neighbour. It’s not going to work for you. And what you have actually caused by invading Ukraine is Finnish and Swedish NATO membership you have caused the Western alliance to be bigger than ever,” Mika Aatola sums up.

It is interesting to note that how the official reports on China are radically different what was once projected as the potential strategic and economic partner. A report published in 2020 defined China as an “economic competitor and a systemic rival” in line with the definition of the European Commission.

The outcome was based on the horrific cyber-attack on the Parliament of Finland in 2020. Attackers hacked the email accounts of some members of Parliament and got accessed to key security and classified information. Soon the investigation revealed the group of hackers, the security vendor that named APT31, is a China based entity engaged in the cyber espionage focused on obtaining information that can provide the Chinese government and state-owned enterprises.

Mika Aaltola says he is conscious of all the time. “There’s a gradual way, or awakening for the coupling that might happen with China, but the risks are at least now better understood now, he adds.

How the changes have reflected is evident from the pragmatic steps as Finland has joined EU-wide and transatlantic coalitions? Finland has been critical of China’s violations of human rights and international law. This exemplifies the fact that Finnish leaders are ready to embrace greater roles and they are well respected for their objective voices. This is more evident when Finland also suspended its extradition agreement with Hong Kong in 2020, in line with other European governments, despite the warning from the Chinese embassy.

There begins the new era for the Nordic countries. It is definitely a new approach. To bring peace, you have to manage conflict.  Finland is gearing up for such role in clumsy geopolitics.