The essence of Kamala Harris’ visit to Central America

The ideological legacy of alertness of the United States towards revolutionary regimes started with the fall of Nicaragua’s Somoza dynasty in 1979. Since then the US has tried to be economically and politically involved in Central America. 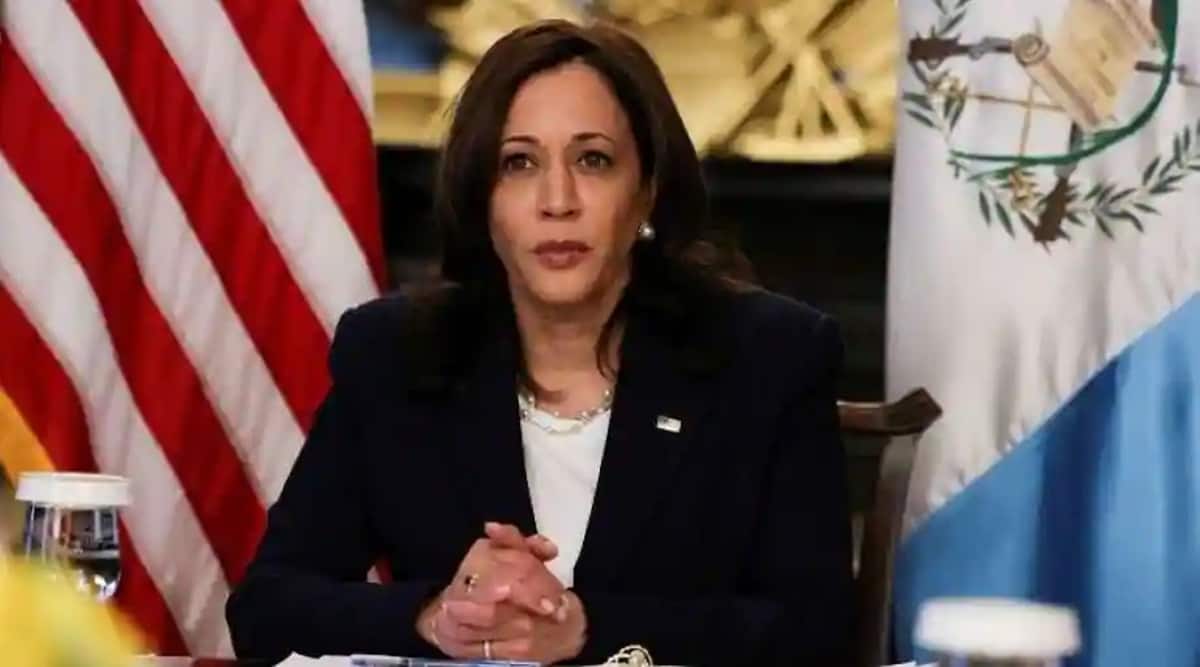 Harris' visit has sent a clear message that the US government will not cede ground in Central America to China, bolstered practically by a commitment to provide aid and resources for creating economic opportunities. (Photo source: Reuters)

The US policy towards Central America (CAM) has oscillated between apathy and zealous involvement. The ideological legacy of alertness of the United States towards revolutionary regimes started with the fall of Nicaragua’s Somoza dynasty in 1979. Since then the US has tried to be economically and politically involved in Central America. In her role overseeing diplomatic efforts towards CAM, Kamala Harris visited El Salvador, Guatemala, Honduras, (the ‘Northern Triangle’) and Mexico in June 2020. Her visit was rather a fact-finding mission as pronounced by a White House official’s bite to CNN “We’re still in the information-gathering mode, getting very close to being able to finalize it. The visit will certainly play a role in forming the Biden strategy.” The Vice President’s visit can be summed up along three positions: concerns towards immigration, Chinese economic presence and traditional interest.

The stakes have been high for the US against the backdrop of a growing number of immigrants arriving at the US-Mexico border. In April 2020 alone, according to US Customs and Border Protection agency data, the US encountered more than 178,000 migrants, 44% of whom were from Central America. While the Democrats under Trump had vowed construction of a wall in Mexico, Republicans’ immigration plan under Biden did not emphasise building the wall per se but rather focus on improved screening at borders. Kamala Harris categorically asserted that the root causes prompting migrants to undertake the long, dangerous trek north from Central America must be addressed. Besides economic hardship, violence including the fear of cartels and gang ferocity, corruption and food insecurity were the other factors that have led to this exodus.

The ‘Call to Action’ announced for businesses and social enterprises in May 2021 to send a signal of hope to the people of the region was actually a gesture to halt migration. A dozen companies and organisations announced commitments to support inclusive economic development in the Northern Triangle. In Guatemala, Harris announced that the United States would assist an anti-corruption panel since the Central issue contributing to the border problem has been corruption, a strategy denounced by President Alejandro Giammattei. Her message to the migrants in Guatemala to not come to the US prompted a new round of criticism especially amongst the immigration advocates who accused the Vice President of undermining immigration law and Joe Biden’s pledge to restore an asylum-processing system at the border. In Mexico, the Biden administration has relied on the emergency rule instituted by Donald Trump that empowers border agents to rapidly turn away migrants without providing them with a chance to apply for asylum. By deciding to visit both Mexico and ‘Northern Triangle’, Harris seems to recognize that immigration does not simply begin and end with their southern border.

Ms Kamala Harris believes that to tackle the problem of migration, the United States will make necessary investments to prevent people from crossing over through the creation of affordable housing infrastructure and facilitate efforts to grow cacao and coffee. This sends a signal of hope to the region that the US is genuinely working towards solving complex regional problems to achieve long-term stability and prosperity. While the previous administration was trying to repeal the Deferred Action for Childhood Arrivals policy, institute a Muslim ban, slow the citizenship process, and separate families at the border, as a Senator Harris established herself as a leading voice against these atrocities – now she is well-positioned to initiate a rational approach to immigration.

In addition to CAM’s geostrategic value, thanks to its proximity to the United States-its access to the Gulf of Mexico and its status as the “backyard” of the United States, or, in Ronald Reagan’s term, its ‘soft belly’, geography has also lent the isthmus an economic value from Chinese perception. The region’s geographic position has made it a global communication and transportation hub. It is a key maritime and air traffic corridor- a bridge between two great oceans, and between the northern and southern subcontinents of the Americas. Ports, airports, multimodal transport platforms and the construction of roads are important not only to the United States but also to China. Central America may not have the lure of Chile’s copper reserves, or Venezuela’s oil deposits, or Peru’s iron lodes, but it is the conduit for Chinese access to the east coast of the United States. The situation in the isthmus will continue to be one of competition rather than confrontation, but the United States will also continue with its nineteenth-century Monroe Doctrine approach to the region, pushing back against extra-continental insertions into its zone of influence.

The traditional interests have hovered around ideology to be the cause of instability in the “Northern Triangle” nations of El Salvador, Guatemala, and Honduras. These countries are struggling with widespread insecurity, fragile political and judicial systems, and high levels of poverty and unemployment. Transnational criminal organizations have taken advantage of the situation, utilizing the region to traffic cocaine to the United States, apart from other illicit activities. The inability of the Northern Triangle governments to address those challenges effectively has far-reaching implications for the United States.

Harris’ visit has sent a clear message that the US government will not cede ground in Central America to China, bolstered practically by a commitment to provide aid and resources for creating economic opportunities. The Partnership for Central America (PCA) was launched to mobilize investments and coordinate private sector projects in support of the Vice President’s Call to Action. These steps have fuelled the speculations that her visit may have been planned to thwart the Chinese presence in Central America. To make the agenda fructify, rather than meet with leaders, she should engage with civil society stakeholders on rule of law, transparency and the need for strengthening democratic institutions. An all-inclusive approach, comprising Washington managing to win goodwill through its pandemic diplomacy, should be the future strategy.

(The author is Faculty in Latin American Division, CCUS&LAS, SIS, JNU, New Delhi. Email: aprajitakash@gmail.com Views expressed are personal and do not reflect the official position or policy of Financial Express Online. Reproducing this content without permission is prohibited).