Around a third of the 30 million inhabitants of the world’s top oil exporter are foreigners, many of them drawn, despite ultra-conservative social restrictions… 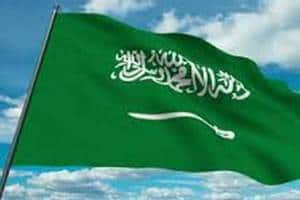 Expatriates in Saudi Arabia and their Saudi employers alike voiced unease about a proposal the government is studying to impose income tax on foreign workers to make up for falling oil revenues. (Reuters)

Expatriates in Saudi Arabia and their Saudi employers alike voiced unease about a proposal the government is studying to impose income tax on foreign workers to make up for falling oil revenues.

Around a third of the 30 million inhabitants of the world’s top oil exporter are foreigners, many of them drawn, despite ultra-conservative social restrictions, by the absence of tax and the lure of salaries higher than they could secure at home.

A National Transformation Plan of economic reforms, released on Monday, said 150 million riyals ($40 million) had been set aside for preparing and implementing tax on expats, but Finance Minister Ibrahim Alassaf said no decision had yet been taken.

Still, the news that such a proposal was being formally studied by the government was enough to alarm some foreign workers.

“If they impose the income tax on expats and do not offer any benefits in return, such as house ownership and the right to own assets under my name, then I would pack up and leave,” said Ammr Baghdane, an American manager at a retail group.

No further details have been released on what such a tax might entail for residents — a category that includes all non-Saudi citizens. Among the unanswered questions: whether it would cover all income levels and all professions, or how long it would take to introduce.

“I guess it depends on the rate they’re talking about. If it’s five percent it would annoy me but wouldn’t make me leave my career here and resign. If it was 20 percent then I wouldn’t stay, that’s for sure,” said a British banker in Riyadh.

Like some of the others who spoke to Reuters, the banker asked not to be identified, as his employer might frown on speaking to the media in a country where public debate over policy is politically sensitive.

The collapse in oil prices after mid-2014 has pushed Saudi Arabia to contemplate a radical overhaul of all parts of its economy, including new taxes, privatisations, a changed investment strategy and sharp cuts in government spending.

“If you want to increase your non-oil revenues by a significant amount, they have to come from a combination of fees and indirect taxes. They cannot be met without some taxation for foreigners at some point,” said John Sfakianakis, a former adviser to the government and economist with the Jeddah-based Gulf Research Centre.

However, the new Saudi reform plans depend partly on strong private sector growth, already fragile thanks to lower state expenditure and cuts to energy subsidies, and which could be further weakened if labour costs were to rise.

“We will have to match the net income they would be making without the tax, so the burden of the tax will be on the company, not the expat worker,” said Ahmed bin Afif, the Saudi owner of a food and commodities trading company who employs 500 staff, half of whom are foreigners.

That sentiment was echoed by some other employers.

“This will create costs and push inflation in the country as workers will demand higher wages and salaries if the tax is imposed,” said Ghaith Arnaout, the Saudi owner of an engineering services company that employs around 145 foreign workers.

“We will have to hire locals to do their jobs, but this means wasting time and money on training – so it will hurt businesses,” he added.

The government wants to get more Saudi nationals into private sector jobs instead of working in well-paid but marginally productive roles for the government, something that labour reforms since 2011 have already tried to achieve.

Increasing the cost of foreign workers through the imposition of an income tax – which the government has promised will not be levied on Saudi citizens – will help make locals, who typically command higher wages, more competitive hires.

Labour Minister Mufrej al-Haqbani said on Tuesday that Saudi Arabia had no desire to reduce the number of expatriates in the kingdom, who now number about 9 million, saying their presence was “very important”.

Still, the government has in recent years added new fees for companies that employ expatriates and reserved entire sectors for Saudi employees only — measures that show how much more seriously it takes the issue than in the past.

Opposition from Saudi businesses scotched a previous plan to tax expatriates in the 1990s, but with a much bigger push for economic reforms this time, it is possible the government will be more willing to take them on.

However, other recent proposals, such as a “green card” scheme for foreign workers announced by Deputy Crown Prince Mohammed bin Salman in April, have not been further fleshed out, leaving some uncertainty over what the government intends.

Many expatriates, particularly at the middle or lower income levels, are already feeling the impact of Saudi Arabia’s slowing economy and moves to shift nationals into jobs.

“With the rise in prices, petrol, electricity and housing already the salary isn’t enough. If they start with taxes, it’s like telling us ‘go home’,” said Ali, a Palestinian working for a hotel chain, who also asked not to be identified.

But not all foreigners in the kingdom feel that way.

“I didn’t come here for the money so it’s not my only consideration. Still, I wonder whether salaries would be adjusted if it happened. At the end of the day you pay for a number of services. What are you giving me in return?” said a European scientist.