The fourth suggestion is to improve returns to expenditure by ensuring that it reaches the targeted population. We need to use technology to map expenditure flows to output to outcomes. 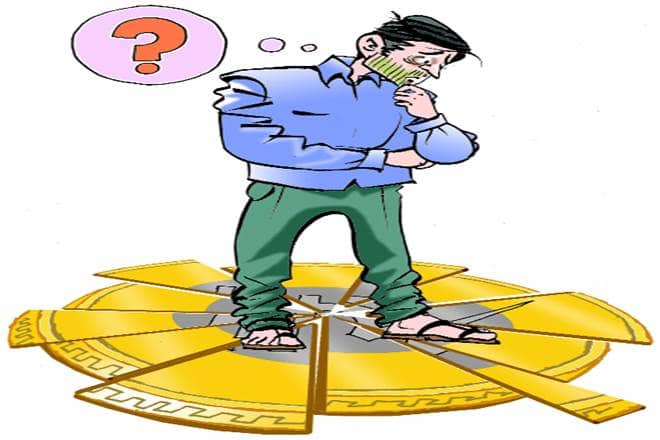 An immediate task at hand for the centre would be to clearly articulate the relevance of surveys to fill critical gaps, a reasonable time-frame for establishing the accuracy of administrative data, and use machine learning in analysing big data.

It is estimated that the statistical systems of Australia and the US spend, on average, $18 and $11 per person per year, respectively, on collecting data. These estimates are from the report of the Task Force on the Value of Official Statistics, published in 2018, by the United Nations Economic Commission for Europe. In contrast, the ministry of statistics and programme implementation (MoSPI), of the government of India, has a budget of less than Rs 8 per Indian per year. Not only is the Indian statistical system severely underfunded, it is also understaffed. Large investments, both in terms of financial and human resources, are required to strengthen the system.

These investments are important if the Prime Minister’s vision for a digital India has to become a reality. In this new digital world, much has to change: the way data is collected, the way data is analysed, and the way it is consumed. The system needs to broaden its scope beyond its traditional role of keeping account of economic activity in the economy. There is demand for providing real-time business intelligence for informed policymaking.

For this, we need to ensure a stepped increase in the budget of the MoSPI, linked to progress not in terms of expenditure outcomes, but in terms of improvement in quality of official statistics. To ensure that increased budgetary allocation is not a case of good money spent without any tangible improvements, we have four specific suggestions.

The first is to strengthen the institutional capacity, and there are three things that need to be done. On a priority basis, we need to address the shortage of personnel, in particular the Subordinate Statistical Service, and staffing of the departments of economics and statistics of state governments. We need to develop and agree upon a system for scoring of statistical capacity of state statistical systems and departments of the central and state governments. We need funding for establishing an inter-university centre led by Indian universities in collaboration with the National Statistical Systems Training Academy. The primary objective would be to assist in leapfrogging the statistical system.

An immediate task at hand for the centre would be to clearly articulate the relevance of surveys to fill critical gaps, a reasonable time-frame for establishing the accuracy of administrative data, and use machine learning in analysing big data.

Investing in statistical system can also lead to sizeable revenue streams and this brings us to our second suggestion. It is a fairly straightforward exercise to monetise data sets collected by the government of India. To name a few databases that can be easily sold are database on companies maintained by the Registrar of Companies and the ministry of corporate affairs, export-import data maintained by the Directorate General of Commercial Intelligence and Statistics, and the National Remote Sensing Centre’s satellite images. Today, the private sector does a much better job of repackaging, selling such data in an easy-to-use format, than the government. In our view, selling data will automatically increase accountability and improve data quality. Furthermore, an added benefit of making high quality granular data available would be an increase in employment opportunities in data analytics.

The third suggestion is to develop standards. It is important to harmonise definitions and develop taxonomy for each sector. This helps in reducing the cost of data collection, and also improves the ease of doing business. This is particularly important in cases of issues that are cross-cutting across department or ministries. For instance, the Public Health Department and the Women and Child Department should have a common database. An excellent example where data standardisation has happened is on account of the efforts of the Reserve Bank of India. The current practice of developing new management information system every time a new programme is launched needs to be discontinued. This can be avoided if we have a common data architecture, based on accepted definitions, for each and every sector.

The fourth suggestion is to improve returns to expenditure by ensuring that it reaches the targeted population. We need to use technology to map expenditure flows to output to outcomes. It will be important to geotag expenditure in every programme. This can be a feature of the Public Financial Management System. By geotagging, we can aggregate expenditure data and the outcomes at PIN code or village level while preserving the confidentiality of names of beneficiaries of programmes. The release of such data will allow various stakeholders to develop metrics for measuring return on government spending, and suggest areas for improvement. These could eventually lead to significant cost savings.

The cliché ‘data is the new oil’ was surely not in vogue when the Constitution of India was debated and finalised. However, the framers did realise the importance of inquiries, census, surveys, statistics and vital statistics. These find mention in the Seventh Schedule that deals with demarcation of powers via the three Lists, viz. Union List (Entries 69 and 94), State List (Entry 45) and Concurrent List (Entries 30 and 45).

The framers dwelled on the need for having uniform data across the nation. During the Constituent Assembly debates, Prof Shibban Lal Saksena, a member of the Assembly, said, “(W)ithout proper land records, it is impossible to maintain uniform statistics for the whole country and it is a very important thing which must be provided for… If that is not done, you cannot have any statistics on a countrywide basis on a uniform basis, and agricultural progress will be handicapped.” This quote is just an example of the quality of discussion that took place on the importance of data for development. Somewhere in the last seven decades we have forgotten our way and unfortunately got stuck in a rut. Now is a good time, as any, for the Prime Minister and the finance minister to revitalise and restore faith and fund the Indian statistical system.