Both have adopted modern technologies in agriculture, starting with High Yielding Variety (HYV) seeds in the mid-1960s, increased irrigation cover, and use of more chemical fertilisers to get more food from this limited land. 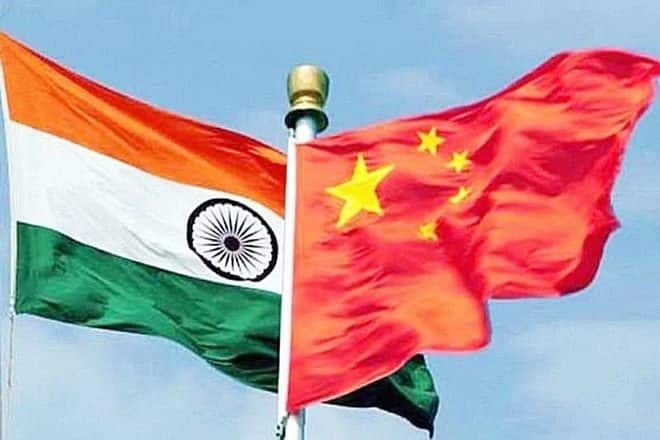 China’s irrigation cover is 41% of cultivated area, and India’s is 48%. As a result of this irrigation, China’s total sown area is 166 m ha compared to India’s gross cropped area of 198 m ha. (Representational image)

India and China are the most populous countries in the world, having a population size of 1.35 billion and 1.39 billion, respectively, in 2018. With limited arable land (about 120 million hectare (m ha) in China, and 156 m ha in India), both face the challenge of producing enough food, fodder, and fibre for their population. Both have adopted modern technologies in agriculture, starting with High Yielding Variety (HYV) seeds in the mid-1960s, increased irrigation cover, and use of more chemical fertilisers to get more food from this limited land. China’s irrigation cover is 41% of cultivated area, and India’s is 48%. As a result of this irrigation, China’s total sown area is 166 m ha compared to India’s gross cropped area of 198 m ha. Even with much lesser land under cultivation, China produces agricultural output valued at $1,367 billion—more than three times that of India’s $407 billion. How has China made this possible? Can there be a lesson for India? We think there are three important lessons for India, if it is to catch up to the levels achieved in China.

Firstly, China spends a lot more on agriculture knowledge and innovation system (AKIS), which includes agri R&D, and extension. It invested $7.8 billion on AKIS in 2018-19—5.6 times the amount spent by India ($1.4 billion). A 2018 study by Gulati and Terway on the impact of investment and subsidies on agri-GDP growth, and poverty alleviation revealed that the highest impact is from investments in agriculture Research and Education (R&E). The study estimated that for every rupee invested in R&E, agri-GDP increases by `11.2, and for every million rupees spent on agri-R&E, 328 people are brought out of poverty. Presently, India invests just about 0.35% of its agri-Gross Value Added (GVA) whereas China spends 0.8% (expenditure by Centre only; see graphic). For increasing total factor productivity, India needs to increase expenditure on agri-R&D while making the Indian Council for Agricultural Research (ICAR) accountable for targeted deliveries.

Also Read
Must banks be big to succeed?
Paving the way for climate in finance
Money over mental health: Are we still prioritising our people?
Doing Business redux

Better seeds that result from higher R&D expenditures generally demand more fertiliser. It is worth noting that China’s fertiliser consumption in 2016 was 503 kg/ha of arable area compared to just 166 kg/ha for India, as per World Bank estimates. No wonder, China’s productivity in most crops is 50 to 100% higher than India’s.

Secondly, the incentive structure, as measured by Producer Support Estimates (PSEs), is much better for Chinese farmers than Indian ones. The PSE concept, adopted by 52 countries that produce more than three-fourths of global agri-output, measures the output prices that farmers get in relation to free trade scenario, as well as input subsidies received by them. For Chinese farmers, PSE was 15.3% of gross farm receipts during the triennium average ending (TE) 2018-19. For the same period, Indian farmers had a PSE of -5.7%. In a way, this reflects that Indian farmers had been net taxed, not subsidised, despite high amounts of input subsidies. This negative PSE (support) comes due to restrictive marketing, and trade policies that do not allow Indian farmers to get free trade prices for their outputs. And, this negative market price support is so strong that it exceeds even the positive input subsidy support the government gives to farmers through low prices of fertilisers, power, irrigation, agri-credit, crop insurance, etc. To improve this situation, large-scale agri-marketing reforms (APMC and Essential Commodities Act) need to be carried out. But, instead of doing that, the Indian government has been trying to jack up minimum support prices (MSPs) for 23 crops. Here, again, India can take a leaf out of Chinese experience. They took that path also, and, in fact, gave procurement prices to farmers that were much higher than even international prices. The result was massive accumulation of stocks of wheat, rice, and corn that touched almost 300 million metric tonnes (MMT) in 2016-17 (see graphic). As a result, they had to incur large expenditure for withholding these stocks without much purpose. Having burnt their fingers, they dropped the price support scheme for corn, and in fact, have been gradually reducing support prices of wheat, and rice. India’s stock situation in July 2019 was 81 MMT as against a buffer stock norm of 41 MMT. India needs to reduce the gamut of commodities under the MSP system, and keep MSPs below international prices. Else, India will also suffer from the same problems of overflowing granaries as China did.

The third lesson is with regard to direct income support schemes in 2015. China has combined its major input subsidies in a single scheme that allows direct payment to farmers on a per hectare basis, and has spent $20.7 billion in 2018-19. This gives farmers freedom to produce anything, rather than incentivising them to produce specific crops. Inputs are priced at market prices, encouraging farmers to use resources optimally. India, on the other hand, spent only $3 billion under its direct income scheme, PM-KISAN, in 2018-19, but spent $27 billion on heavily subsidising fertilisers, power, irrigation, insurance, and credit. This leads to large inefficiencies in their use, and has also created environmental problems. It may be better for India to also consolidate all its input subsidies and give them directly to farmers on a per hectare basis, and free up their prices from all controls. This would go a long way to spur efficiency, and productivity in Indian agriculture.

In brief, if India can learn these three lessons from China, i.e., to invest more in agri-R&D and innovations, improve incentives for farmers by carrying out agri-marketing reforms, and collapse input subsidies into direct income support on a per hectare basis, it can benefit its farmers and put agriculture on a high growth trajectory.