IMD predicts another rainy day for Delhi; check what is causing unprecedented rains in national capital

The weather department also said that the rains will be accompanied by gusty winds of speed between 50 km and 70 km per hour. 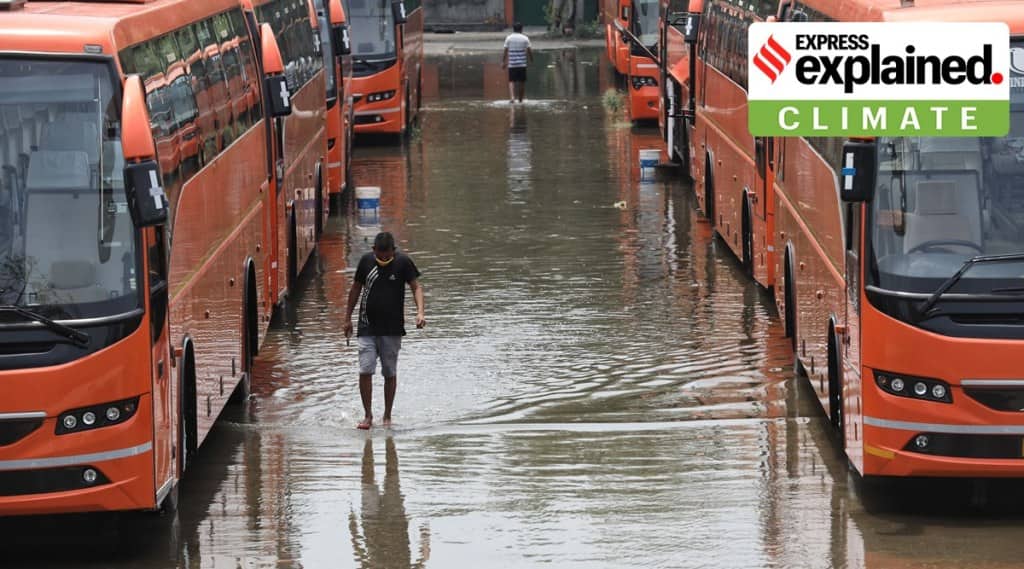 Two days after the national capital reported record-breaking rainfall, the India Meteorological Department (IMD) has predicted that there are chances of light to moderate rainfall in the city and other adjoining regions today. The weather department also said that the rains will be accompanied by gusty winds of speed between 50 km and 70 km per hour.

The regions adjoining the national capital which might witness rainfall include Faridabad, Gurugram, Noida, Greater Noida, Pataudi, Sohna, Jhajjar, Aurangabad (Haryana), among others. Ever since tropical cyclone Tauktae entered the Western coastal regions of the country, the weather in many interior states of the country has also been rainy and cold.

Delhi received a record 119.3 mm of rain on Wednesday, which is the maximum the city has ever received in the month of May within a span of 24 hours. The heavy rainfall took the residents by surprise as the South-West monsoon which is responsible for rains in most parts of the country is yet to make an entry into the country. The rainfall led to intense water logging in many busy parts of the national capital causing inconvenience to people stranded outside.

According to meteorological experts, the heavy rainfall was caused due by the convergence of the impact of Cyclone Tauktae and the western disturbance that created apt conditions for heavy rainfall in the city. According to an Indian Express report, Cyclone Tauktae after having shown its ferocity on the Gujarat and Maharashtra coast, weakened and moved towards North and North Eastern direction creating low-pressure conditions over Delhi and adjoining regions.

The development was further fuelled by Western Disturbance, a phenomenon that is understood to be the cause behind non-monsoon rainfall in Northern and North-Western states of the country.

The fact that 119.3 mm of rainfall was recorded in Delhi in May is surprising, as it is considered to be the dry month and about two months before the South West Monsoon shows its impact in the city. Also, instances of the light shower so far recorded in the month of May due to the Western Disturbance phenomenon has not resulted in such a huge amount of precipitation in a single day. The average May rainfall of the national capital is only 31.5 mm which is a fraction of what the city recorded in a single instance on Wednesday.