The government has decided to allow the export of Hydroxychloroquine to countries who have reached out to New Delhi for help. 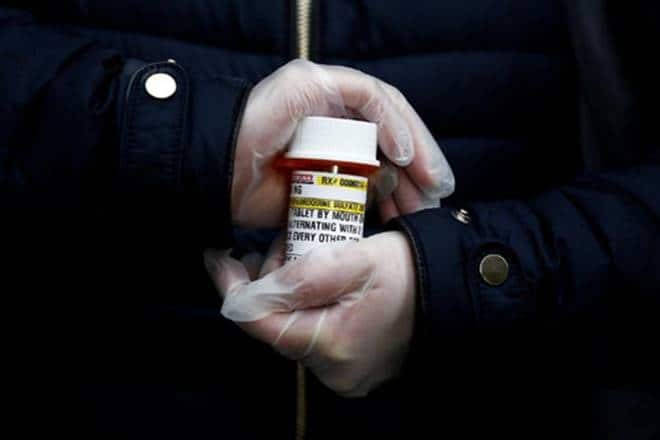 The government has decided to allow the export of Hydroxychloroquine to countries who have reached out to New Delhi for help. Depending on the stock position, Indian companies will be allowed to meet the export commitments they had contracted. “Since, Coronavirus is a threat to humanity and we all need to cooperate and help each other in order to see through this storm,” experts opine. Reacting to queries regarding restrictions on the export of Hydroxychloroquine (HCQ), the new official spokesperson of the Ministry of External Affairs Anurag Srivastava said: “Both Paracetamol and Hydroxychloroquine (HCQ), are in the licensed category and their demand position is being monitored on a regular basis.”

“It has also been decided in view of the global pandemic that India will licence Paracetamol and HCQ in appropriate quantities to all our neighbouring countries as well as those who have been badly affected by the pandemic,” Srivastava said.

India has received requests from almost 30 countries including the US, Brazil, Gulf and African nations as well as from the SAARC region.

According to the official spokesperson, a comprehensive assessment was made of possible requirements under different scenarios, and most restrictions have been lifted after confirming the availability of medicines for every possible contingency. Late Monday evening the DGFT notified lifting restrictions on 14 drugs and has kept Paracetamol and Hydroxychloroquine (HCQ), in a licensed category and are being monitored.

What has the US President said?

In case India fails to export the anti-malarial drug which is being used in the treatment of coronavirus patients – Hydroxychloroquine, the US leader has hinted at a possible retaliation.

In his daily briefing on the fight against COVID-19 in his country, President Donald Trump said that he saw no reason why India would not lift the hold on the US order of the medicine.

Dr Raj Kumar Sharma, Consultant, Faculty of Political Science, IGNOU, New Delhi says, “These are tough times for the US, a friend and strategic partner of India. President Trump has a lot to handle in these testing times and this statement has been made by him in an environment where the COVID-19 is testing America’s resilience and resolve. India is also battling this problem and there has been help from the US and other countries. It was out of question that India would not export Hydroxychloroquine to the US, as requested by President Trump. While there is no decisive evidence till now to suggest the efficacy of Hydroxychloroquine against Coronavirus, India possibly has enough stock of this potential wonder drug and would help out the US in their darkest hour.”

“India has been trying to lead the battle against Coronavirus and has proposed SAARC emergency fund. India is also helping its neighbours in dealing with this public health emergency. Despite having massive challenges at home to fight COVID-19, India is an example of a country which stands by its friends and adversaries alike in times of humanitarian crises,” Sharma adds.

Does President Trump’s statement tantamount to a threat?

Sharing his view, Bhatia says, “India seems to have gone in overdrive to interpret President Trump’s statement on a reporter’s query in a White House briefing about India not agreeing to export Hydroxychloroquine to the USA to fight the COVID-19 virus epidemic that it is facing at a scale unseen before.”

“President Trump’s reply to a reporter was a ‘matter of fact’ statement, something that would be expected from any leader facing a crisis of unprecedented magnitude. In the same breath he also admitted that the decision had not been conveyed to him when he spoke to Prime Minister Modi to discuss the pandemic situation between the two leaders.”

“India’s decision to open up the export of life-saving medicines to fight the COVID-19 virus could be seen as a nudge from the US but on a positive note reflects an acknowledgement of Indian ability to meet the challenges of the problem and contribute positively to fight the global war against COVID-19 collectively,” the Indian Army veteran says.

According to him, the US asking for supply of hydroxychloroquine and paracetamol formulations from India also reflect faith in Indian pharma industry which leads in exports of medicines to the USA and other developing countries. “Opening up of exports will not only be to the USA but a number of other countries that have been struggling to fight the problem.”

The government before arriving at the decision must have evaluated the situation and assessed adequate availability of medicines to fight the pandemic before allowing exports of medicines. Overall the decision of the Indian government is very positive and should be welcomed, he concludes.