A total of ten seismic sensors as well as thermal cameras will be installed along the railway tracks at six points in the range. 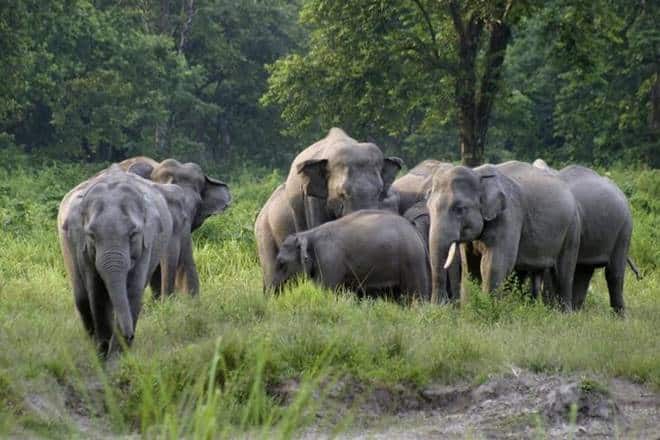 Seismic sensors and thermal cameras will be installed near railway tracks to warn the train drivers of animal movement.

First-of-its-kind step to save elephants! In a bid to prevent elephants from being hit by Indian Railways’ trains passing through Rajaji Tiger Reserve (RTR) in Uttarakhand, authorities have come up with a plan. Soon, seismic sensors and thermal cameras will be installed near railway tracks to warn the train drivers of animal movement. According to a PTI report, this advance detection system will be installed along railway tracks passing through the reserve’s 18-km Kansro range, where in the last three decades, more than two dozens animals, mostly elephants, have been killed by trains. The advance detection system is a first-of-its-kind initiative in the country.

Rajaji Tiger Reserve (RTR) Director PK Patra was quoted in the report saying that the system will be installed within six months. A total of ten seismic sensors as well as thermal cameras will be installed along the railway tracks at six points in the range, he said. The advance detection system will detect the slightest movement of the animals and inform officials at the central server facility. The data from the system will be reviewed at the facility and after confirming the presence of an elephant in the range, alerts will be generated for patrolling staff, the train’s loco pilot, the RTR administration and the nearest station.

Other than the six points identified for the advance detection system, which will be installed at a distance of 50 metres from each other, the 18-km stretch will also have elephant proof barricading, Patra said. The points were identified on the basis of observation of frequency of elephant crossings, he added.

According to the RTR director, the installation of the system has become all the more important following the electrification of the railway tracks passing through the range. The system has been developed by Central Scientific Instrumentation Research Organisation, a Chandigarh-based firm and is being launched on pilot-basis in collaboration with the Union Forest Ministry, the WWF and the Wildlife Institute of India. According to officials, the system is economical and will help unburden patrolling staff as well as make monitoring of wildlife conservation at the RTR reserve far more effective.