With over a decade spent studying the digital transition of media companies and having authored numerous case studies on business and corporate strategy, Harvard Business School’s Bharat Anand recently launched his book The Content Trap, where he focusses on how companies fail digitally. 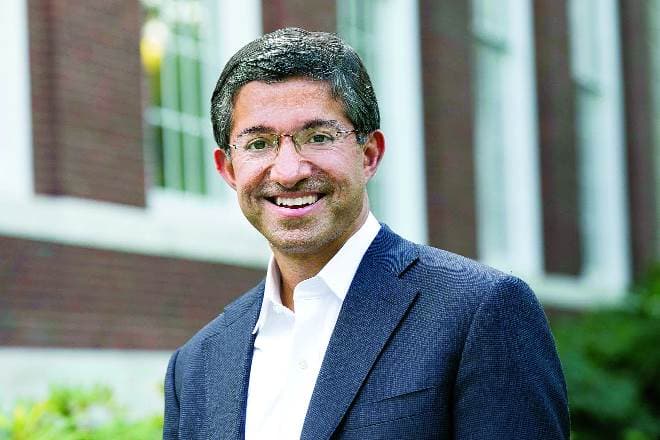 With over a decade spent studying the digital transition of media companies and having authored numerous case studies on business and corporate strategy, Harvard Business School’s Bharat Anand recently launched his book The Content Trap, where he focusses on how companies fail digitally. The book examines digital transformation in the media and entertainment industries. Talking to BrandWagon’s Meghna Sharma, the professor suggests ways in which companies can avoid mistakes made while navigating through digital change and why differentiated content is important. Edited excerpts:

What are the typical traps that businesses seem to fall into when trying to navigate the digital environment in this era?

The Content Trap refers to three seemingly sensible behaviours by businesses that turn out to be flawed. First is the belief that the natural path to success in digital worlds, particularly as content proliferates, is to make the best quality content or product. Second is the tendency to focus even more sharply on their core business as business gets more complex. Third is the increasing tendency by businesses to embrace and copy particular (content) initiatives of their competitors more quickly than ever or to experiment with various individual initiatives on their own.

These are all natural tendencies. But they are often precisely the reasons why companies fail digitally.

How can companies avoid making these mistakes?

The distinction that is useful for companies to consider is between focussing on content versus connections. There are three important types of connections: connections between people or users, across products and across functional initiatives.

As for user connections, companies that succeed digitally do so not by making ‘the best’ content but by creating and leveraging connections between users. These connections can be social or functional. When consumers value your product not just because of its quality or price but because it connects people with each other, you have created conditions for dramatic success.

Product connections are important too. During the past decade, when CD sales declined, the natural reaction of recording studios was to try to prop up CD revenues by increasing prices or aggressively fighting piracy. But while these behaviours were fighting powerful digital forces, the more important development was that value shifted to other parts of the industry: hardware (iPods and other MP3 players), broadband internet access and most importantly for artists, concerts. Just as file sharing became rampant, the price of live events exploded. Concerts used to be priced low enough that it was an advertisement for consumers to go buy the CD. When the price of music became harder to sustain, this relationship flipped: free music became a great advertisement for users to go to the live event. This is an example of complementary products — the value of a product goes up when you also have its complement.

Complements are everywhere. Yet companies often miss them.

Third, consider the connections across various initiatives inside an organisation. Decisions such as whether or not to offer content for free, whether to separate the digital organisation from the parent, or the speed with which to embrace digital technologies, are all important business decisions where it’s tempting to look at others and mimic what works. When The New York Times successfully launched its digital paywall in 2011, there was a belief that the industry had found a solution to its problems. Nearly 100 other newspapers soon followed with paywalls of their own. Most failed. The reason goes back to a core idea in strategy: success comes not from mimicking others, but by figuring out what’s right for you.

‘Content is king’ is an old belief. It’s largely misplaced. First, it was never a well-defined axiom. Content was never king; differentiated content was. Second, it’s tempting to frame today’s battle as taking place between ‘content’ and ‘distribution’ everywhere. But that framing misses an important class of players: the connectors.

Consider this: roughly $3 trillion worth of market value has been created in the last decade by roughly 10 digital players. Apple, Facebook and Amazon are all examples of digital giants that have gained success by connecting users or products. And they are all increasingly playing in the content space today. Content is not their core business nor will it ever be. But it’s an important complement to their core — as a result they have every incentive to make it as cheap and widely available as possible. When that’s the case, if you’re a content company, you better watch out.

Is it a myth or a fact — readers do not want to pay for content?

As a general principle, it’s a myth. Readers will pay for content as long as it’s differentiated. Consider outlets like The New York Times, The Economist, The Atlantic and others. Conversely, offer content that is similar to what others have, and readers won’t pay. But the bigger point is that even if readers are unwilling to pay for content, they are often still willing to pay for its complements — creating opportunities for content providers if they think more broadly about what business they are in. Younger consumers are often accused of not wanting to spend anything on music. But account for the cost of MP3 players or smartphones, live events and internet access, and they are spending more than ever.

How do you see digital disruption shaping up in India versus the West, in terms of the way brands advertise on the medium?

In certain respects, things are playing out very similarly. Programmatic buying, personalised advertising, hyper-targeting and ad bombardment are all features of both landscapes — and bring with them all their problems.

In India, there is still growth in certain traditional forms of media. As a result, brands can still find many opportunities there. The biggest structural difference is that in India, mobile is leapfrogging over the desktop era. As a result, the nature of digital advertising will be different. Marketing in an app-based world is different from a browser-based world where one click gets you from one site to another. With apps, most users don’t download more than a small handful in any category.

Similarly, ad formats will be different for the small screen. There is much room to be creative here. But it requires effort and time from brands.