Indian ride-hailing market, which is around $30 billion and is likely to grow by 15.5 per cent CAGR to $54 billion by 2023, is currently led by SoftBank-backed homegrown player Ola. 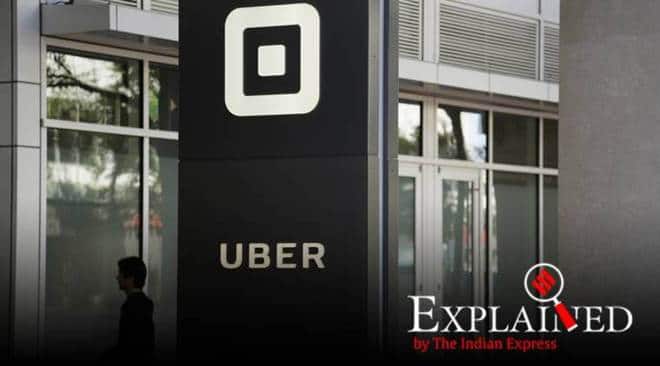 Uber had launched its first India centre in Hyderabad in 2015, and now has a little over 1,000 employees. (Reuters)

Uber India, which competes with SoftBank-backed Ola, has reported a profit of $6 million for the financial year 2019 — 63 per cent jump from $3.7 million in FY18 while the expenses also shot up 67.6 per cent to $115 million in FY 19 from $69 million in the preceding FY, according to the company’s regulatory filing. Employee benefit expense, which increased nearly 66 per cent from $21 million to close to $36 million, and other expenses worth $74.4 million — up 70 per cent from $43.7 million were the top categories where Uber spent.

The filing, sourced from business signals platform Paper.vc, also showed an increase in advertising promotional expenses to $23 million from $12 million while miscellaneous expenses were worth $22.7 million vis-a-vis $16 million in FY18. Increase in revenue was 67 per cent revenue jump from $74 million in FY18 to $125 million in the last fiscal year.

“Uber India reported a (before tax) profit of $9.3 million for FY 2019. The company filed its annual return today and it reveals a 67 per cent hike in revenue even though there has been a significant jump in employee benefit expense and finance costs resulting in a jump in overall expenses,” Jayraj Patel — analyst at Paper.vc told Financial Express Online.

Indian ride-hailing market, which is around $30 billion and is likely to grow by 15.5 per cent CAGR to $54 billion by 2023 as per Statista, is currently led by homegrown player Ola in terms of monthly active users (MAUs) as well as app downloads. From around 27 million MAUs in December 2018, the number for Ola grew to 23.96 million in November 2019 ahead of Uber which had around 15 million MAUs in December last year and 13.13 million last month, according to the data shared by the market intelligence firm SimilarWeb. For monthly downloads, Ola had 67.41 million while for Uber it was 45.73 million downloads.

Losses for Ola in FY19 went down by 8 per cent to around $363 million in FY19 from $398 million in FY18. Revenue, on the other hand, had increased 37 per cent from $259 million to $356 million during the said period. According to a Reuters report, Ola is looking to start with the IPO process by the end of March 2021 along with reducing its manpower by up to 5 per cent as part of preparations. The company had started registering licenced drivers in London in November around 24 hours after news reports on Uber losing its London licence surfaced as Transport for London (TFL) authority found that over 14,000 Uber trips were driven by drivers that had faked their identity on Uber app.