One of the major problems rural entrepreneurs face is their inability to market their products and services. 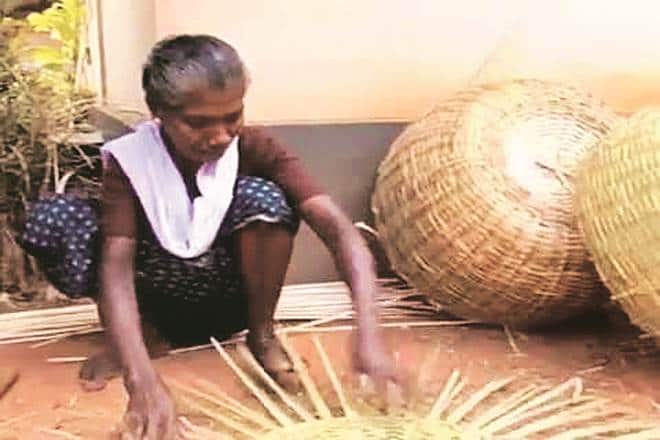 India’s social challenges are multi-faceted. In the rural sector, this becomes entwined deeply in caste and caste-related occupations though over the last seven decades there have been changes. Entrepreneurship is the marshalling of resources to build something innovative – incremental or paradigm-shifting. In rural India, entrepreneurship is usually tougher due to the lack of a supportive ecosystem of resources and mindsets. People are chained down due to both financial weakness as well as restrictive thought processes. Established social power systems do not allow for deviations – even positive ones. For example, the repercussions are heavy for a family of manual scavengers or tannery workers if they try to encourage their children to aspire for something better by studying or working in other occupations or starting entrepreneurial ventures.

Positive discrimination was enshrined in the Constitution of India keeping in mind the significant gaps between rural and urban incomes, people of different caste entities, “haves” versus “have nots” and so on. Nevertheless, due to acts of omission or commission, we have not reached our self-assigned goals. Social challenges facing India today range from corruption, illiteracy, broken education and healthcare systems, to women’s safety and empowerment, and incomplete inclusion of the whole of India in the Indian dream.

According to the World Economic Forum in its 2019 report, India’s critical issues would lie in three primary areas — first, skill development and being future employment-ready; second, socio-economic inclusion of rural India; and third, a healthy and sustainable future. If we just focus on the second point – socio-economic inclusion of rural India – three important “access” gates currently limit the aspirations of rural Indians. First, limited physical connectivity (for example access to pucca roads and electricity); second, lack of digital connectivity (for example, access to the internet); and third, nil or limited financial inclusion (for example access to commercial banks and bank accounts).

Strangely enough, a rise in incomes in rural India may not have translated into greater productivity or inclusion mainly owing to the rural-urban divide that still continues to dog the nation. Though by 2030 urbanization would have crossed the 40 per cent mark, 60 per cent Indians will still continue to live in rural and “developed rural” areas. This basically means that scale level entrepreneurship opportunities will at the most percolate down to the “developed rural” areas (16 per cent population) but hardly ever to the pure rural areas (44 per cent of the population).

Rural people in search of livelihood migrate to urban centres leading to social and infrastructural challenges. The real solution to India’s problems could be in “production by masses” rather than “mass production”. Balanced development is the call of the hour. Growth of rural entrepreneurship may help avoid the growth of poverty, slums, and pollution in cities. Rural entrepreneurship could help in uplifting the standard of living and literacy rate of rural people. Rural entrepreneurship is largely envisioned around rural industrialization. These industries include the traditional sector (khadi and village industries, handloom, sericulture, handicraft and coir) and the modern sector (power looms and small scale industries). Historically rural entrepreneurs have paid attention to village industries under four categories – agro-based, textiles, polymer and chemical-based; and engineering goods.

One of the major problems rural entrepreneurs face is their inability to market their products and services. Secondly, often they become entrepreneurs out of a lack of choice and hence lack aptitude or passion. Training for required skills is missing too, quite often. Non-awareness (versus non-availability) of facilities for entrepreneurs lead to the early failure of many entrepreneurial ventures.

The role of rural entrepreneurs in economic development has been studied well. Joseph Schumpeter declared that the rate of economic progress of a nation depends on its rate of innovation, which in turn depends on the increase in the entrepreneurial talent in the country. Rural entrepreneurship can overcome a large number of social challenges simply through the formation of capital, balanced regional development, general employment growth, improved standard of life, increase in per capita income, equitable distribution of economic power, reduction of population migration, and a check on social evils. These positive changes emerging from rural entrepreneurial activities in a bottom-up manner might just be able to offset the limited impact of top-down percolation of economic and social equality as assumed under planned development agendas of successive governments.

Dr Jones Mathew is Professor of Marketing at Great Lakes Institute of Management.