The government has firmed up a Rs 1,000 crore plan to revive Hindustan Paper Corporation through involvement of private sector in certain activities and settlement of dues, official sources said. 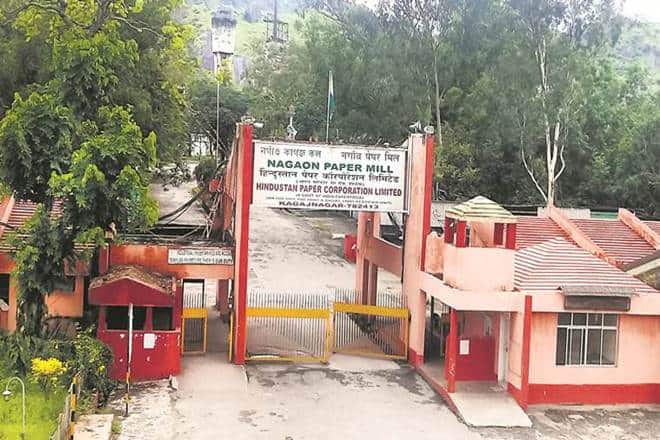 The government has firmed up a Rs 1,000 crore plan to revive Hindustan Paper Corporation through involvement of private sector in certain activities and settlement of dues, official sources said. The go-ahead to the revival plan was given at a meeting of the inter-ministerial group chaired by the prime minister earlier this month, the sources said. The inter-ministerial group has been tasked with undertaking turnaround of Hindustan Paper Corporation and government think tank NITI Aayog has been entrusted with overseeing implementation of the revival plan. “A Cabinet note is being prepared for settlement of the company’s liabilities to the tune of Rs 1,000 crore, including payment of salaries to its 1,500 odd employees (barring Hindustan Newsprint Ltd) and clearance of outstanding statutory bank liabilities,” a senior Heavy Industries Ministry official told PTI.

Employees of Nagaon and Cachar paper mills belonging to central PSU Hindustan Paper Corp which comes under the administrative control of the Department of Heavy Industries, have not paid salaries for 10 months and a year, respectively. Due to shortage of working capital, the production in Cachar Paper Mill and Nagaon Paper Mill has been suspended since October 2015 and March 2017, respectively. “There was a brainstorming meeting chaired by the prime minister wherein it was decided that while retaining the public sector character of Hindustan Paper Corporation, contracts will be given to private players for carrying out procurement and due diligence activities,” the official said.

While roping in private players is a practice commonly followed by state-run PSUs in the services sector, it is a “paradigm shift” for companies operating in the manufacturing sector, the official added. “We are roping in a transaction advisor to chalk out the terms of the Expression of Interest and for floating the Request for Proposal,” another official said, adding that the the successful private bidders will be given an assurance and a “clean slate” after settlement of all the liabilities of the sick Kolkata-headquartered Hindustan Paper Corporation.

HPC group has four paper mills, two of which are units and two are subsidiary companies. HPC is the holding company for Hindustan Newsprint Ltd and Nagaland Pulp & Paper Company. Nagaon Paper Mill and Cachar Paper Mill function directly under HPC’s control and their performance is reflected in its operating results. Over a period of three decades, HPC has built up a total capacity of about 3.35 lakh tonnes of paper and newsprint.