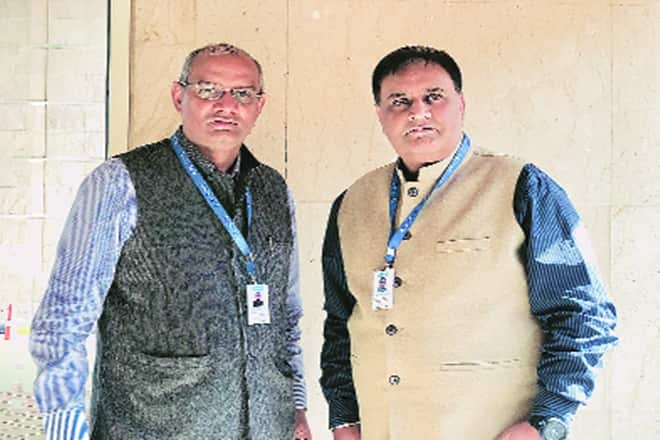 Fintech player AYE Finance was founded in 2014 by Sanjay Sharma and Vikram Jetley to transform micro and small scale enterprise lending in India. Four years into its existence, the start-up claims to have grown at an amazing compounded annual rate of over 350% in the last three years.“We will continue to grow at a rate of 100% in the next two years,” said Sanjay Sharma, MD & CEO, Aye Finance.

To fuel this growth, Aye Finance plans to open new branches, service more business clusters and become a pan-India organisation. “We currently have over 100 branches spread across 11 states. We plan to increase our presence to 175 branches in the next two years. Our loan book would have crossed `2,500 crore by then,” Sharma said.

As per data released by MUDRA, there are over 50 million micro, small and medium-sized enterprises, collectively facing a credit deficit of nearly 3 trillion. The banks and financial institutions have often steered cleared of this sector, owing to various reasons such as a lack of proper documentation and collaterals, small ticket-size of loans, unreliable cash-flows and more. MSMEs, on the other hand lack the sophisticated understanding and wherewithal required to access formal financing facilities and often, have to settle for unregulated individual lenders, charging inflated interest rates.

“We started Aye Finance with a vision to disrupt this status quo and bring these micro and small ventures under the folds of organised lending. By offering affordable and adequate credit line for the working capital and fixed capital needs of these businesses, we contribute towards their growth and sustainability,” he said.

Having seen consumer lending as a banker during the last 30 years, Sharma said that it was clear to him that for the Indian economy to make a transition to the next level, it was necessary to uplift the 60 million unorganised micro enterprises whose credit needs had historically been ignored by the formal lending channels.

Recalling the genesis of the company, Sharma said a serendipitous meeting with Vikram got the grand plan moving. “Vikram had worked with me in his first job at HDFC Bank. It so happened that he had moved out of his job in the MFI industry and was in search of doing something meaningful and here was I looking for an experienced hand to share in my dream company. The year was 2013, India was emerging unscathed from the chaos in the financial markets in the world and it was the best of times to boldly start a financing business,” he said. “Soon we had a small core founding team of believers in the shared dream. In those defining days, there was not much of a business plan to guide us other than our firm belief that Aye was to be the most admired leader among the finance businesses providing finance to micro businesses in India. And today, four years in to the journey, we are already on our way to achieving that dream having disbursed over `850 crore to over 65,000 businesses,” he said.

The Gurugram-headquartered start-up had raised `248 crore from four rounds of equity (seed, Series A, Series B and Series C). In June it raised Rs 147 crore in Series C and became the first finance company in India to receive equity investment from CapitalG (erstwhile Google Capital). “Our other investors are also globally renowned private equity investors—SAIF Partners, Accion, and LGT,” he said.
Aye Finance had raised over Rs 650 crore in debt since inception. It has debt lines from leading Indian banks as well as from large NBFCs and from reputed foreign financial institutions. It also raised money through securitisation and issuance of bonds in the Indian markets.

On plans for further raising of funds, he said: “Our plan is to support the growth, expansion and longevity of the Indian MSMEs and bring a larger number of these businesses into the folds of organised lending for which we will continue to raise both debt and equity funds.”

Asked what he thinks about strategic tie-ups to grow the business, Sharma said, “While we are comfortable carrying the loans on our books, we have raised capital through securitisation of our portfolio and we will be open to collaboration with banks and financial institutions in the future as well.”