Alert! You are buying illegal, fake cigarette every one out of three times

In the last three decades, the legal cigarettes’ share amongst total tobacco consumption in India has declined from 21% in FY82 to 10% in FY17. 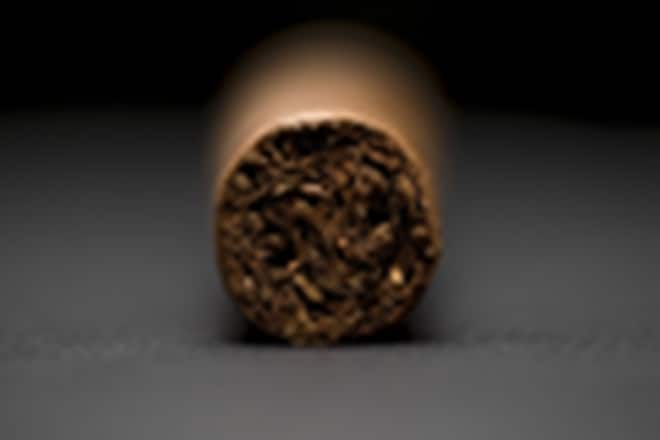 Ever wondered why sometimes your cigarette tastes different or gets available at comparatively cheaper prices? It may be fake. One out of every three cigarettes available in the market is illegal, making it vulnerable to health hazards. One of the few ways by which illegal products are pushed into the market is by overproduction by tobacco companies, saving tax on the surplus. Since the surplus quantity is not monitored, its composition also goes unchecked.  Illicit tobacco harms individual and population health in additional ways. It has been estimated that the illegal cigarette market reduces average cigarette prices by about 4% and is accountable for about 2% higher cigarette consumption.

In the last three decades, the legal cigarettes’ share amongst total tobacco consumption in India has declined from 21% in FY82 to 10% in FY17. On the other hand, during the exact period, the overall tobacco consumption within the country has increased by 33%. “This drop-in legal cigarette revealed in the shift to the illegal cigarette and the 3 unorganized sectors of the Industry,” revealed the Authentication Solutions Providers’ Association’ (ASPA) advisory report urging the government to eliminate illicit tobacco trade in India according to WHO FCTC requirements.

Prime Minister Narendra Modi last year ratified the FCTC protocol towards India’s commitment towards fighting illegal tobacco trade. “The idea is whatever is sold, should be sold through proper channels, Nakul Pasricha, President, ASPA, told Financial Express Online. Implementation of tax stamps has been one of the most effective measures and the experiences in many countries demonstrate that a comprehensive approach to address illicit tobacco markets is most effective, he added. In Bangladesh, the illicit trade in cigarettes was reduced from 20% in 2000 to 1.2% in 2009 and in Turkey, tobacco tax revenues rose by 31.5% within the first year of implementing the system, he further added.

Illicit trade makes tobacco products more affordable and accessible to individuals from low-income groups, as well as children increasing consumption. The average street price of cigarettes remains 50 to 60% lower in comparison to taxation paid cigarettes. “Eliminating or reducing the illicit tobacco trade in India will reduce consumption (by increasing price), save lives, and increase tax revenue to governments. The government of India is currently losing approximately Rs 13,000crore annually,” it added.

Follow us on
Latest News
Looking to grow share of own channel business to 67%
Delhi’s air quality set to worsen, AQI Commission intensifies steps to restrict pollution
Hero MotoCorp Q2 profit drops 10 percent, plans multiple launches over next few quarters
Rs 4.25 lakh in fines for GRAP violations in Noida
PhonePe sets up 10 lakh SmartSpeakers for merchants, records over 100 cr transactions across India
Majority of employers in services sector keen to hire in Q3: Report
WhatsApp Communities launched for everyone, here’s what this feature does
Photos
Heart-wrenching! Here is a look at Morbi and the suspension bridge that collapsed
3 days agoOctober 31, 2022
In Pictures: PM Modi in Kargil to celebrate Diwali with soldiers, says, ‘All of you have been my family for years now’
1 week agoOctober 24, 2022
In Pictures: PM Modi inaugurates Deepotsav in Ayodhya; World record set by lighting of over 15 lakh diyas
1 week agoOctober 24, 2022
Read More
×
African countries look to India’s technology as more appropriate than those from the West
Govt’s GeM portal hits 12 million order volume in purchases from MSMEs
Entrepreneurship should be promoted in the state: Bengal’s Urban Development Minister Firhad Hakim
Bank credit to retail, wholesale trade grows 21% in September: RBI data
UCO Bank Q2 net rises 145% at Rs 504.52 crore
GIC, ESR to set up USD 600 million-fund to invest in industrial, logistics assets in India