Earlier today, Bagga was arrested by the Punjab Police from his residence in West Delhi, a month after he was booked for his remarks against Delhi Chief Minister Arvind Kejriwal over the latter’s views on the movie “The Kashmir Files”. 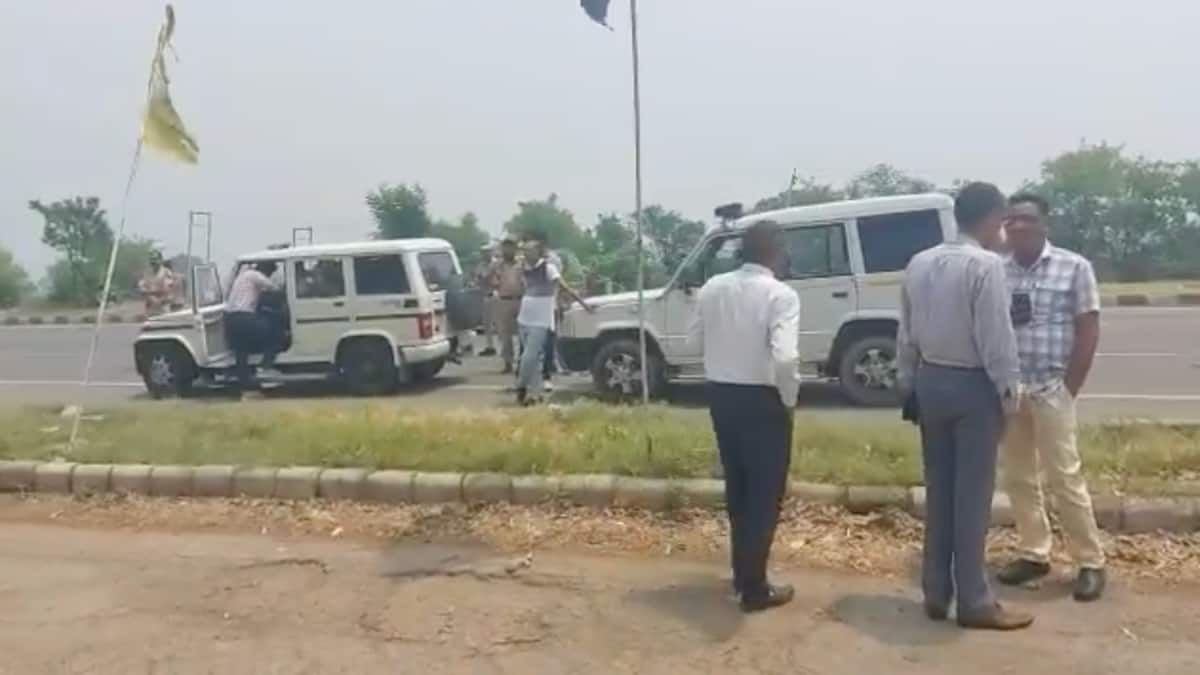 BJP spokesperson Tajinder Pal Singh Bagga arrested on Friday by Punjab Police in West Delhi was stopped en route by Haryana Police in Kurukshetra when he was being taken to Mohali.

The Haryana police was quoted as saying by the Indian Express that the cavalcade carrying Bagga was stopped as its Punjab counterpart failed to follow “due procedure” during Bagga’s arrest.

Earlier today, Bagga was arrested by the Punjab Police from his residence in West Delhi, a month after he was booked for his remarks against Delhi Chief Minister Arvind Kejriwal over the latter’s views on the movie “The Kashmir Files”.

“We offered them tea and they behaved and talked calmly and Tajinder was sitting there. A few minutes later, 10-15 Punjab Police personnel broke in. They dragged Tajinder out and did not allow him to cover his head.
“When I tried to make a video of the incident, my mobile phone was snatched and I was punched in the face and forced to sit down,” the Bagga’s father told reporters.

The Indian Express further quoted police official Manpreet Singh SP (rural), Mohali as saying that there was no manhandling of Bagga and his family during arrest. Singh said that there is a video footage of the arrest to prove his claim.

“The Aam Aadmi Party has shown no law to justify the arrest. The manner in which he (Bagga) was taken is in direct violation of the Delhi High Court order. Tanashahi nahi chalegi (Dictatorship won’t be tolerated). The illegal arrest of party workers will not be tolerated and there will be a legal fight. This is a blatant misuse of state police and power,” she said in a press conference.