Kejriwal earlier used to cry over crop residue burning in Haryana and Punjab, and blame farmers in these states when air pollution levels increased in Delhi. 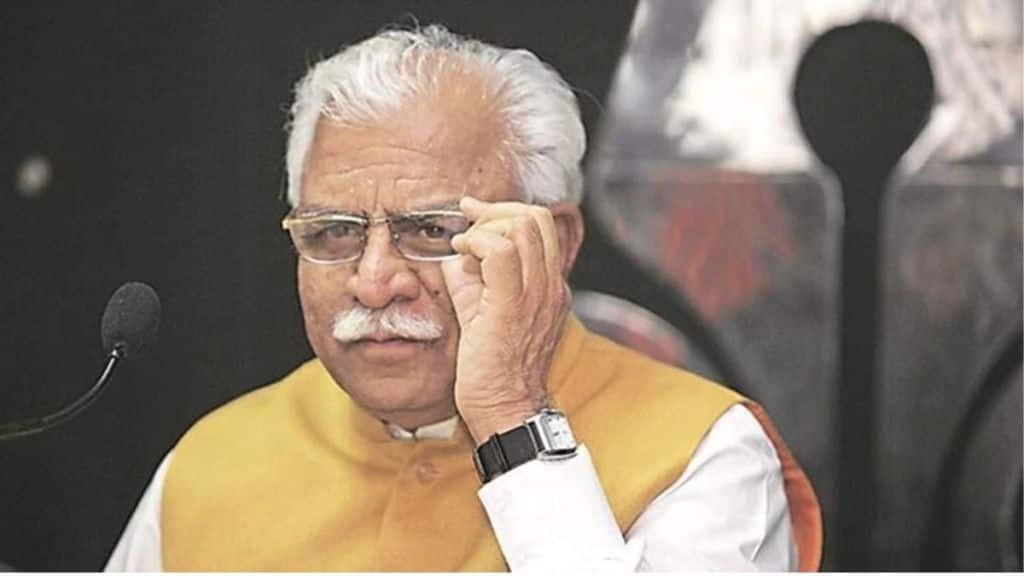 The Aam Aadmi Party (AAP) in assembly elections in Punjab this year defeated the Congress to come to power in the agrarian state. (File)

Senior BJP leader Manohar Lal Khattar on Monday targeted Chief Minister Arvind Kejriwal for not removing jailed AAP leader Satyendar Jain from the cabinet, saying if he does not do it either the court will or people will “beat up and remove” him.

Jain is lodged at the Tihar jail since May 31 in a money laundering case registered by the Enforcement Directorate (ED).

Khattar, while campaigning for the BJP’s December 4 Municipal Corporation of Delhi (MCD) poll candidate in Shastri Nagar, hit out at Kejriwal, alleging that he is used to “cheating and lying”. “I have been a victim of this as the chief minister of Haryana,” the Haryana chief minister said, citing the issues of water supply to Delhi from his state and crop residue burning.

The Aam Aadmi Party (AAP) in assembly elections in Punjab this year defeated the Congress to come to power in the agrarian state.

Kejriwal blames farmers for crop residue burning, but he did not care to address local sources of air pollution in Delhi such as dust from roads and construction activities, and vehicular emissions.

Haryana increased Delhi’s water share from 750 cusec to 1,019 cuse when the city faced a water crisis. If Punjab had released adequate water to Haryana, there would have been no shortage of water for the national capital, Khattar said.

He said stories of corruption of the AAP in the national capital are common knowledge.

On the Delhi government’s initiatives to prevent crop residue burning, Khattar alleged that in the name of farmers, the Kejriwal government has spent just Rs 40,000 on bio-decomposer solutions and Rs 23 lakh on its distribution while Rs 14 crore was spent on publicity. These show that only 300 farmers benefitted, he claimed.

“They (the AAP government in Delhi) have done several such scams of crores of rupees, and now, they are having fun inside jail,” Khattar said.

The Haryana chief minister claimed that Kejriwal says he will remove those involved in corruption if found guilty. “Arre tum kya hataoge (you wouldn’t need to remove anyone)? If found guilty, the court itself will remove him and if there are any more delays, the people will beat up and remove him,” Khattar said, apparently referring to Jain.

The BJP has alleged that “VIP treatment” is being given to the AAP leader and has demanded Kejriwal remove him from the post of minister.

Jain is in the eye of a political storm over videos purportedly showing him getting massages and other special facilities, and meeting a prison superintendent in his cell in the Tihar jail.