Dalai Lama fled his homeland after sensing threats to his life from the Chinese authority after it invited the spiritual leader to attend a dance show without his security guards. 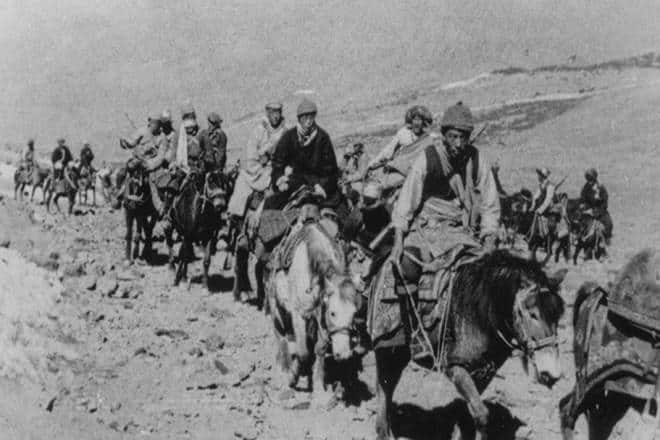 Tibetan spiritual leader Dalai Lama on Saturday completed 60 years in exile in India. He crossed over to the country exactly six-decade ago on March 30, 1959. Dalai Lama fled his homeland after sensing threats to his life from the Chinese authority after it invited the spiritual leader to attend a dance show without his security guards.

The invitation triggered suspicion among the followers of the spiritual leader who was later advised to leave the country. Following the instructions, Dalai Lama disguised as a common soldier set off for India on March 17, 1959. Two weeks later on March 30, Dalai Lama entered what is now the Indian state of Arunachal Pradesh.

Since then, the spiritual leader has been living in the country with his headquarter at Dharmashala in Himachal Pradesh. Dalai Lama who describes himself as a simple Buddhist monk was born on 6 July 1935 to a farming family in Taktser village in northeastern Tibet. In 1989, Tenzin Gyatso was awarded the Nobel Peace Prize for his non-violent struggle for the liberation of Tibet.

Dalai Lama has received hundreds of awards and honorary doctorates for his message of peace, inter-religious understanding, universal responsibility and compassion. Around eight years ago, he announced his retirement from the politics in Tibet.

What Led to His Escape

On 10 March 1959, General Zhang Chenwu extended an invitation to the spiritual leader to attend a theatrical show. However, the invitation was repeated with new conditions that no Tibetan soldiers were to accompany the Dalai Lama and that his bodyguards be unarmed. Following this, tens of thousands of followers gathered around the Norbulingka Palace and prevented his leader from attending the event. A week later on March 17, Chief Tibetan Oracle Nechung Oracle instructed Dalai Lama to leave the country. The Oracle’s decision was confirmed when divination performed by the leader produced the same answer.