A Delhi court on Tuesday sent fact-checking website Alt News co-founder Mohammad Zubair to four days’ policer custody for allegedly hurting religious sentiments through one of his tweets in March 2018. 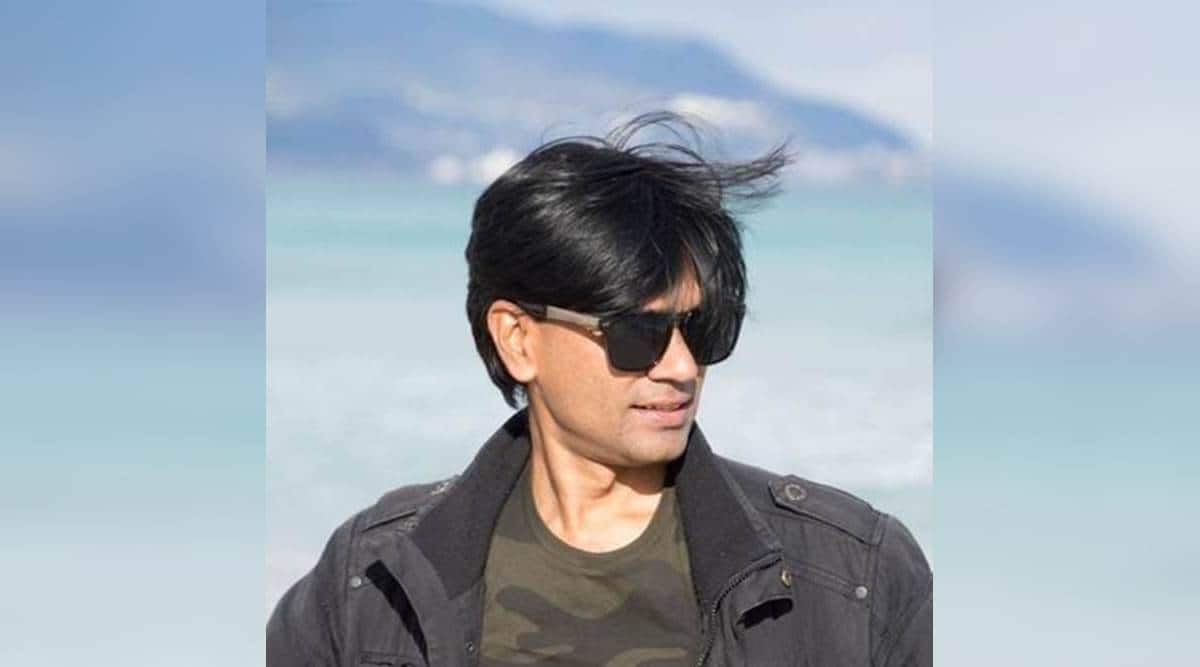 A Delhi court on Tuesday sent fact-checking website Alt News co-founder Mohammad Zubair to four days’ policer custody for allegedly hurting religious sentiments through one of his tweets in March 2018. The police had sought a five-day custody of Zubair.

Zubair was arrested by the Delhi Police on Monday for allegedly hurting religious sentiments through one of his tweets. Earlier this month, a case against Zubair was registered under sections 153A (promoting enmity between different groups on grounds of religion, race, place of birth, language etc.) and 295A (deliberate and malicious act intended to outrage religious feelings) of the Indian Penal Code (IPC), K P S Malhotra, Deputy Commissioner of Police (Cyber Cell).

In March 2018, Zubair had shared an image from Hrishikesh Mukherjee’s classic ‘Kissi Se Na Kehna’. It shows a hotel signboard that reads ‘Hanuman Hotel’ in Hindi, but paint marks suggest it was earlier called ‘Honeymoon Hotel’. Zubair wrote with the image, “Before 2014: Honeymoon Hotel, After 2014: Hanuman Hotel”, in what appeared to be a dig at the BJP coming to power in 2014.

Zubair’s lawyer Vrinda Grover, however, rubbished the claim that he edited the image and said there was no basis to charges of hurting religious sentiments or promoting enmity. “This is not a place of worship. It is joke on honeymooners… The entire case borders on absurdity.”

“What has happened between 2018-2022 because of this tweet?… My client is being targeted for his work. He may be challenging people who are powerful but that can’t be a reason for his harassment,” she told the court.

Advocate Grover further said that “if it was an anonymous Twitter handle that chose to create mischief, then that has to be investigated. My client is being targeted. He is maybe someone who challenges people who are powerful and that can’t be the reason for his arrest.”

hat the police was ‘abusing it’s power.’ “Today, my laptop and phone is a storehouse of my personal information. They want my laptop because I am a journalist. Our laptops contain sensitive information. A fishing enquiry begins when the laptop is seized. That tweet cannot withstand any legal scrutiny. I have been challenging people who are speaking certain things. Will that deprive me of my liberty?” Grover told the magistrate court.

Rebutting Zubair’s arguments, the Prosecution said: “All applications are deleted from his (Zubair) mobile phone. He threatened the investigating officer. His parents have laptop from which data will be deleted, he said. He came with a blank phone.”

Earlier, police in a statement said Zubair was “evasive” on their questions and neither provided the “necessary technical equipment” for the purpose of the investigation nor cooperated in the case. “During investigation, the conduct of Mohammed Zubair was found questionable, which warranted his custodial interrogation to unravel the conspiracy in this matter. Accordingly, he has been arrested,” the statement said.

According to the officials, Zubair’s tweets were getting re-tweeted and it appeared that there was a brigade of social media entities who indulged in hate mongering, thereby leading to a possible ramification on communal harmony and which was against the maintenance of public tranquillity.

On Monday, Zubair joined the probe in a case registered against him in connection with another tweet in 2020. During the investigation of the case, the Delhi Police had given a status report, in which that tweet was not found to be objectionable. But his subsequent tweets were found to be questionable and derogatory, the police said, adding that in the investigation of FIR number 194/20, Zubair was examined earlier and the probe is about to be concluded.

“In June 2022, when Delhi Police was alerted by a Twitter handle that Mohammad Zubair had made an objectionable tweet earlier and his followers/social media entities had amplified and created a series of debates/hate mongering in the thread, he was examined in the case registered earlier this month and his role was found objectionable,” the statement said.

Opposition leaders slammed the Centre over Zubair’s arrest “Every person exposing BJP’s hate, bigotry and lies is a threat to them. Arresting one voice of truth will only give rise to a thousand more. Truth ALWAYS triumphs over tyranny.