The first few aircraft that were delivered, within four months of signing the contract, in April 1979, were from amongst those already in service with the Royal Air Force. 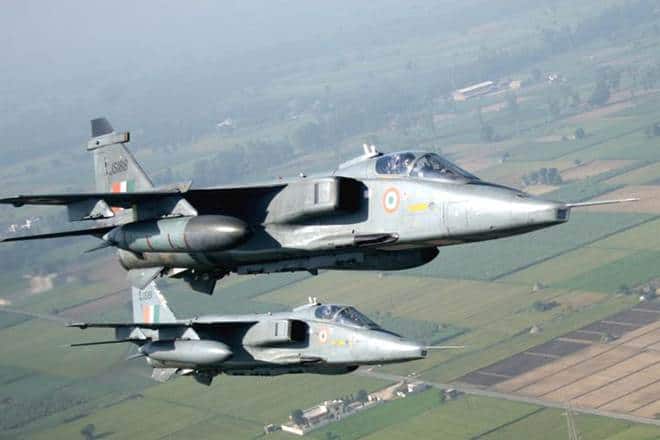 On 26 July this year, the entire nation commemorated 20 years of India’s victory in Kargil. Amidst these celebrations, however, another significant military event that took place four decades ago got clouded. It was on July 26, 1979, that the Indian Air Force inducted its first Jaguar, twin-engine, ground-attack aircraft in the 14 Squadron, “The Fighting Bulls” at the Ambala. This aircraft significantly enhanced India’s deterrence over its western neighbour. Costing over a billion dollars, it was one of India’s single largest defence acquisitions of that time. It also marked a clear departure of a decade long Soviet centric defence acquisition policy.

India procured this aircraft from Britain. The first few aircraft that were delivered, within four months of signing the contract, in April 1979, were from amongst those already in service with the Royal Air Force. The fact that this aircraft was a nuclear-capable platform, caused the US to exert immense pressure to block this sale, though to no avail.

Acquisition of Jaguar aircraft was to fulfil India’s quest for a “Deep penetration Strike Aircraft”, to replace the ageing Canberra’s and Hunters in its inventory. It was amongst the first Indian arms procurement programme for which both the eastern as well as the western block countries fielded their platforms, which included the Soviet MiG-23; the Swedish Viggen; the French Mirage F1 and the Anglo-French Jaguar, which emerged as the preferred option after protracted trials.

One of the prime considerations for opting for Jaguar was its quick delivery schedule. As mentioned above, the first few aircraft came from the RAF inventory, to be replaced subsequently by newer India specific versions. The second Jaguar Squadron was operational within 3 years! Concurrent preparations began at the HAL Bangalore Division for its licensed assembly in India. By the mid-’80s IAF had a four squadron operational fleet of Jaguars. In 1987, a flight worth of Jaguar’s Maritime Strike Variant, the Jaguar IM were also introduced. India today has nearly six squadrons of this aircraft, with their vintage ranging from about a decade to nearly four decades. This aircraft has seen perhaps the maximum number of upgrades, including the recent mounting of AESA radars.

The Jaguars have the unique characteristic ability to accurately deliver heavy bomb loads at long ranges, flying low at fast speeds. Post Israeli strike of Iraqi nuclear reactor in 1981, fears got evoked in Pakistan of India using this aircraft to strike their nuclear facility at Kahuta.

These aircraft have participated in almost all major operations conducted by the Indian Armed Forces. During the Indian Peace Keeping Operation in Sri Lanka in the late 1980s Jaguars were used for photo-reconnaissance missions. During Operation Safed Sagar in 1999, Jaguars were used for targeting Pakistani intruders in Kargil. Over the last 15 years, these aircraft have participated in joint exercises with friendly countries both in India and abroad.

These potent aircraft of the Indian Air Force, at least the later versions, are likely to remain in service for another decade-plus. For their four decades of service to the nation, and a decade-plus ahead, these potent aerial platforms do deserve recognition and our salute.

(Author is pursuing a PhD in Defence and Strategic Studies at Panjab University, Chandigarh. Views, expressed are personal.)