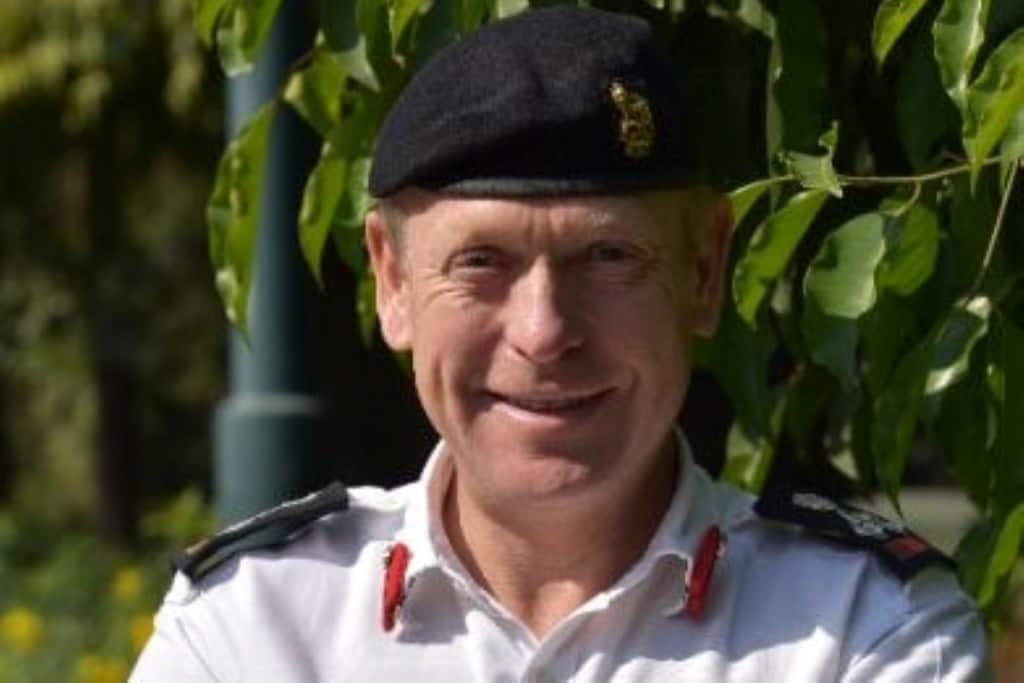 The UK and Indian governments are currently in discussions about partnerships and sharing of expertise in four key capability areas.

This year HMS Queen Elizabeth will lead a British and allied task group on the UK’s most ambitious deployment for two decades, its the deployment will be through the Mediterranean, the Indian Ocean and on to East Asia. “It is natural for the inaugural deployment of our Carrier Strike Task Group to include a visit to the region. The deployment is a sign of the UK’s commitment to regional security,” says Brigadier Gavin Thompson, UK Defence Adviser to India.

The UK and India are natural partners in defence and the focus of the relationship has been on research, development and training. To this end, both of the governments are looking forward to a number of defence collaborations in the future.

What are the plans of your government to participate in the Indo-Pacific group?

The Indo-Pacific is increasingly important for the UK. It is at the heart of global economic growth, and a region of increasing geostrategic importance. The UK has a range of enduring security interests in the region and many important bilateral defence relationships. And, we are committed to building on the commitment made by our prime ministers to deepen commitment to ensure a free, open, inclusive and prosperous Indo-Pacific.

In the 2010 Strategic Defence & Security Review the UK committed to increasing its emphasis on the Indo-Pacific, in full recognition of this changing geopolitics in the Indo-Pacific region. Supportive of the Indo-Pacific as a concept, the UK has invested heavily in those defence equipment capabilities that will make it a much more prominent player in this region. From 2015-2025 the Royal Navy will grow 30 per cent in tonnage, be a two Carrier Navy and with plans to permanently base Offshore Patrol Vessels in the Indo-Pacific.

But let us not forget that this is in addition to our existing permanent presence. The UK has a 7 x 7 presence in the Western Indian Ocean Region, alongside its presence in India: it has 7 permanent bases in Kenya, Singapore, Brunei, Nepal, Bahrain, Oman, and the British Indian Ocean Territory (BIOT), and 7 ships deployed at any one time to provide security in the Western region of the Indo-Pacific.

What is the status of the Indo-UK Military Relations, especially in Maritime Security?

Under the Defence and International Security Partnership (DISP), the UK and India have formed six bilateral working groups as subgroups to the Defence Consultative Group. We work together enthusiastically to develop our relationships between the Army, Navy, Air Force, Science & Technology, Equipment, and the Joint Environment.

So while the UK has a unique, world-leading technological and industrial-military offer as the second-largest defence exporter in the world, the UK understands drive-in India towards self-reliance in the defence sector. For this reason, our memorandum of understanding that introduces a new Government-to-Government approach is about the co-creation of technology; to not only ‘Make in India’ but also ‘Create in India’ through the co-development of Intellectual Property.

The Logistics Agreement was expected to be inked later this month. So, now when will it be inked?

The UK-India Logistics memorandum of understanding is currently in the final stages of agreement between our governments, and we look forward to it being signed in the very near future. It will complement our equipment memorandum, signed early last year, and a developing Training memorandum as part of the close Defence partnership our nations enjoy.

What about the government to government format for defence deals between the India-UK, as was announced in 2020 at the DefExpo.

The UK and Indian governments are currently in discussions about partnerships and sharing of expertise in four key capability areas: Cyber, Army modernisation, Maritime Technology, and Future Combat Air Systems.

We have held constructive discussions with Indian government agencies and industry on future Combat Air. We see the potential for co-operation on key systems or sub-systems to deliver mutual long-term benefits. We believe the UK has a major role to play in the development of India’s indigenous combat air capability.

What about the agreement related to collaboration in developing a jet engine?

We have reached an important stage in our plans to work with India on combat air development.

The UK is committed to bringing the benefits of its world-leading Maritime Domain Awareness capability to the Indo-Pacific. Of course, the UK is very excited about the opening of the Information Fusion Centre, as it will enable engagement with partner nations and enable the further development of comprehensive Maritime Domain Awareness and sharing of information on vessels of interest. But the IFC LO is but one part of a larger plan to use the UK’s experience to enhance security for all in the Indian Ocean Region. The UK sees the IFC as something which will deliver real value in helping us interface and integrate, and thus benefit from each other’s best practices and expertise. As and when India is ready, the UK is stood-by to provide its experience to the IFC.

Which companies are participating in the Defence Corridors?

We are pleased that the UK’s oldest firearm manufacturer, Webley and Scott, announced plans to establish production in Uttar Pradesh; following BAE Systems who were the first foreign original equipment manufacturer (OEM) to do so with their M777 manufacture in partnership with Mahindra Defence. Promoting mutually beneficial investment into India’s Defence Corridors remains an enticing prospect for UK defence industry as it looks to realise the vast potential for ‘Creating in India’.

Future announcements on UK and India Government-to-Government collaboration can only embolden UK industries’ interest in the Indian market and the Defence Corridors.

About the forthcoming Military Exercise: KONKAN

We are working together and have high levels of interoperability. This is evident from our bi-annual exercise programme across all the services where Indian and British forces undertake joint exercises and our work together in South Sudan on UNMISS – the UN Mission in South Sudan.

We have bilateral exercises: Ex-Ajeya Warrior for the Army, Ex-Konkan for the Navy, and Ex-Indra Dhanush for the Air Force.

HMS Defender and INS Tarkash exercised together in the UK waters in 2019 and HMS Defender then visited Goa as part of Exercise Konkan.

We hope this year’s visit of the UK’s Carrier Strike Task Group to the Indian Ocean Region leads to the opportunity to work with the Indian Navy in what could be an ambitious Ex-Konkan. Such an exercise would be an impressive demonstration of the strong Defence partnership between our two nations whilst enhancing the interoperability capabilities of both navies.

Finally, how many British Companies are expected to come for Aero India?

14 UK companies had committed to attending Aero India 2021, either as standalone exhibitors, co-exhibitors at the UK Pavilion or business delegates. The current COVID 19 situation could now impact on attendance but the UK is confident of a strong presence by showcasing expertise in Combat Air, Complex Weapons and Maritime Technologies at the UK Pavilion.