Letters and numbers: Because of irrational fears, not just certain numbers, but also certain letters are avoided

WHO skipped Nu and Xi in SARS CoV-2 nomenclature, yielding to a phobia 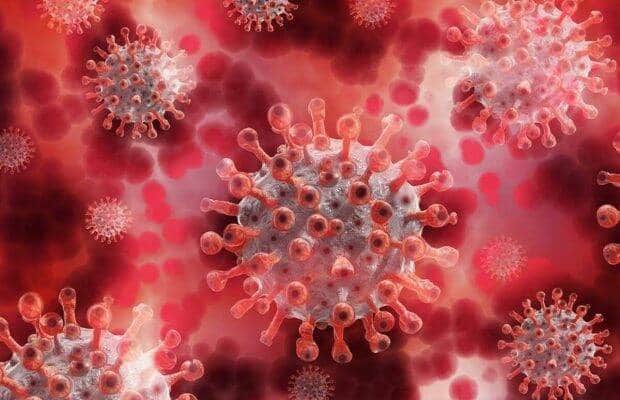 Some buildings do not have a 13th floor, others a room numbered 13. Restaurants may avoid a table numbered 13; airports may do the same with gate numbers. Friday the 13th makes it worse and I have lost count of the number of films (and books) with that theme. Friday the 13th is the stuff of horror. People are actually scared of Friday the 13th, and there is a specific term for that phobia—friggatriskaidekaphobia, an expression less complicated than it seems. Frigg is the goddess (now made famous as Frigga by Marvel Comics), who lends her name to Friday, while triskaidekaphobia is fear of the number 13.

We thus have two different phobias combined, fear of Friday and fear of 13. Nathaniel Lachenmeyer has a book titled “13: The Story of the World’s Most Notorious Superstition”. That disentangles the two fears and suggests fear of Friday is of relatively recent vintage. So far as Friday the 13th is concerned, we can date it to Thomas Lawson’s 1907 novel of that name, which was about an artificially triggered Wall Street crash on Friday the 13th. Fear of 13 is older and contrary to popular impression, pre-dates Judas and the Last Supper by several centuries. There have been empirical tests to check if Friday the 13th is truly unlucky, for instance, by using data on traffic accidents. The case has not been proven, at least statistically. But because of the fear, the number 13 is often avoided.

Because of irrational fears, letters may also be avoided. There is a synonym for friggatriskaidekaphobia. It is paraskevidekatriaphobia, based on the two Greek words for Friday and 13. Mathematicians and those who use mathematics a lot (physical and social scientists) often used Greek letters. Letters of the English alphabet only suffice for limited purposes, like 2- or 3-dimensional algebra. Beyond that, they are liable to cause confusion. Thanks to the Book of Revelation, everyone who has read the New Testament knows that the first letter of the Greek alphabet is Alpha and the last letter is Omega.

Thanks to the raging pandemic, everyone has heard of the 15th letter of the Greek alphabet, which happens to be Omicron. Using that practice of using Greek letters, WHO’s nomenclature for SARS-CoV2 variants went down the list of first 12 Greek letters. Ergo, the new variant from South Africa should have been named Nu and next comes Xi. But WHO told us why it didn’t use either.

“Two letters were skipped—Nu and Xi—because Nu is too easily confounded with ‘new’ and Xi was not used because it is a common surname and WHO best practices for naming new diseases (developed in conjunction with FAO and OIE back in 2015) suggest avoiding ‘causing offence to any cultural, social, national, regional, professional or ethnic groups’.” A lot of transcendental and professional groups are interested in Pi, which comes next. Imagine what will happen if ‘Tau’ ever comes to be used. No matter. Yielding to a phobia, WHO decided to not use two Greek letters.

Section 39 of the Motor Vehicles Act requires every motor vehicle to be registered “by a registering authority in whose jurisdiction he (the owner) has the residence or place of business where the vehicle is normally kept”. “The registering authority shall assign to the vehicle, for display thereon, a distinguishing mark (in this Act referred to as the registration mark) consisting of one of the groups of such of those letters and followed by such letters and figures as are allotted to the State by the Central Government from time to time by notification in the Official Gazette, and displayed and shown on the motor vehicle in such form and in such manner as may be prescribed by the Central Government.” Delhi’s allotted letters are DL and, therefore, every motor vehicle registered in Delhi will have a registration number starting with DL.

After that, it becomes scientific. RTO offices have zones. Hence, DL-03 will mean the Sheikh Sarai RTO office. Following that, there will be a letter indicating category of vehicle, ‘C’ for cars and SUVs, ‘E’ for electric vehicles, ‘T’ for tourist vehicles and so on. It is so scientific that other states have followed suit, Rajasthan for example. ‘S’ stands for two-wheeler. Thereafter, a typical Delhi number will have something like AA 1111, where the AA series is fixed by RTO and passed on to the dealer. The customer has no choice in the matter.

For the ‘1111’ segment, preferred numbers have been e-auctioned and there is limited choice, provided you are prepared to pay more for fancy digits. E-auctions aren’t Delhi specific and several states have done this. There is a difference between what RTO regards as fancy and what tickles the bidder’s fancy. Gaps between the two seem to be the greatest in Rajasthan and Haryana. But that AA string has no choice. The customer has to lump it. The current two-wheeler series in Delhi was EX. Therefore, if you bought a two-wheeler in Delhi now, you were stuck with SEX. RTO doesn’t use O and I, to prevent confusion with 0 and 1. EX was different. This led to smirks and discomfited ladies, and has now been discontinued. One kind of genophobia, perhaps.

Chairman, EAC to the PM