Last week, an official of the United States Commission on International Religious Freedom (USCIRF) said this in a briefing to the US Congress. 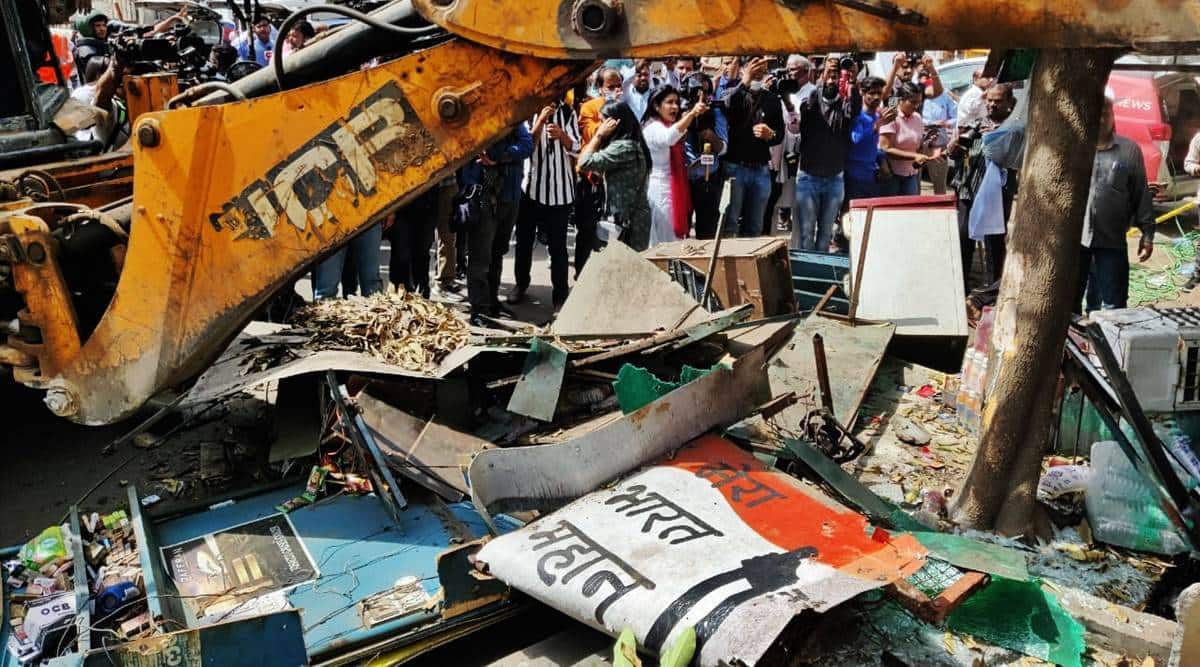 The deliberate targeting of India’s Muslims is the root cause of the violence.

Just before I sat down to write this piece, the head of the RSS made a very important statement. He said, “Violence does not benefit anybody. The society to which violence is dear is now counting its last days. We should forever be non-violent and peace-loving. For this, it is essential to bring together all communities and preserve humanity.” Wow!! Who was this aimed at? BJP leaders who have weaponized the Hanuman Chalisa and turned the greeting Jai Shri Ram into a war cry? Hindu ‘saints’ declaring that genocide is the way to deal with Muslims? Bajrang Dal thugs who wander about smashing Muslim shops? Cow vigilantes who lynch Muslim dairy farmers and meat traders? Idiots objecting to iftar in the Army? Or the Prime Minister who has remained silent while his second term in office has been defined by religious violence?

Whoever he was addressing, Mohan Bhagwat deserves respect for saying what he did. What is very hard to understand is why it was not the Prime Minister who took the lead in saying something about the deliberate targeting of the Muslim community by his chief ministers, ministers, acolytes, Twitter warriors and party spokesmen. The deliberate targeting of India’s Muslims is the root cause of the violence. There is no point in pretending that it is not, because the world has noticed.

Last week, an official of the United States Commission on International Religious Freedom (USCIRF) said this in a briefing to the US Congress. “This environment that we’re in its (sic) creating a situation in which there is a prolific amount of violence going on around India that is targeting and focused on mob violence, but also violence that is being tolerated (and) engaged in by officials at different levels that is being perpetrated… against Muslims (and) Christians.” The USIRCF has recommended, for the third time, that India be designated as a Country of Particular Concern (CPC) on the US government’s list of the world’s worst offenders of religious freedom. This list includes Russia, China, North Korea, Saudi Arabia, Iran, and Pakistan.

Last week was Holocaust Remembrance Day so the word genocide was mentioned a lot by more reckless and foolish critics of India and comparisons were invoked with Germany in the Thirties. The comparisons are ludicrous because India’s Muslims constitute nearly 20 per cent of our population, and they are far from being helpless victims of a murderous State. They have shown the ability to fight back against repression every time they have faced it. This does not take away from the truth that the most vulnerable members of this community have been targeted.

Muslim shops and businesses have been brutally vandalized. Images of that gang of thugs lifting watermelons off a Muslim fruit vendor’s cart and smashing them to the ground were viral on social media for days. It moved enough people for a fund to be started online. And there are many others. There was that bangle seller whose wares were smashed by another hate-filled mob because he was selling bangles in a Hindu area. Instead of the police arresting the vandals, he ended up in jail for allegedly molesting a Hindu girl.

If these stories of sundry, unemployed, unemployable youths wreaking hate-filled havoc were not bad enough, we now have BJP chief ministers and municipal officials demolishing Muslim homes with missionary zeal. Let us not pretend that most of the demolitions we have seen in Khargone and Delhi were not Muslim homes. Then there is that unstoppable stream of saffron-clad ‘saints’ who pop up every other day to demand genocide as the final solution to our Muslim problem. Is there some end goal that all this violence is leading to? Are there still responsible leaders in the BJP who believe that hate speeches and violence are going to drive Muslims out of India? Are there those who believe that this is the way to avenge the wrongs done to Hindus when Muslims ruled India?

If you listen to those promoted by the BJP’s IT cell to spread hatred and verbal violence on social media, then there is someone somewhere in the highest echelons of the Indian government directing operations. If it is not the Prime Minister himself, then it is time for him to make his position absolutely clear as his RSS colleague has just done. What about a statement along these lines? The Indian Constitution guarantees the right to love, marry, work and worship to every Indian citizen and anyone who violates the Constitution will be considered a traitor. Included in this category of traitors should be those who respond to every act of violence by a Hindu mob with pictures of a Hindu being attacked by a Muslim mob.

Every time I have written in this column that violence against Muslims is causing serious damage to the fabric of India, I have been inundated with photographs of Hindus being killed by Muslims. And reminded about Hindu girls being abducted and forcibly converted in Pakistan. India is not Pakistan and to aspire to become Pakistan is pathetic and deeply stupid. So enough of this violence. If it does not stop, we are headed not towards a genocide of the Muslims but towards a civil war. Surely that is not what Narendra Modi would like history to remember as his legacy? If not, he must speak up as the RSS chief just did.