This has been the crucial achievement of the government over the past 4.75 years, that of having sustained India’s pace of growth while reigning in high levels of inflation that wrecked havoc during the term of the previous government. 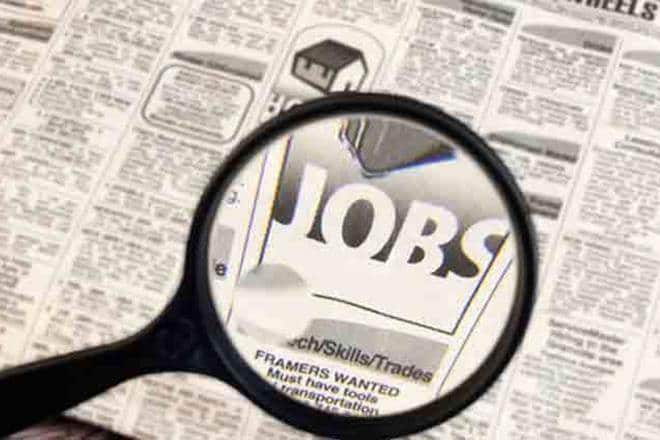 It is an undisputed fact that India’s economy has been growing fast over the past years, with India taking the title of ‘fastest growing large economy’ in 2018. What is more commendable is that this growth, lately, has been achieved with low inflation. This has been the crucial achievement of the government over the past 4.75 years, that of having sustained India’s pace of growth while reigning in high levels of inflation that wrecked havoc during the term of the previous government.

Further, the addition to the GDP, at current market prices, during 2014-19 (2019 numbers are estimates) is over 28% higher than 2009-14. India’s nominal GDP grew by `59 lakh crore in total during 2009-14, with high inflation. In contrast, nominal GDP grew by `76 lakh crore between 2014-19, but with low inflation—demonstrating much higher quality growth. For an economy of the size of India, growing at such a pace cannot possibly imply jobless growth. In the UPA II era, too, large-scale jobs creation would have taken place. But, the UPA seems to have forgotten how to count these jobs and fell prey to the bogus theory of jobless growth. To support our stance of healthy job growth, it is necessary for us to look at the key drivers of the nation’s economy which create jobs. We had previously looked at the transportation sector (bit.ly/2FtPrSS), wherein we had estimated that this sector alone had added nearly 14 million jobs from April 2014 to December 2018. Another large sector which creates jobs is the professional sector, much of which is non-corporate and outside the social security network.
Professionals who start their own practices also create a significant number of jobs every year and these need to be an integral part of our calculations. Job creation is high among professionals like chartered accountants, company secretaries, management accountants, lawyers, fashion designers, doctors, architects, project managers, financial advisors, insurance agents, real estate brokers, stock market brokers and intermediaries, and myriad other professional service providers.

The total jobs created by this segment of the economy is also a function of the rich human capital graduating from our universities and professional entities. There is consistent data available in the income tax (I-T) department’s annual Income Tax Return Statistics Reports that provide a total of non-corporate professionals who are taxpayers. Non-corporate taxpayers declaring their income under the head, income from professions, implies that they are not paid salary for themselves but pay salary to people employed by them. Most non-corporate professionals will have lower than 20 employees outside the purview of social security payments and can be counted separately. Based on the latest report for FY17, there is a total stock of 2 million such taxpayers as of March 31, 2017. Taking the average growth of around 150,000 new taxpayers per year, we can estimate the stock of non-corporate professional taxpayers at 2.4 million by March 2019. Of course, there will be more professionals working who may not be taxpayers but they will reflect as taxpayers in future years.

Taking an extremely conservative estimate of each taxpayer employing 5 individuals on an average, we can estimate that there is a total current stock of a minimum of 12 million people employed in this sector alone. We further estimate that three professions—chartered accountants, lawyers, medical professionals—together could be employing around 10 million people because a majority of these professionals, who have been practicing for 5+ years, would employ over 5 individuals. This is demonstrated in detail from our study which was published in the Yojana magazine in August 2018. The increase in total non-corporate professional taxpayers on a y-o-y basis helps us estimate the number of new practices being added every year. Using the same estimate of 5 jobs per practice, we can estimate from the attached graphic that 8 lakh jobs are added from the professional sector every year.

The attached graphic shows the incremental increase in taxpayers every year. It is possible that they were working earlier and they then came into the tax bracket this year. However, this is an annual feature with a continuing pipeline and, hence, it normalises over time. We estimate that the professional sector alone has created around 4 million jobs from 2014-15 to 2018-19 (last year numbers are estimated). Taking the jobs that we estimate from the transport sector—14 million over a similar time period—we can easily estimate a total of 18 million jobs were created in this period. We also cross-verified the annual flow of professional talent from our universities and professional entities to make sure that there was adequate talent joining the job market every year. Of course, very many will join corporate employers and come into the social security net, but large numbers will join professions too.

We need to next look at the EPFO, ESI, and the NPS data to get a good estimate of the overall jobs across these three big job sectors. But the inescapable conclusion is that India is producing a large number of jobs and there is no evidence for the bogus claim of jobless growth.

Pai is chairman, Aarin Capital Partners and Baid is head of research, 3one4 Capital