The young cohort of Indian population – Millennials – must realize the evolving scenario and appreciate the importance of saving early for a better post-retirement life. 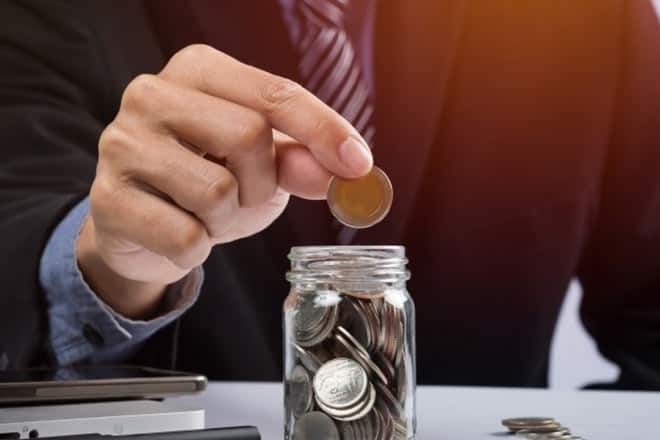 The provision of financial security in retirement is critical for both individuals and societies as most countries are now grappling with the social, economic and financial effects of ageing populations.

Globalization, innovation, advances in science and technology — our world is changing rapidly amid these developments. Many of these trends are so impactful that they can be considered megatrends. Changes brought about by such magnitude are already shaping societal constructs, how people lead their daily lives, plan for their future, and, ultimately, prepare for their retirement. Increase in life expectancy and aging population are megatrends that are exerting financial strain on social security safety nets as well as workplace benefits such as retiral benefits.

In 1950, when many of the current social security systems were being designed, the world population consisted of 205 million people over the age 60. By 2050, this figure is projected to reach 2.1 billion, a more than 10-fold increase. As per recent UN Population Report, the world’s population is expected to increase by 2 billion in the next 30 years, from 7.7 billion currently to 9.7 billion in 2050 and India’s population is projected to surpass China’s population by 2027. Developed economies like the United States, Japan and Western Europe nations had undergone similar transition in the mid-1980s when the number of aged and retired persons slowly outnumbered the young and working population.

India is facing a similar situation today. But unlike many developed nations that have social security programs which benefit the elderly, such social security programs are not available in India. Presently, there are government sponsored schemes catering to the aged population living below the poverty line. Indian youth today do not value saving for retirement. Retirement accounts play a very limited role in household balance sheets, even among the wealthy sections.

Also Read
Diwali Bonus 2022: Non-Productivity Linked Bonus for Central Government Employees – Eligibility, Calculation
Top 5 emergency situations where a Gold loan can help You
No-Cost EMI Scheme: Should you opt for it? Here’s what you must know
Interest rates rising? Step by step guide to taking the cheapest home loan

The provision of financial security in retirement is critical for both individuals and societies as most countries are now grappling with the social, economic and financial effects of ageing populations. The major causes of this demographic shift are declining birth rates and increasing longevity. But it is not only the ageing populations that represent challenges for pension systems around the world. The current economic environment with historically low interest rates in many countries and reduced investment returns are placing additional fiscal pressures on existing retirement income systems. Now, more than ever before, it is important to have a sustainable pension system.

The concept of retirement preparedness is changing rapidly. Today’s workers find themselves in a very different world to that of their parents. In many countries, the presence of traditional generous government pension is disappearing and millennials are seeking non-traditional job profiles. Although, it is suggested that one must start saving for retirement as soon as s/he starts earning, today’s youth fail to realize this at the appropriate phase of life as they mostly believe in living their life for today rather than planning for the future.

It is now time for a new social contract; one in which we don’t only take stock of the changes taking place around us today, but we also embrace the economic and social realities of tomorrow. First, in a world where responsibility for preparing for retirement is shifting from government and employer to an individual, we need to ensure that there is universal access to enable people to save for retirement. Financial institutions, community groups and other nonprofit organizations need to work together to develop long-term saving products that encourage people to save. By doing so we will be able to serve vulnerable groups, such as those working on a freelance basis or taking time out of work to care for family and loved ones.

Second, retiring at 60 is no longer financially viable for many in employment. This means that we, as individuals and as a society, need to look at our working lives in a fundamentally different way. A traditional career trajectory that involves taking on additional responsibilities over time by abruptly stopping work and leading a sedentary life at a destined pension age is becoming a thing of the past. It needs to be replaced by a more flexible approach and the ability to transit into retirement, be it by reducing hours or working in a different capacity. A new perceptive needs to be developed to address challenges of ageism. Third, at the same time keeping good health is essential for people’s ability to work longer and enjoy their retirement.

Most of the other developing countries – and most certainly developed countries – have implemented some form of universal social security, which provides a state-sponsored (or self-financed) safety net to people without any source of income, or provides sustainability for periods of unemployment. Going by the pressures on the fiscal and the current debate on economic reforms, it will be prudent to contemplate whether India needs to implement an auto enrollment program for universal social security system. India’s retirement income system comprises of an earnings-related employee pension scheme, a defined contribution employee provident fund, and supplementary employer managed pension schemes that are largely defined contribution in nature.

The National Pension System is gradually gaining popularity and provides a platform to individuals to secure their future by creating a healthy retirement corpus through investments. India score in the Melbourne Mercer Global Pension Index (MMGPI) 2019 rose to 45.8 from 44.6 last year. India’s index value increased largely due to the improvement in all three sub-indices of adequacy, sustainability and integrity. Government schemes such as NSAP, PMJJBY, PMSBY, PMSYMJ, etc have been launched as part of universal social security program aimed at benefiting the unorganised sector. There is still a large part of the informal sector workers without any funded means to supplement their lack of future income streams during retirement.

Hence, the young cohort of Indian population – Millennials – must realize the evolving scenario and appreciate the importance of saving early for a better post-retirement life.

Follow us on
Latest News
Customer deliveries of Ace EV to start this month
Green cryptocurrencies: The need of the hour is to switch to more environment-friendly technologies
Bird watchers’ paradise: Here are some popular bird sanctuaries in the world to visit
Magical mushroom: How does it taste?
Rajasthan International Folk Festival: From India-Ireland collaboration to Turkish oud in action, here’s what you will find this year
Blue Tokai: Homegrown coffee brand ‘brewing freshness’
On the shelf: Here are some of the books that you may find interesting
Photos
Durga Puja 2022: Celebrations begin across India; devotes reach temples to pay respect |In Pictures|
1 week agoOctober 1, 2022
Swedish Carl Gustaf M4 to be made in India, will be exported too
1 week agoSeptember 28, 2022
Prime Minister Narendra Modi attends Shinzo Abe’s funeral in Japan
2 weeks agoSeptember 27, 2022
Read More
×
Cyber insurance: How it can protect small and medium businesses
Top 5 emergency situations where a Gold loan can help You
Interest rates rising? Step by step guide to taking the cheapest home loan
Why real estate investment is not always a good choice
Use short duration funds to ride rate hikes
Life insurers’ new business premium income grows 38% in H1