Held once every 12 years, Kumbh is a major Hindu festival and it begins with the holy dip in the River Ganga by thousands of devotees on the occasion of Mahashivratri. 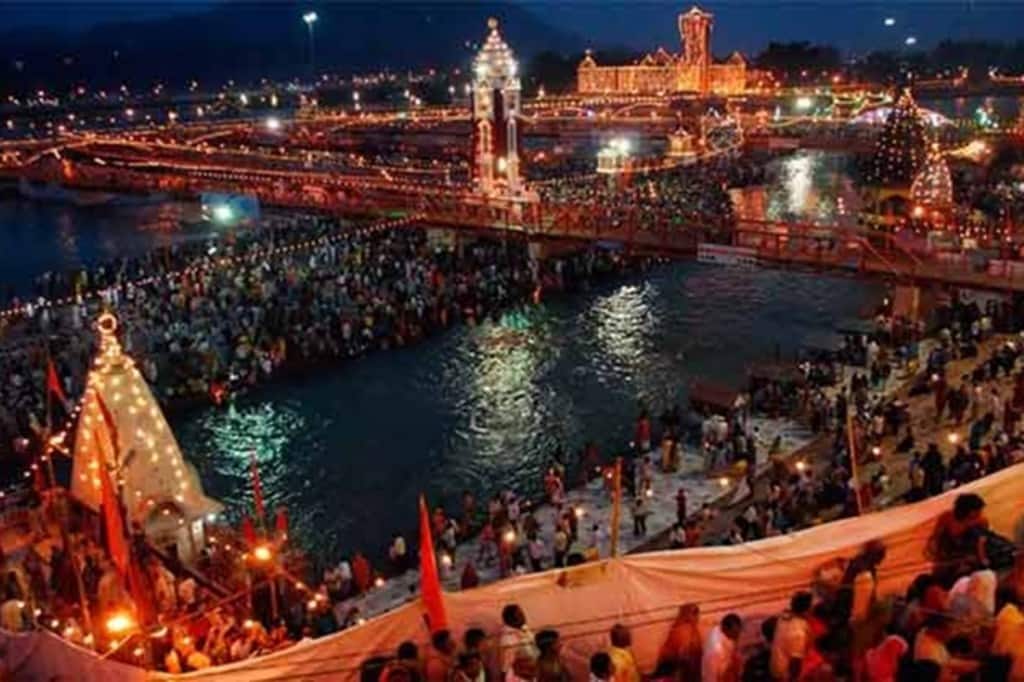 When the SOP and guidelines were previously issued, the country had not begun to witness a second wave. (File image: Reuters)

Kumbh Mela 2021: As Uttarakhand is gearing up for hosting the Kumbh Mela 2021 at Haridwar, the rising number of cases across India are a sign of trouble. The fair is scheduled to be organised some time between April 1 and Apri 30, but the duration of the fair is yet to be notified by the state. However, amid the second wave of coronavirus that the country is witnessing right now, the fair is set to be different from the previous fairs. Held once every 12 years, Kumbh is a major Hindu festival and it begins with the holy dip in the Ganges by thousands of devotees on the occasion of Mahashivratri. However, the highlight, usually, is the massive fair that is held for devotees which witnesses a massive influx of visitors.

Earlier, Centre had issued a set of SOPs for the state to follow during the festival, based on which Uttarakhand released detailed guidelines meant to keep the pandemic at bay. Now, however, the Centre has told the state to ensure stringent measures are in place for the Kumbh Mela.

When the SOP and guidelines were previously issued, the country had not begun to witness a second wave, but now, with India recording over 40,000 daily new cases, effective measures in place are highly important. This is especially because amid the holy dips, up to 40 people, including visitors and locals, are being tested positive for the virus daily. Accordingly, the 55,000 tests that the state is currently conducting would not be sufficient to effectively manage the number of pilgrims and locals that the state would need to test during the fair.

The state has therefore been asked to increase the number of tests it conducts daily, as per the guidelines of Indian Council of Medical Research (ICMR), and increase awareness regarding the self-reporting of symptoms suggesting COVID-19.

Meanwhile, here are certain do’s and don’t’s that pilgrims would need to follow to visit the Kumbh Mela 2021:

The state is expecting that on regular days of the Mela, about 10 lakh people would be visiting, while auspicious days could witness up to 50 lakh people attending the Mela. Amid this, it is understandable that both the Centre and the state would be leaning towards stringent measures, since if gone unchecked, the Mela could turn into a super-spreader event. This could be highly detrimental to the progress India has been making against the coronavirus pandemic, especially amid the second wave. This could also undo all of the efforts that the country has put in to vaccinate over 4.4 crore people within a span of two months.

The second wave in itself is troublesome for the country, which was down to reporting less than 10,000 daily cases in February after reaching a peak of over 95,000 daily cases. It had also gone down from its position as the country with second highest number of cases to the third place after Brazil surpassed India. But now, with the second wave bringing the tally of daily cases to nearly half of the peak number of daily cases, India stands on the edge of tumbling over to another wave of rapidly spreading cases, which could lead to another stringent nation-wide lockdown being enforced.

Follow us on
First published on: 21-03-2021 at 16:31 IST
Latest News
On the Shelf: Here are some of the books that you may find interesting
Growth key tool for fiscal consolidation: FM
Across the aisle by P Chidambaram: Budget (1): Text ignores the context
Fifth column by Tavleen Singh: The rules of democracy
Over the top by Meraj Shah: Fit for kings
Osteoporosis: Strengthen the skeleton
Chinese Lunar New Year: Rabbit retail
Photos
Poco X5 Pro 5G: FIRST LOOK at Poco’s upcoming “value” midrange phone
11 hours agoFebruary 4, 2023
Battle of Stalingrad: Russia marks 80th anniversary of Soviet victory, See photos
15 hours agoFebruary 4, 2023
Samsung Galaxy S23 Ultra is not the first 200MP camera phone: Here are 5 smartphones that did it first
2 days agoFebruary 3, 2023
Read More
×
India in Search of Glory: Looking back & ahead
‘Indian art market is on course to have its best performing year ever’
Hindi’s global march
Digital facelift for good old pen and paper
Tribal artists: Hues of tradition
Between sips by Magandeep Singh: Gastronomic delights
Switch to Hindi Edition