Financial inclusion is about delivering banking services to all sections of society. Primarily, it’s enabling to reduce the economic gap between the rich and the poor with an aim to lead economic progression in the country. 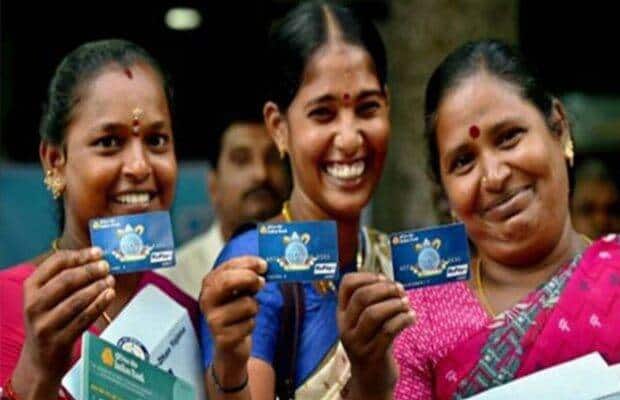 55% of Jan Dhan account holders are women, and 67% are in rural and semi-urban areas. (File image)

Well, that’s true. It’s because more than 430 million bank accounts have been opened under this scheme since inception, amounting to INR 1.46 trillion. Out of which, 370 million that is 86%, are currently operative. In the last seven years, Jan Dhan has financially included the segments like women and the rural population into the formal banking system, thereby empowering them financially to hold a bank account. In fact, today, 55% of Jan Dhan account holders are women, and 67% are in rural and semi-urban areas. Moreover, a total of 312.3 million RuPay cards have been issued to PMJDY account holders.

Hence, the figures mentioned above clearly attest that a significant shift towards financial inclusion is in progress in India.

However, before delving deep into the initiatives leading to financial inclusion in the country, it’s essential to understand what it means.

Financial inclusion is about delivering banking services to all sections of society. Primarily, it’s enabling to reduce the economic gap between the rich and the poor with an aim to lead economic progression in the country.

For instance, to avail schemes like PM-KISAN or life and death insurance, the first step requires people to have a bank account – and that’s what PMJDY provides.

In addition, Aadhaar helps identify and register beneficiaries, and mobile numbers allow communication with them via SMS.

At the same time, during the pandemic-induced lockdown, JAM played a game-changing role as it helped reach out to the citizens staying in the farthest corners of the country. It is because of JAM a total of INR 309.45 billion were credited to women PMJDY account holders during Covid-19 lockdown.

Clearly, Jan Dhan, as the first step towards financial inclusion, followed by banking services like debit cards, insurance, pension scheme, etc., is bringing the financially excluded segment into the formal banking system. Today, the number of individuals visiting banks and ATMs has considerably increased in rural and urban areas.

In addition, Aadhaar Enabled Payment System (AePS) is another service to facilitate financial inclusion in India. It helps in withdrawing money (financial aid received) at micro-ATMs using Aadhaar number and fingerprint. Providing authentication of customers, availability of services, accessibility through AePS channel, and affordability as it’s free of cost, AePS is undoubtedly playing a crucial role in the journey of financial inclusion. In fact, the National Payments Corporation of India (NPCI) highlights that the value of transactions through AePS has nearly doubled to approx. INR 219.78 billion in January 2021 from INR 112.87 billion in January last year.

For several SMEs, digital payment services like Paytm, PhonePe, and Google Pay are becoming the first formal banking service. Even a small roadside kiosk now accepts payment digitally using a QR Code. According to a recent survey done by a merchant payment solutions company, India is estimated to experience the fastest growth in the transactions of mobile payments in terms of value, with a CAGR of over 20% between 2019 and 2023.

Alongside, PM SVANidhi scheme is providing an incentive or cashback facility to street vendors for adopting digital transactions. The network of lending institutions and the digital payment aggregators such as Paytm, NPCI (for BHIM), Google Pay, Amazon Pay etc., will help to onboard the vendors for digital transactions. The onboarded vendors will receive incentives in the form of a monthly cashback in the range of Rs.50 to Rs.100.

Even banks are driving the initiative of financial inclusion by shifting towards digital banking. Those living in remote areas and women are now better equipped with banking facilities via an online system. The traditional financial institutions are leaving no stone unturned in moving their operations online, thereby thus allowing financial inclusion to widen its scope.

All in all, the vision is to bring more and more people – especially those who are underserved customers – into the formal financial ecosystem.

(The author is chief executive officer at Comviva. Views expressed are personal and not necessarily that of Financial Express Online.)