How does RCEP fit in with Make in India?

Under the ominous shadow of the US-China trade war and global slowdown, there is urgency in concluding the Regional Comprehensive Economic Partnership (RCEP) agreement. 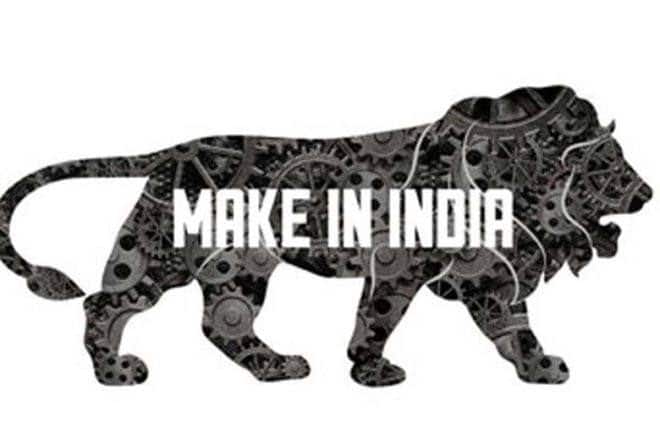 Indeed, in a business-as-usual scenario, mobile phones alone could become India’s second-largest imports in another 5-6 years.

Under the ominous shadow of the US-China trade war and global slowdown, there is urgency in concluding the Regional Comprehensive Economic Partnership (RCEP) agreement. With RCEP set to add China as well as Australia and New Zealand as India’s new free trade partners, how does this trade deal fit in with India’s national priorities for increasing domestic value added production and employment through the Make in India mission? The shift in India’s approach to RCEP from the earlier reticence to the current TINA (there is no alternative) seems to arise from a perceived fear of marginalisation in relation to exports and FDI inflows. This marginalisation fear has two major assumptions underlying it.

The first is that the import of intermediate products and capital goods from partner countries at lower (or zero) tariff rates will increase the competitiveness of India’s final goods exports. Meanwhile, lowering of tariffs by FTA partners will provide expanded export market access. It was on the basis of such bright export prospects for itself that India committed to reducing/eliminating tariffs in a large majority of manufactured goods in her major FTAs with ASEAN, Japan and South Korea.

Also Read
WEF Davos 2023: What can we expect in the field of climate & energy sectors?
India FTA can be clinched this year, but no more visa offers: UK trade minister
India to be $26 trillion economy by 2047-48: EY
Self-employment getting a leg-up from fast growth: PM Narendra Modi

However, the evidence is that easier access to imports has not pushed India to become more competitive, either globally, or in the markets of her FTA partners. After three successive years of negative or dismal growth, India’s total exports grew at 13.1% and 9.5% in 2017 and 2018. “But at USD 322 billion, the 2018 value was still lower than the peak reached in 2013. On the contrary, domestic production has got increasingly displaced by imports such that the number of individual manufactured sectors recording trade deficits has gone up since 2015.

In the case of India’s existing region-wide FTA with ASEAN, ASEAN has achieved greater market penetration in India than what India could achieve in their markets. Consequently, the ratio of India’s trade balance to total trade has worsened with respect to ASEAN. Same is the case for India’s trade balances with her other major FTA partners South Korea and Japan, also part of the RCEP negotiating group. Clearly, increase in firm-level productivity achieved through liberalised access to imports becomes unsustainable after a point, without the upgrading of indigenous technological capabilities. It is therefore unrealistic to expect that India will be able to achieve significantly higher export growth because of a larger free trade zone through RCEP, especially with China’s inclusion in it.

A second argument favouring FTAs is premised on their ability to facilitate FDI. Liberalised trade under region-wide FTAs obviously provides greater flexibility to MNCs to source components from different FTA partners. It is therefore argued that RCEP will enable India to attract more FDI inflows and develop its manufacturing industries through greater integration into GVCs. The theoretical and empirical bases for this argument have been found to be untenable. A large body of empirical evidence shows that the very entry of developing country firms into GVCs is conditional upon their existing level of industrial and technological capabilities.

Ironically, region-wide FTAs make it easier for MNCs to locate the entire production process for particular products in a single country that they consider the most “suitable” or consolidate them in existing vertically integrated locations across a few countries, and import them duty-free into all other markets in the free trade zone. India-ASEAN FTA’s regionally cumulative rules of origin support such production restructuring.

A number of RCEP negotiating countries (including China) have well-diversified and more developed supplier bases than India, thanks to their pro-active and ingenious government support for domestic production and technology development using strategically tweaked trade and FDI policies during earlier years/decades. In such a scenario, incentives for local production in India will get further eroded under an RCEP type agreement.

That is, in the absence of strategic policy measures that help build up indigenous capabilities and create “incentives for localisation” that go beyond tax rebates, trade and investment liberalisation across region-wide FTAs leads to an erosion of the incentives for maintaining/upgrading local production in India by foreign producers. In addition to oft-repeated infrastructural woes, this forms a significant part of the explanation for the relatively low level of real FDI inflows into creating new capacities in the Indian manufacturing sector.

The lack of level playing field in domestic markets from intensified import competition and the option of importing various intermediate products and capital goods duty free, erode indigenous manufacturers’ incentives for local production too and weaken existing domestic backward linkages. Thus whatever local production by both foreign and domestic investors take place become increasingly dependent on imports from abroad, as reflected in India’s growing import and trade deficit figures. (This is also why our imports/trade deficits decline/improve whenever there is an export slow down or a generalised industrial slow down).

Moreover, RCEP negotiations are continuing without any transparency also regarding the nature of negotiations related to investment, e-commerce, intellectual property rights (IPR), etc. WTO-plus provisions in existing FTAs relating to broad definition of foreign investments, rules on the operations of investors, indirect expropriation, etc. have all been found to reduce host governments’ policy capacity for WTO-compatible industrial development strategies.

Similarly, clauses in an e-commerce chapter (or elsewhere) committing to free cross-border data flow can scuttle India’s chances to catch-up with digital industrialisation. Any GATS-plus or TRIMs-plus commitments in services such as telecommunication services, cloud computing, etc. can prevent countries from implementing national laws related to data and making use of the government procurement route to promote our ICT sector. These are critical policy tools in the unfolding data-based economic growth trajectories.

Thus the fear that India will lose out if it does not join RCEP seems quite out of place. For the other negotiating countries, an RCEP without India does not have the same value as an RCEP including India. Indian negotiators must ensure that our national concerns, including those related to meaningful rules of origin to incentivise domestic value added production, are taken on board. RCEP should not become an impediment to realising our national objectives of increasing local production and our ability to put our house in order to benefit from digital industrialisation.

Smitha Francis is Consultant at the Institute for Studies in Industrial Development (ISID). The views expressed are personal.