Amid fall in economic growth, govt must give top priority to this sector to revive growth

GDP numbers, in recent quarters, reveal that there is a slow down in the Indian economy. 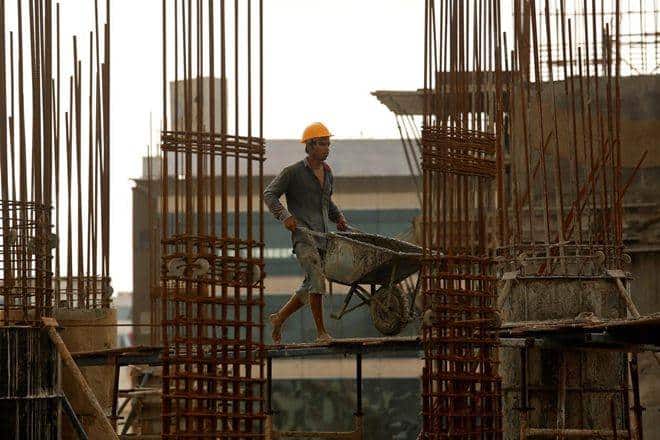 GDP numbers, in recent quarters, reveal that there is a slow down in the Indian economy. GDP estimates for July to September, released on November 29, 2019, show that India’s growth rate has declined from 7.5 percent in 2018 to 4.5 percent in 2019. The growth rate for the April-June quarter was also low, declining from 8 percent in 2018 to 5 percent in 2019. Combined, for April to September of 2019, growth has declined to 4.8 percent from 7.5 percent during the comparable period of 2018. Interestingly, decline in growth during the July-September quarter has been recorded in all sectors except public administration, defense, and other services.

The worst performer was manufacturing with growth rate declining from 6.9 per cent in 2018 to (-) 1 per cent. Similarly, growth in construction activity declined from 9.1 per cent in April-September 2018 to 4.6 per cent during the same period in 2019. Agricultural growth also declined from 5 per cent in 2018 to 2.7 per cent during the year. The foregoing brief analysis reveals that the Indian economy has suffered a setback in the current financial year. Therefore, the Government has initiated measures to address the revival of the industrial sector, including tax concessions to the corporate sector, adequately reflected in booming stock indices. How about reviving the demand and income, in agriculture and rural sector, on which about 70 per cent of the population is dependent and where both informal non-farm sector and agricultural production have suffered significantly.

A sizeable decline in agricultural production, coupled with subdued prices have adversely impacted agricultural income. Unemployment, particularly, in the informal non-farm sector has caused mounting pressure on income generation. The recent rise in MSP has not benefitted farmers significantly as procurement arrangements are not satisfactory in many parts of our country. There is enough evidence of distress sale in rural areas particularly because of time-consuming and cumbersome procedures followed under MSP.

Incidentally, farmers have to produce a certificate from Patwaris showing areas under crops. Farmers need to visit the procurement center with this certificate and Aadhar Card to get the date of delivery of produce. And needs to wait for at least 7 to 10 days to get his turn to sell a limited quantity of his produce and the remaining quantity, over stipulated ceiling limit, needs to be sold to private traders at a lower rate.

At the village level, schemes like Bhawantar (difference in MSP and prevailing market prices) in some of the states and e-NAM have not benefitted farmers to fetch remunerative prices due to lack of infrastructural facilities. Consequently, illustratively, as against MSP of Rs. 7050 per quintal for green gram, farmers have been selling at Rs. 5000 in rural Rajasthan. It is well known that procurement arrangements are made at the APMC level and farmers are unable to transport their produce to APMC due to the small size of the marketable lot. Urgent household needs also force them to dispose-off produce at the village level itself.

Empirically, a number of studies reveal that producer gets about 40 per cent to 50 per cent of consumer rupee except in the case of Amul milk (about 80 per cent), and Paayas in Rajasthan and Mahi in Gujarat (with about 85 per cent). Thus, elimination of middle men alone will increase the farmers’ income substantially. In this context, organizing producer companies – a unique combination of co-operative spirit with corporate culture in rural areas will revive the rural economy. However the existent limit of Rs. 100 crore turn-over to avail of tax concession should be done away to enable producer companies to avail benefits of economies of scale. The present scheme of PM Krishi Saamman Nidhi Yojana envisaging subsidy of Rs. 6000 in a year to small farmers, though a step in the right direction, is inadequate and coupled with cumbersome procedures/ paper work have undermined its effectiveness. And, then a sizeable number of agricultural laborers and other rural poor remained out of the purview of the scheme. Furthermore, an informal division of land amongst adult sons staying separately also restricts their eligibility under the scheme. In this backdrop, it is suggested that instead, outlay under MNREGA, with an increased number of days, wage rate and scope of activities, would help to generate employment and income in rural areas.

As the non-farm income of rural households has gone up to 50 per cent, we must encourage non-farm activities in rural areas to augment income. Non-farm activities like fertilizers and pesticide shops, mobile operators, bike and cycle repairs shop, etc. should be encouraged under Mudra finance by stipulating targets for rural areas. Similarly, other tiny home and cottage industries should be developed in rural areas through incentive or subsidy. Rurbanisation and provision of urban facilities in rural areas should be taken up on mission mode to prevent rural migration.

It is well known that the present system of MSP suffers from a number of limitations. Important among these are – i) only farmer labor cost is included in addition to inputs taken into account and not interest and profit element are not included while computing the cost of production, ii) coverage is restricted to only 23 commodities and not too many other essential commodities like onions. According to estimates, procurement operations accounted for little over 5 to 6 per cent of value of crop output and about 1 to 1.5 per cent of total value of agricultural output, iii) procurement operators are taken up during a limited period at important mandis or APMCs, and only restricted to few states that too in limited area. This apart Agricultural Cost and Price Commission should have statutory powers to ensure mandatory implementation of its recommendations on the pattern of other statutory commissions like Human Rights Commission, State Planning Commissions to take care of farmers’ interest particularly relating to agricultural prices in every nook and corner of India. There is a case for state level Agricultural Cost and Price Commission to ensure regional planning, supervision and information flow.

And finally, unlike in the industrial economy where supply creates its own demand, in the agricultural economy it is the demand that generates its own supply. Therefore emphasis should be focused on reviving demand in rural areas through employment and income generation. This may soon revive the manufacturing and service sectors as well.

(CL Dadhich is Honorary Secretary of Indian Society of Agricultural Economics and Charan Singh is Chief Executive, EGROW Foundation. The views expressed are the authors’ own)