The expo is taking place in Gujarat state this time and has been extended by a day as there is a lot of interest from the local people. 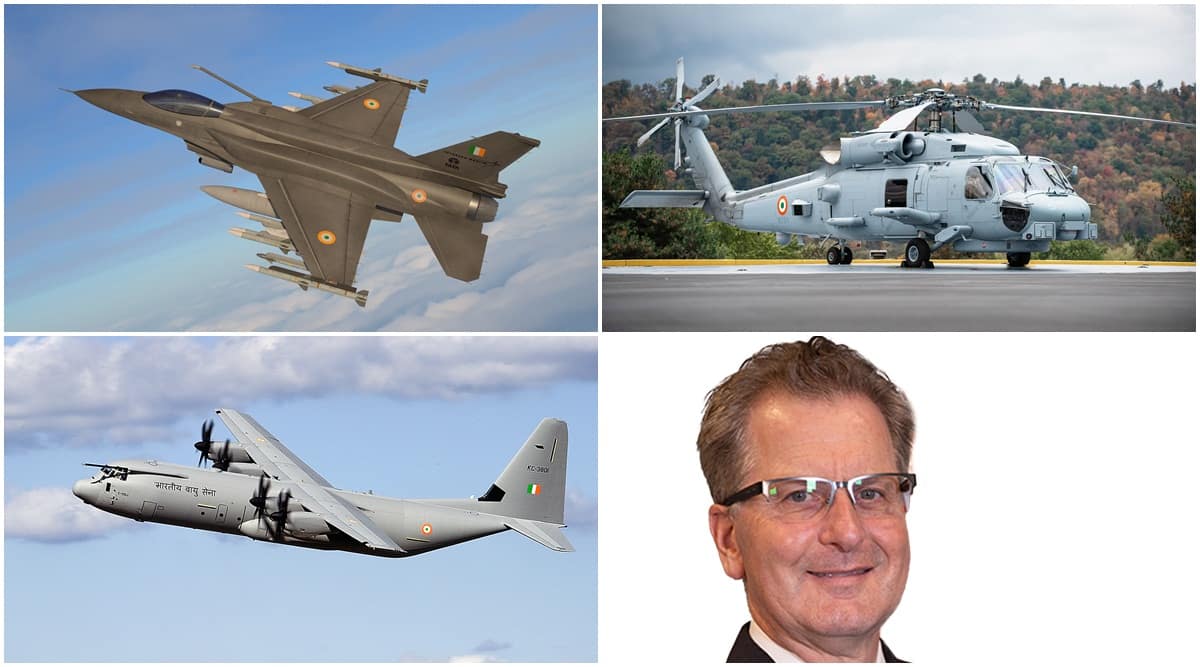 US based Lockheed Martin which has been present in India over three decades will showcase a diverse portfolio of missiles, aeronautics, rotary mission systems and much more at the 12th DefExpo 2022 which is taking place in Gandhinagar, Gujarat next month.

The expo is taking place in Gujarat state this time and has been extended by a day as there is a lot of interest from the local people. Now the expo is from March 10-14, 2022.

What will be displayed?

The biggest attraction, according to the company, this year will be a `Made in India’ most technologically advanced complex aerostructures – and this is fuel-carrying, 9G, 12,000 hour, interchangeable/replaceable fighter wing.

According to the company, this technologically advanced structure has been manufactured at Tata Lockheed Martin Aerostructures Limited (TLMAL) facility located in Hyderabad.

This facility exemplifies the country’s “Make in India” goals. Also, it serves as the single global source of C-130J empennage assemblies which are installed on all new Super Hercules aircraft.

Last year in September the facility TLMAL touched a major milestone of manufacturing and delivering the 150th C-130J empennage.

The company will showcase C-130J Super Hercules airlifter which is part of the Indian Air Force (IAF) fleet and represents a strong legacy of partnership between India and the US. This aircraft has been the workhorse of IAF and has been used in various missions including humanitarian aid and cargo delivery. As has been reported earlier, during the second wave of COVID 19, this aircraft was used extensively for transportation of medical aid, relief materials, across the country. It was also deployed to provide equipment and carry personnel to the areas which were impacted by cyclones Yaas and Tauktae.

With the Indian Navy getting ready to receive three MH-60R Romeo multi-mission helicopters this summer, for the first multi-role helicopter squadron, this will be another attraction at the company’s display. Financial Express Online has already reported that the Indian Navy will get a total 24 MH-60Rs from Lockheed Martin. This helicopter is considered to be the most advanced maritime helicopter in the world and will strengthen the Indian Navy’s anti-submarine and anti-surface warfare capabilities to the Indo-Pacific region.

The US Company which had first offered its F-16 fighters for the IAF, in 2019 launched F-21 at the Aero India. According to officials in 2019, the F-21 has the capabilities which addresses the unique requirements of the IAF.

This year the company is back with the aircraft and is leveraging both 4th and 5th generation technologies to offer the best solution for the IAF’s capability needs.

It has also offered to build this aircraft jointly with TLML in India. The American aerospace company is ready to provide make in India industrial opportunities, and help in accelerating India-US cooperation on advanced technologies too.

In 2021, at Aero India, a Letter of Intent was signed between Lockheed Martin and Tata Advanced Systems Limited to team up for the S-76D offering for Indian Naval Utility Helicopter (NUH) program. This helicopter, which according to the company has an unmatched record of safety and reliability will be another attraction.

As a part of the Javelin Joint Venture, Lockheed Martin also produces the Javelin anti-tank guided missile system. It has the ability to operate through adverse weather and battlefield conditions and can be deployed in different environments.

“We will get to showcase our advanced technologies directly and we are looking forward to exploring new relationships across the country, including with large, Micro, Small & Medium Enterprises (MSMEs) and start-ups during the trade show,” said William L Blair, vice president and chief executive, Lockheed Martin India.

Referring to the joint ventures with Tata as a testament to the success of `AtmaNirbhar Bharat, Mr Blair said “The Company is committed to assisting in the growth of India’s strategic security capabilities and development of an indigenous defence manufacturing ecosystem in India.”