The furniture brand’s retail roadmap includes city stores in Delhi, Mumbai and Bengaluru, followed by tier I and II towns 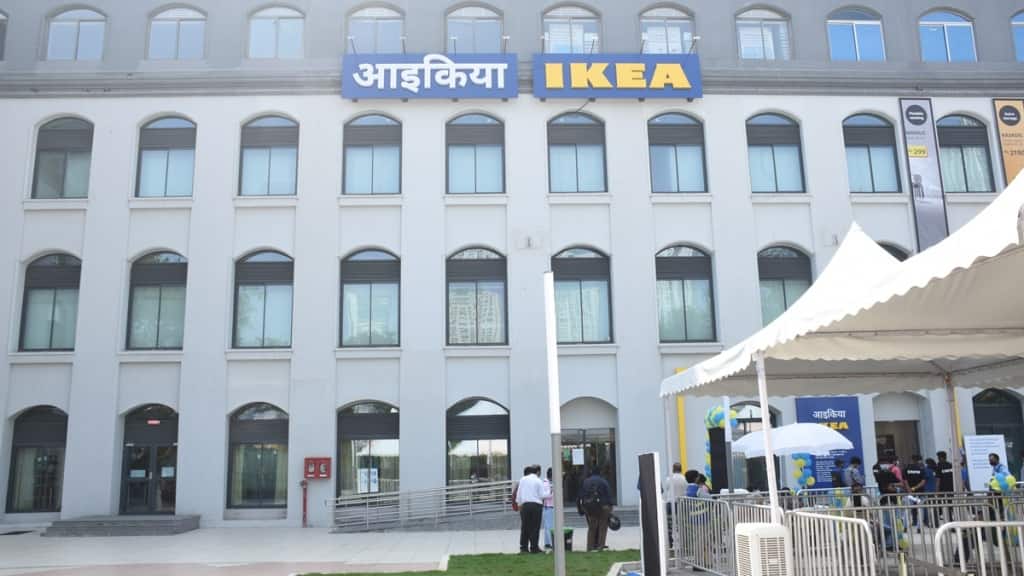 For the Ikea model to succeed, adequate demand-concentration is crucial, which is being currently provided by the bigger cities in India.

After launching two large-format stores in India in a span of three years — one each in Hyderabad and Navi Mumbai — Ikea opened its first small-format store in Worli, Mumbai, to become “more accessible and convenient”. About 90,000 sq ft in size, these ‘city’ stores are already present in markets such as New York, London, Paris, Moscow and Shanghai.

The furniture market in India stood at $17.77 billion in 2020, and is expected to reach $37.72 billion by 2026, growing at a CAGR of 13.37%, according to a Research and Markets report. Godrej Interio, UrbanLadder and Pepperfry are among the big players in this space, all with a significant online presence, too. Godrej Interio has 300 exclusive stores in India, while Pepperfry has more than 110 Studios.

Spread across three floors, Ikea’s first city store has 9,000 products in focus, of which 2,200 are available for takeaway and the rest for home delivery. “We have observed that it is not easy to find large retail locations in cities like Mumbai and Bengaluru. The small store offers convenience and accessibility for consumers to experience Ikea products,” says Per Hornell, area manager and country expansion manager, Ikea India. This launch is in line with the company’s aim to become accessible to 200 million homes in India by 2025, and 500 million homes by 2030.

More launches are being planned: another city store in Mumbai in the spring of 2022 and a large-format store as well as a city store in Bengaluru by the end of 2022. For its retail expansion in Maharashtra, the company plans to invest Rs 6,000 crore by 2030. “We are on track to exceed the investment commitment of Rs 10,500 crore made for India in December last year,” adds Hornell. Delhi, Mumbai and Bengaluru are the three cities on its radar at the moment, which will be followed by tier I and II towns.

Furthermore, Ingka Centres, part of Ingka Group that includes Ikea Retail, is coming up with its first shopping centre in Gurugram (followed by Noida), which will be integrated with an Ikea store.

In India, unlike its organised furniture market competitors, Ikea doesn’t have a pan-India online presence yet. It has been following a “cluster-based expansion strategy” for its online offering, but the company insists this is not a limitation. “At present, 30% of our overall India sales come from online channels,” Hornell informs. Through its e-commerce website and mobile shopping app, the company currently operates in Hyderabad, Mumbai, Pune, Bengaluru, Surat, Ahmedabad and Vadodara.

On the other hand, players like Godrej Interio and Pepperfry have big plans to tap new markets. The former aims to add 50 exclusive stores each year, while Pepperfry aims to achieve the 200 Studios mark by March 2022. In September this year, Pepperfry forayed into the customised furniture segment with the Pepperfry Modular offering, which focusses on modular kitchens, wardrobes and entertainment units.

This is a good time for Ikea to establish its presence in the Indian market, says Alagu Balaraman, CEO, Augmented SCM. “Earlier, people used to rely on carpenters for furnishing their homes; now, they prefer to buy ready-made furniture. The market is moving towards acceptability, making plenty of headroom for growth for these companies,” he says.

Ikea’s cautious expansion approach in a market like India where several local dynamics are at play, is tactful, analysts say. Devangshu Dutta, founder, Third Eyesight, says, “In the past, Western businesses have made the mistake of simply copy-pasting formats and strategies in emerging markets from their more developed markets.” He believes there is “nothing wrong” in being incremental while growing footprint. “There’s no sense in carpet-bombing the market with stores, when many may end up being loss-making or sub-optimal,” he adds.

Getting the product mix and pricing right would be key in realising the full potential of this market. Balaraman says Ikea will have to balance its global portfolio with what it is doing locally, and make sure it is profitable.

For the Ikea model to succeed, adequate demand-concentration is crucial, which is being currently provided by the bigger cities in India. Given its global popularity, the furniture giant, analysts say, is poised to see traction in the metros and tier I cities.